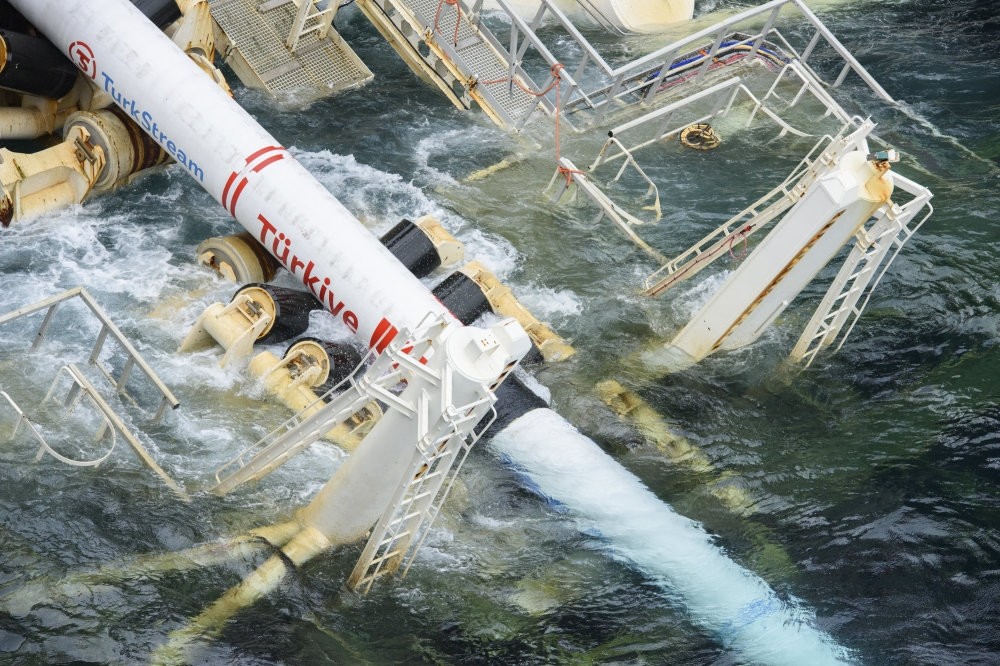 Swiss marine company Allseas' TurkStream project Manager Pieter Smit emphasized that there have been no delays in the TurkStream project — a mega natural gas pipeline project that will carry 31.5 billion cubic meters (bcm) of Russian gas to the European market via Turkey — with more than 80 percent of the first phase to carry Russian gas to Turkey complete and expected to be finalized in the spring.

Smit, who has been working on TurkStream since its launch in 2014, emphasized that Allseas operations continue with a solution-oriented approach. The company, he noted, does not expect any delays in the project.

The Allseas manager pointed out that Pioneering Spirit, deployed for TurkStream's pipeline construction, is the world's largest pipe-laying vessel. "The vessel continues to operate safely and securely. Everything is going smoothly in the TurkStream project, and the first phase to deliver Russian gas to Turkey is more than 80 percent complete. Our company expects the first phase to be completed by spring," he said.

The project's pipe laying was initially carried out by the 225-meter-long vessel Audacia owned by Allseas, the construction contractor for both lines of the gas line's offshore section. The operation is currently being conducted by Pioneering Spirit in the Black Sea. Once the lines are near Turkish shores, another pipe-laying vessel will complete the last 2 kilometers.

For the whole project, approximately 150,000 pipes will need to be laid. The company has received more than 80,000 pipes via vessels from Varna, Samsun, Trabzon and St. Petersburg.

Pioneering Spirit Capt. Fred Regtop said the vessel is on duty 24 hours a day with a crew of 560. Regtop underscored that the project is on schedule. "We are advancing in the Black Sea as planned, and we have completed 764 kilometers of the pipeline that will deliver gas to Turkey," he affirmed.

The offshore pipeline will consist of two parallel pipelines running through the Black Sea. The pipelines will enter the water near Anapa, on the Russian coast, and come ashore on the Turkish coast some 100 kilometers west of Istanbul, near the village of Kiyikoy. The first pipeline will carry 15.75 bcm of Russian gas to Turkey. The second, currently under construction with 224 kilometers complete, will deliver gas to European target markets via Turkey. The whole project is expected to start operating by the end of 2019.