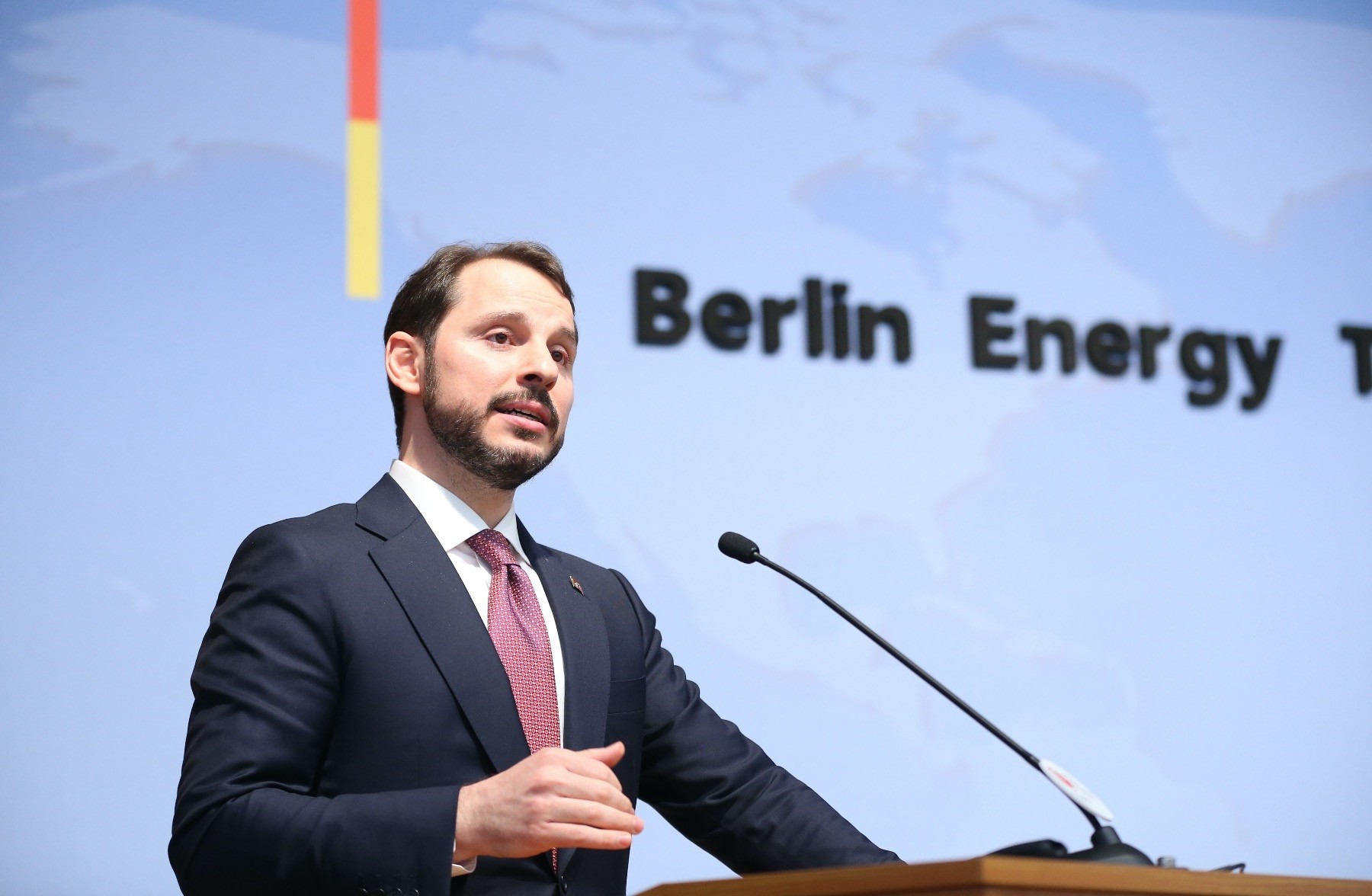 Engaging in a multinational energy project that aims to ensure the energy supply security of Europe, Turkey will continue to become an important partner for the continent to sustain resource diversification and supply security, Energy and Natural Resources Minister Berat Albayrak emphasized at the Berlin Energy Transition Dialogue Conference's panel entitled "Contribution of Renewables to Energy Security."

Minister Albayrak elaborated on the essential quality of renewable energy resources for an ever-increasing global energy demand while sharing remarks on the Turkey-Europe energy partnership.

Albayrak pointed out that the world has recently gone through an economic and political transition. "Within the new ecosystem, in a period when the East and West economies and consumption and growth are separated, we can put forward a rational and reasonable strategic plan that will create an accurate synergy based on the win-win model," Minister Albayrak noted. "As Turkey, with the dynamic energy growth potential forming the basis of our economic growth, we will continue to be a safe haven in the unstable countries and regions and most importantly an important partner for Europe at the point of resource diversity and energy supply security."

Informing the conference that in renewable energy, costs have fallen and technology is advancing very quickly, Albayrak said renewable energy is very important in terms of the resource diversity of the foreign-dependent countries in energy, such as Germany and Turkey. "We think that renewable energy is very important in terms of resource diversification and supply security. Turkey reaches $44 billion in annual energy imports alone in line with the average of the last 10 years, Albayrak continued. "It is a country that imports 90 to 95 percent of oil and natural gas. As a country that provided 70 percent of its electricity consumption from import-based sources up until now, we have made it a priority to take important steps in renewable energy in this framework."

"We are confronted with a much bigger challenge in the coming period, given the fact that more than 1 billion people in the world we live in today cannot benefit from energy and electricity and that the increase in demand develops more intensely in the East," Minister Albayrak said.

Minister Albayrak said at least a third of the increase in energy need and demand in the world will come from China and India before 2030, noting that there has recently been a very rapid transition process in the world.

"We are rapidly moving toward a turning point where producers will become consumers and consumers will become producers. The strategic change and transformation plans to be implemented here are of great importance," Albayrak said, stressing that because of the fact that the world faces very different tests, technology offers a great competitive advantage in terms of adapting to the new period.

Albayrak said the role of renewable energy in the sector has reached a very different point today compared to 20 years ago.

Albayrak noted that in last year's Renewable Energy Resource Areas (YEKA) wind tender, the price of $3.48 per kilowatt-hour (kWh) was a sign of the competition in renewables, suggesting that these prices pave the way for renewables in terms of energy demand based on many conventional fuels. "We will continue to build our strategy to become one of the pioneering countries in the world in this field with the state's support by creating a 10-megawatt [MW] capacity in wind and solar each for 10 years at the point of YEKA in this frame," Minister Albayrak said. "We also need to see that as a country that provides about 50 percent of its 86,000-MW installed power from renewable sources, we will provide a resource diversity and infrastructure in an energy-rich geography. In this process where renewable resources are being stored in a competitive and sustainable model with developing technologies in the world, we have to serve this purpose as well."

The students attending the center made presentations about the projects and applications in the field of industry 4.0. Explaining Turkey's renewable energy strategy, objectives and the advantages provided for investors at the "Contribution of Renewables to Energy Security" panel held within the scope of the Berlin Energy Transition Dialogue Conference, Minister Albayrak came together with Germany's Minister of Economic Affairs and Energy Peter Altmaier on Tuesday.