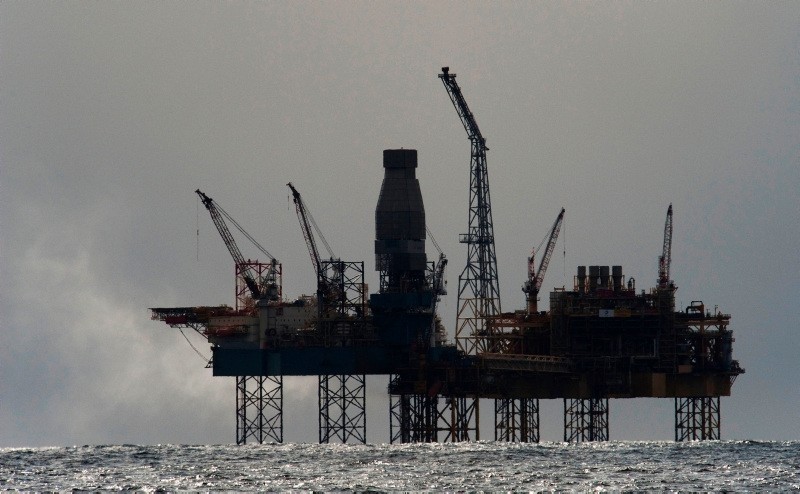 Shortly before 1000 GMT, Brent North Sea crude for delivery in July jumped to $80.18 a barrel -- the highest level since November 2014 -- after a gain of more than one percent compared with Wednesday's close.

Global oil supplies could be hit by President Donald Trump's decision to pull the United States out of the Iran nuclear deal, and also by falling production in crisis-hit Venezuela, the International Energy Agency said on Wednesday.

Iran has meanwhile said that Chinese state-owned oil company CNPC will replace Total on a major gas field project in the country should the French energy giant pull out over renewed US sanctions against Tehran.

Prior to Thursday's oil-price rally, crude futures had already been rising strongly thanks to steady demand growth and a landmark deal by oil producing countries, both inside and outside the OPEC cartel, to lower output.

Oil's rise could meanwhile further push up inflation, impacting growth by quickening the pace of expected rises for interest rates.

"Clearly the recent rise in oil prices is going to pose a problem for some central banks due to the temporary impact it will have on the inflation data, especially when you consider that in the past year, Brent crude prices are up more than 50 percent," Craig Erlam, senior market analyst at Oanda trading group, told AFP.

"The biggest test may come in countries that are already seeing target or above target inflation like the UK."

With markets expecting inflation to pick up pace, including for other reasons such as improved wages growth, 10-year US bond yields have hit seven-year highs, adding to expectations for a series of US rate hikes this year.

"The ghost of the 10-year Treasury yield has returned to spook markets again, with equities failing to make much progress as attention fixates on the key global benchmark," Chris Beauchamp, chief market analyst at IG trading group, said Thursday.

On currency markets, the dollar has benefited from bets on higher U.S. rates, keeping it around multi-month highs against its major peers.

The greenback is holding at 2018 highs against the euro, also as horse-trading to form an Italian government fuels uncertainty in one of the eurozone's biggest economies.

A string of disappointing data on the economic bloc is also bearing down on the single currency.

Heading towards the weekend, market focus was also on the resumption of talks between the US and China on resolving a tariff spat that has seen each side threaten duties on billions of dollars of goods and which some fear could spark a damaging trade war.

There are hopes they can find a breakthrough after a recent gathering in Beijing ended without agreement.

Developments on the Korean peninsula are also in focus after the North's leader Kim Jong-Un warned he would pull out of a historic summit with Trump because of Washington's demands over its nuclear program.