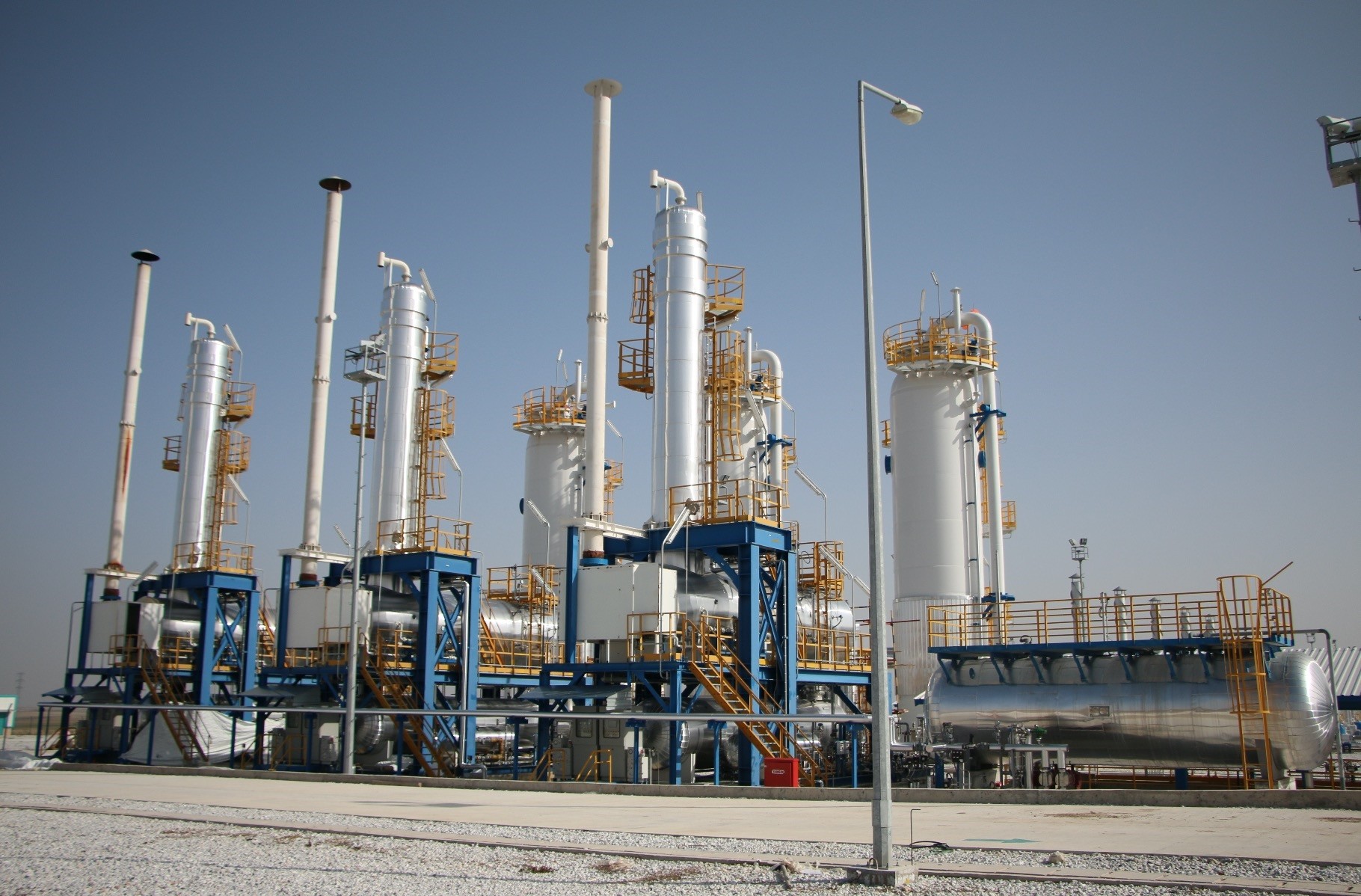 Once the expansion is complete, the Lake Tuz Underground Gas Storage Facilityu2019s capacity will increase to 5.4 billion cubic meters.
by daily sabah
May 24, 2018 12:00 am

The World Bank approved a $1 billion loan package for Turkey yesterday. A $600 million share of the package will be allocated to the gas storage expansion at Lake Tuz, the rest will be used in projects to raise women's participation rates in the labor force

The World Bank has approved two separate loans for Turkey worth $1 billion in total to back a gas storage expansion project and various projects that promote labor market participation for women. The bank's Board of Executive Directors yesterday approved a $600 million loan for the Gas Storage Expansion Project in Lake Tuz, a World Bank statement said. With the latest loan, the total amount of credit World Bank has provided for the Lake Tuz Underground Gas Storage Facility reached $1.3 billion. At the end of the expansion project, its capacity will reach 5.4 billion cubic meters, which corresponds to 10 percent of Turkey's annual gas consumption. The investment cost of the project is estimated to reach $2.5 to $2.7 billion.

The project aims to increase the reliability and security of gas supply in Turkey by expanding the underground gas storage facility at Lake Tuz in Central Anatolia.

In November 2005, the World Bank approved a $325 million loan for a first gas storage project at Lake Tuz. In July 2014 it approved an additional financing of $400 million for that initial project, which will provide storage for about 1 billion cubic meters of gas. The Gas Storage Expansion project will support the Turkish government's efforts to quintuple the size of the storage facility at the same location.

The Gas Storage Expansion Project will be implemented by Turkey's Petroleum Pipeline Corporation (BOTAŞ) and will consist of three components.

The first phase is Lake Tuz Gas Storage Expansion Plant involves building an underground gas storage facility within a salt formation close to the lake. Upon completion, the plant will raise the capacity of working natural gas storage by about 4 billion cubic meters. The second part will cover the construction supervision and monitoring while the third component will focus on environmental and social impact assessment (ESIA) and the resettlement action plans (RAP) monitoring.

On the occasion of the loan approval, World Bank Country Director for Turkey Johannes Zutt said: "The gas storage facility at Lake Tuz is the first of its kind in Turkey and one of few such projects globally. The facility will play a key role in improving Turkey's energy security and in enabling flexibility in meeting the growing demand for natural gas among households and businesses."

"In particular, the facility will help to ensure that enough natural gas is available to consumers at all times, especially when global supplies are tight or when demand escalates suddenly due to winter cold," Zutt said.

The project contributes to the Turkey Country Partnership Framework (CPF) for the 2018-2021 fiscal years by supporting the aim to improve the reliability of energy supply, the statement added.

It is also expected to help Turkey lower its greenhouse gas emissions by reducing dependence on coal, especially in the winter months. Increased flexibility in the natural gas supply will also support greater integration of renewables as they become a larger part of Turkey's energy mix.

"Financing the proposed Gas Storage Expansion Project is an integral component of the World Bank's program of policy, technical and financial assistance in Turkey to support energy reform in general and gas sector reform specifically," the World Bank statement read.

With this project, the World Bank enables Turkey to raise financing from other sources, including commercial finance through due diligence on BOTAŞ's technical, procurement, and environment and social safeguards work on the project, the bank emphasized in its statement.

The Asian Infrastructure Investment Bank (AIIB) is a co-financier of the project. The lending instrument for the Gas Storage Expansion Project is an International Bank for Reconstruction and Development (IBRD) Flexible Loan with 22.5-years maturity, including a seven-year grace period.

$700 million was invested in this capacity, which could be described as the first phase in the project, as 1.2 billion cubic meters of gas could be stored in a total of 12 caverns of the plant with the commissioning of the remaining six caverns.

While the ongoing second phase is planned to be commissioned in 2023, a further investment of approximately $2 billion is needed within the scope of the expansion studies, which will enable storage in a total of 60 caverns.

The facility will be able to supply 44 million cubic meters of gas to the national network every day when the first phase is commissioned by the end of this year, this capacity can reach up to 80 million cubic meters per day after the completion of the expansion works.

The first gas was compressed at the Lake Tuz Underground Natural Gas Storage Facility on Feb. 10, 2017, with a ceremony attended by President Recep Tayyip Erdoğan, Prime Minister Binali Yıldırım and the Minister of Energy and Natural Resources Berat Albayrak.

The World Bank's Board of Executive Directors also approved a $400-million loan for the inclusive access to finance project in Turkey, according to the bank.

"The Project's aim is to improve access to longer-term finance for women-inclusive enterprises and enterprises in less developed subregions affected by the influx of Syrians Under Temporary Protection (SuTP)," the bank said in a statement.

Guaranteed by the Turkish government, the project will be intermediated by Turkey's Industrial Development Bank (TSKB), which will be the borrower and implementing agency, the statement stressed.

At least 60 percent of the total International Bank for Reconstruction and Development (IBRD) loan amount will be earmarked for small and medium-sized enterprises (SMEs), defined as firms employing fewer than 250 people.

World Bank's Turkey country director said the bank has been working through various channels to expand the availability of long-term finance in Turkey.

"Businesses led by women face particular constraints to obtaining finance, and this project is expected to help participating banks to expand their outreach to such businesses," Zutt said.

"Besides helping women-inclusive businesses, this project also aims to provide better access to finance to businesses active in areas with large refugee communities, thus expanding job opportunities for both the refugees and the Turkish communities that are hosting them," he added.