Investments will continue to pour in after June 24, says Energy Minister Albayrak 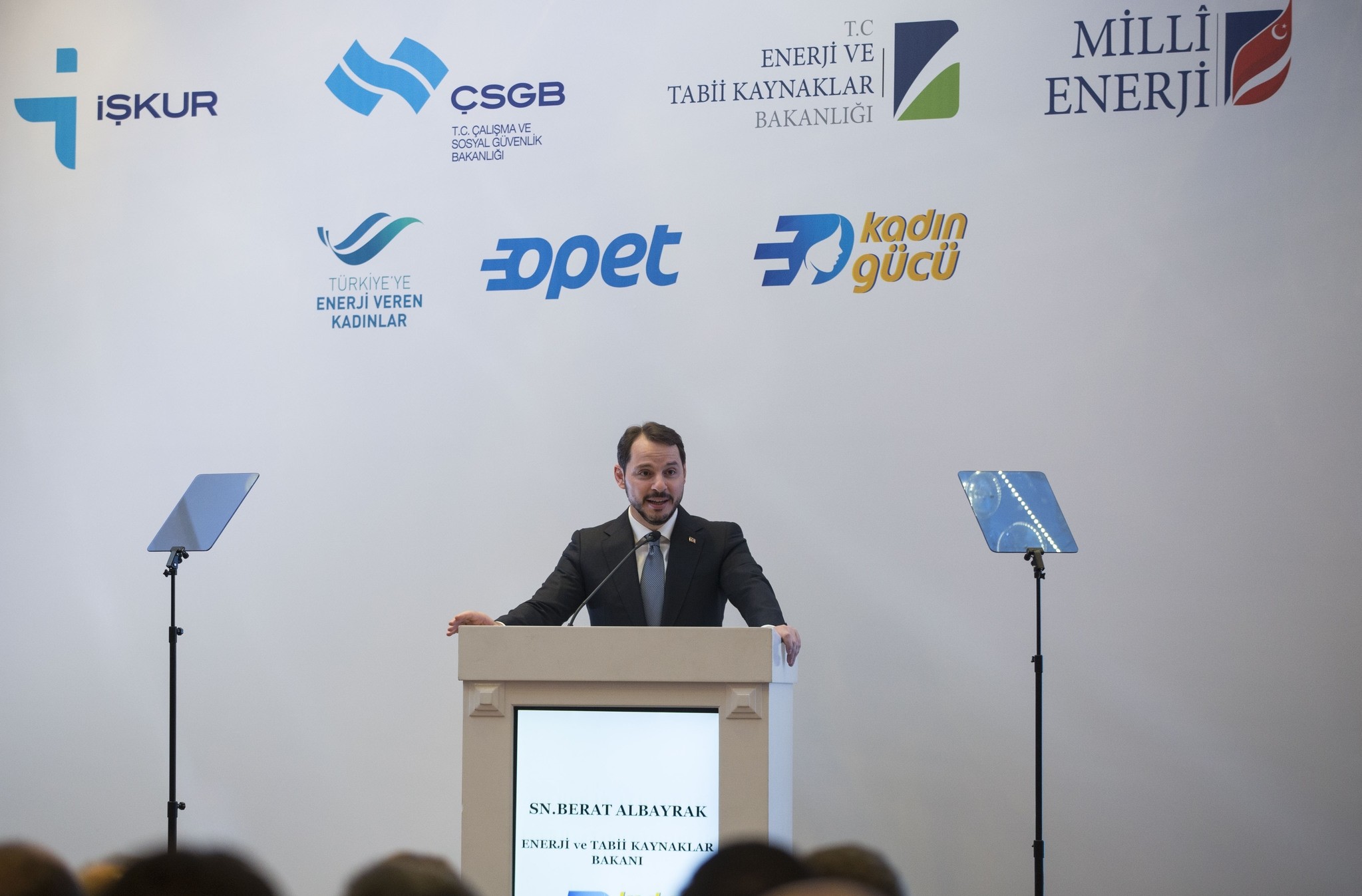 Energy Minister Berat Albayrak said yesterday that investment flows into Turkey will continue after the June 24 presidential and parliamentary elections, citing the World Bank's approval of two separate loans for Turkey worth $1 billion in total to back a gas storage expansion project and various projects as proof of confidence in the Turkish economy.

Speaking at an event to promote women's employment in the labor force, Albayrak said a change of mentality was needed to increase the rate of women's participation in the economy, adding that studies showed that increased rate of women workers increased profitability.

The World Bank's Board of Executive Directors on Tuesday approved a $600 million loan for the Gas Storage Expansion Project in Lake Tuz. With the latest loan, the total amount of credit World Bank has provided for the Lake Tuz Underground Gas Storage Facility reached $1.3 billion. At the end of the expansion project, its capacity will reach 5.4 billion cubic meters, which corresponds to 10 percent of Turkey's annual gas consumption.

The investment cost of the project is estimated to reach $2.5 to $2.7 billion. The project aims to increase the reliability and security of gas supply in Turkey by expanding the underground gas storage facility at Lake Tuz in Central Anatolia.