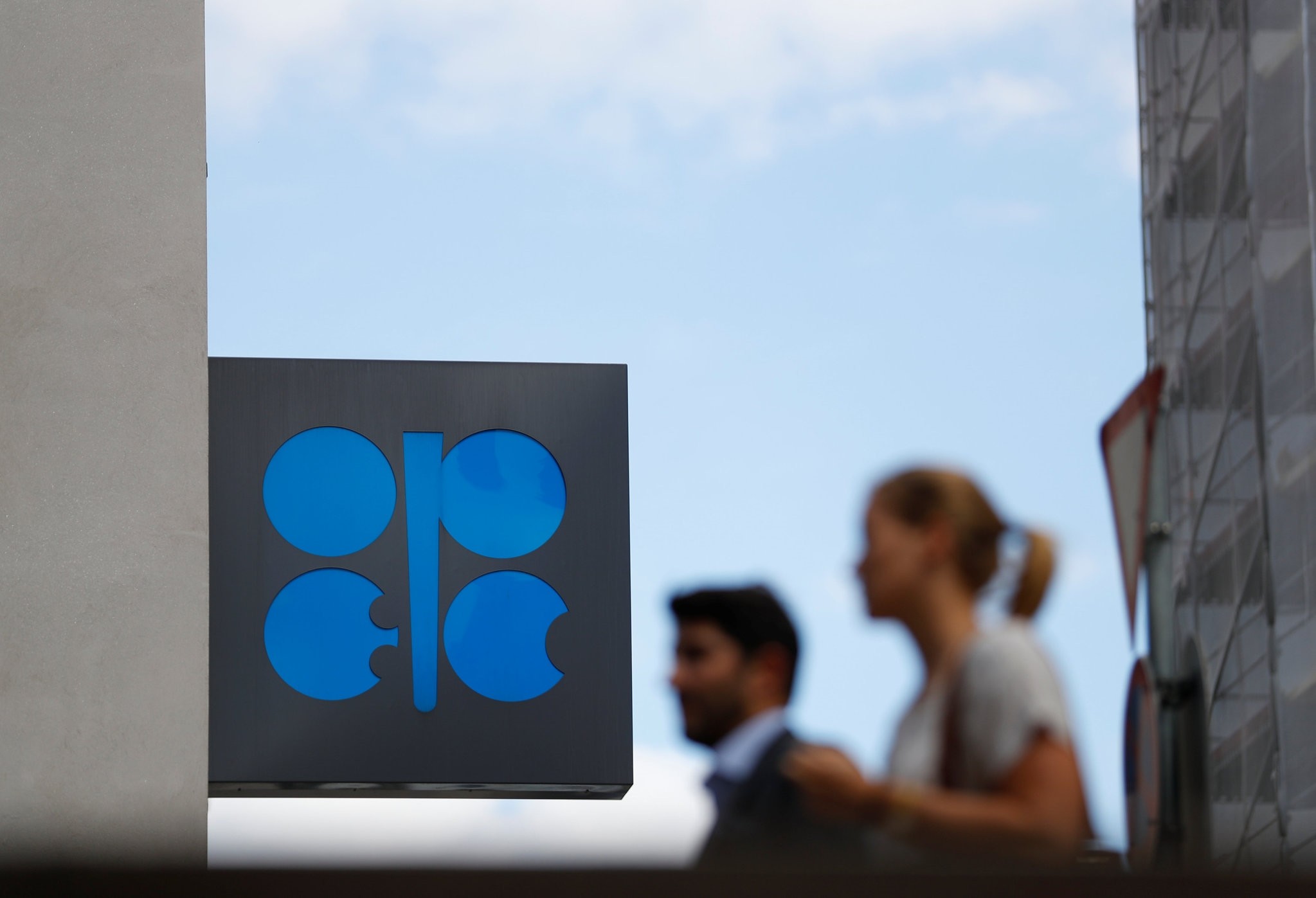 People pass the logo of the Organization of the Petroleum Exporting Countries (OPEC) in front of OPECu2019s headquarters in Vienna, Austria, June 19.
by Jun 21, 2018 12:00 am

While the rift regarding the rise in oil production among producers is on going ahead of an OPEC meeting tomorrow, Iran hinted that it could vouch for a modest rise in supply while Russia and Saudi Arabia seek steep output increase to meet growing demand

Iran signaled yesterday it could compromise on a small increase in OPEC oil output when the group meets this week, as Saudi Arabia scrambled to convince fellow members on the need for a larger rise in production.

The Organization of the Petroleum Exporting Countries meets tomorrow to decide on output policy amid calls from major consumers such as the United States and China to cool down oil prices and support the global economy by producing more crude.

Iran said on Tuesday OPEC was unlikely to reach a deal, setting the stage for a clash with kingpin Saudi Arabia and non-member Russia, which are pushing to raise production steeply from July to meet growing global demand.

Iranian Oil Minister Bijan Zanganeh said yesterday OPEC members that had overdelivered on cuts in recent months should return to compliance with agreed quotas. That would effectively mean a modest boost from producers such as Saudi Arabia that have been cutting more deeply than planned despite production outages in Venezuela and Libya.

"OPEC could keep the same deal with compliance going back to 100 percent," said an OPEC source who is aware of Iran's stance.

OPEC Secretary-General Mohammad Barkindo said he was confident there would be a deal.

Russia has proposed OPEC and non-OPEC raise output by 1.5 million barrels per day (bpd), effectively wiping out existing production cuts of 1.8 million bpd that have helped rebalance the market in the past 18 months and lifted oil to $75 per barrel. Oil was trading as low as $27 in 2016.

OPEC members Iran, Iraq and Venezuela have opposed a relaxation of production cuts, fearing a slump in prices.

But a decision to increase output could be taken with Iran refusing to sign up, as has happened before in OPEC.

Iran has so far been the main barrier to a deal, with Zanganeh saying OPEC should not yield to pressure from U.S. President Donald Trump to raise output.

He said Trump had contributed to the rise in prices by imposing sanctions on Iran and Venezuela, which will likely lead to lower exports.

Zanganeh said he would leave Vienna tomorrow even before OPEC holds talks with non-OPEC producers the next day, but efforts were underway to convince Iran to participate in a deal.

Sources said Saudi Arabia did not want to be seen as putting too much pressure on Iran and hence Russia was instead trying to convince Tehran.

Zanganeh is due to attend a ministerial committee today, two sources said. Iran is usually not part of the committee, which includes Russia, Saudi Arabia, the UAE, Oman, Kuwait, Algeria and Venezuela.

Adding to the complications was the lack of a unified position among usually aligned Gulf oil producers ahead of the tomorrow meeting, according to two sources familiar with the talks.

Some of Saudi Arabia's traditional allies - the United Arab Emirates, Kuwait, Oman and Bahrain - believe Riyadh was too quick to respond to U.S. calls for higher output, and have been rattled by close Saudi coordination with Russia, sources said. There are different views on how much to increase production and whether such a move should be gradual, one source said following a meeting of Gulf oil ministers on Tuesday evening.

Iraqi Oil Minister Jabar al-Luaibi said yesterday he hoped there would be agreement when OPEC meets but added: "The oil market has not reached the level of stabilisation."