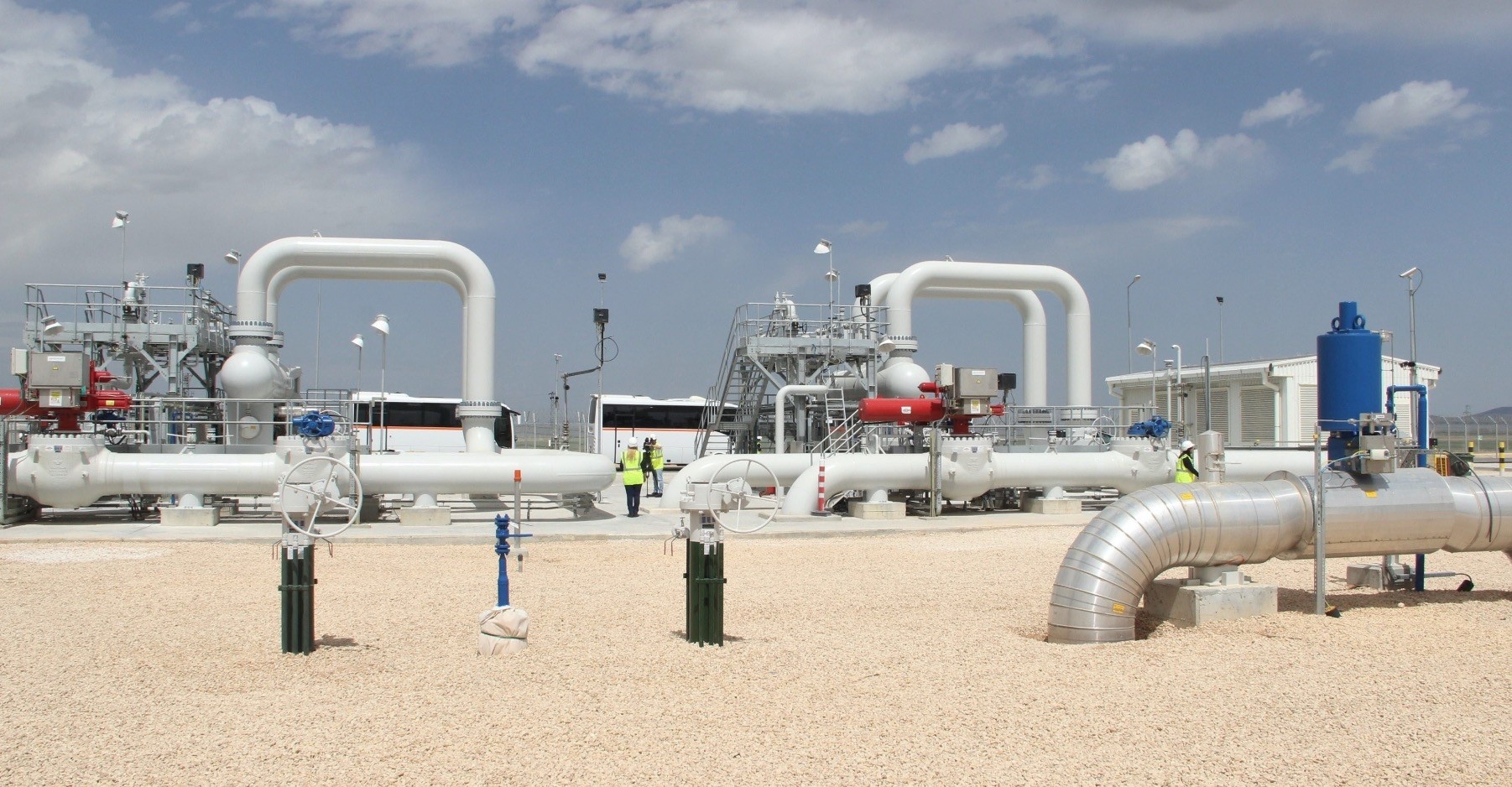 Gas pipes and valves in Turkeyu2019s central Anatolian city of Eskiu015fehir through which Trans-Anatolian Natural Gas Pipeline (TANAP) passes.
by Daily Sabah with AA Aug 13, 2018 12:00 am

Among the European countries including EU members and non-members, Turkish households were provided the cheapest natural gas last year and Turkey is working with dedication to accomplish its goal to become an attractive gas hub with the launch of natural gas stock exchange soon

Turkish households consumed the cheapest natural gas in Europe in 2017, paying 2.4 euro cents for per kilowatt-hour (kWh) electric equivalent of gas, according to the Statistical Office of the European Union (Eurostat). Turkey topped the list for cheapest natural gas for households among 21 EU countries, as well as Moldova, Macedonia and Serbia.

Meanwhile, Kosovo had the cheapest electricity prices for households, spending only 6.5 euro cents for per kWh of electricity. It was followed by Serbia at 7.3 euro cents and Macedonia at 8.1 euro cents.

Turkish households had the fourth cheapest electricity price at 9.5 euro cents for per kWh of electricity, followed by Bulgaria at 9.7 euro cents.

Among the 32 countries, Belgium had the most expensive electricity price for household usage, 28.4 euro cents for per kWh, followed by Denmark at 26.6 euro cents, Portugal at 23.5 euro cents, Ireland at 21.1 euro cents and Austria at 19.3 euro cents.

The price and reliability of energy supplies are key elements in a country's energy supply strategy. Gas prices are of significant importance to ensure international competitiveness because gas might represent a significant proportion of total energy costs for industrial and service-providing businesses.

In contrast to the price of other fossil fuels, traded on global markets with relatively uniform prices, there is a wider range of prices within the EU member states for natural gas as the statistics have shown.

While EU has taken major steps to liberalize its energy market since the 1990s, Turkey has also initiated the liberalization of its energy sector. In 2001, the country took steps to create a liberalized, transparent and reliable natural gas energy market, where reference prices are set for contracts in a stable environment.

The success and effectiveness of electricity companies trading on EPİAŞ led to the demand for a spot natural gas market to provide investors and gas companies with a reliable pricing mechanism and financial products with the trade of contracts and derivatives.