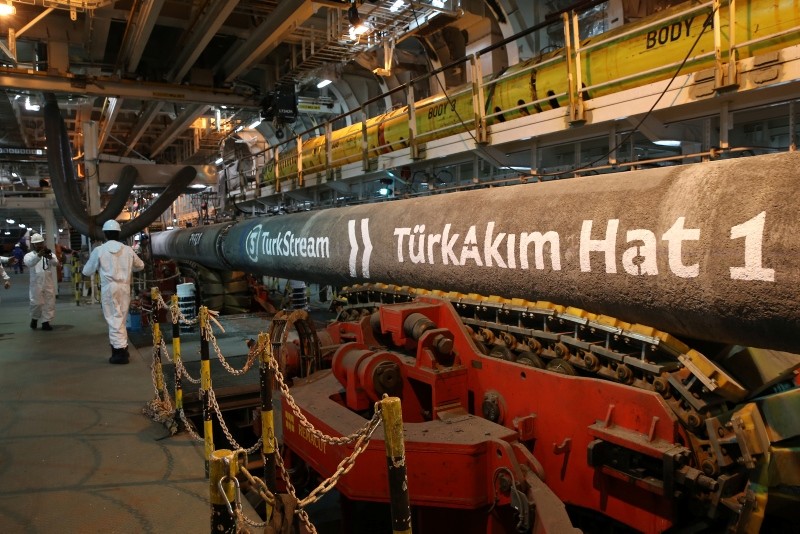 The world's largest construction and heavy-lift vessel, Pioneering Spirit, which is currently laying the second line of the TurkStream natural gas pipeline project, set a new world record in offshore pipelaying on Aug. 26, according to Russia's Gazprom late Monday.

Gazprom said on its official Instagram account that the vessel had laid 6.27 kilometers of pipe on Aug. 26, surpassing the average daily 4 kilometers per day.

The vessel, which belongs to the Allseas company, is currently laying the second line of project.

Ali Esen, the project's spokesperson, announced earlier this month that the giant construction vessel Pioneering Spirit had finished around 46 percent of the pipe laying for the second line as of Aug. 7.

In October, Moscow and Ankara signed an intergovernmental agreement on the construction of two underwater legs of the TurkStream gas pipeline in the Black Sea.

TurkStream is a transit-free export gas pipeline, which will not only stretches across the Black Sea from Russia to Turkey but will further extend to Turkey's borders with neighboring countries.

The first line of the pipeline reached the Turkish shore at the end of April after 930 kilometers of deep-water offshore pipelaying from Anapa, Russia to Kıyıköy, Turkey by the world's largest pipe-laying vessel, Pioneering Spirit.

TurkStream's first line will carry 15.75 billion cubic meters (bcm) of natural gas to Turkey. The project will have a total throughput capacity of 31.5 bcm thanks to the second line that will go to Europe.

The launch of the second line is expected in 2019.