Turkey to drill first well in Mediterranean before winter 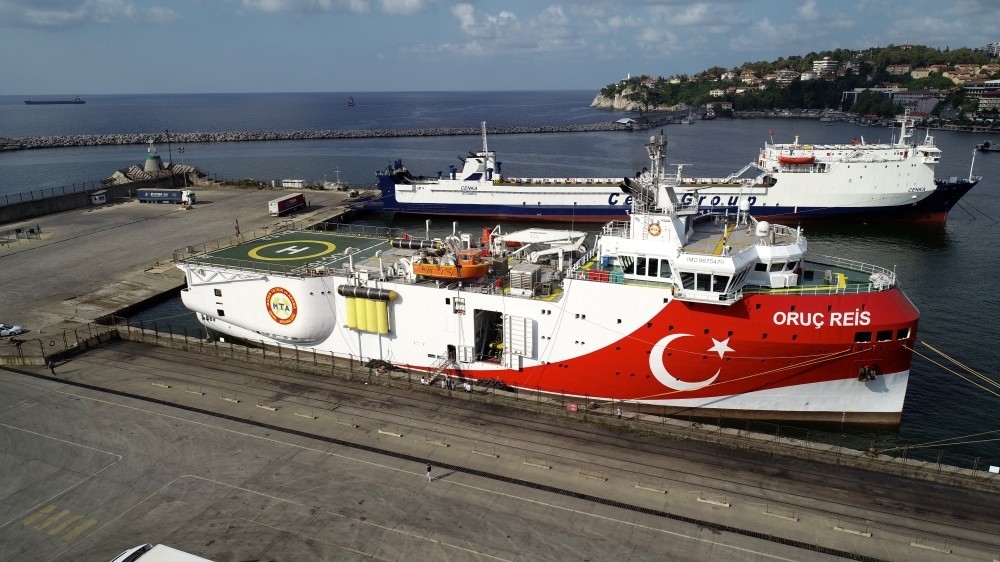 Turkey's seismic exploration vessel, MTA Oruu00e7 Reis, which was built by Turkish engineers at a local shipyard in Istanbul in June, is undertaking work in the Black Sea.
by Daily Sabah with AA Sep 07, 2018 12:00 am

Turkey is currently carrying out tests in the Mediterranean, Energy and Natural Resources Minister Fatih Dönmez said, saying that they aim to conduct first drilling in a month or two

Turkey aims to drill its first well in the Mediterranean in a month or two before this winter, Energy and Natural Resources Minister Fatih Dönmez announced.

The minister's remarks came during his visit to Turkey's coal-rich Zonguldak province yesterday.

"Currently, the Turkish Petroleum company is making its preparations in the Mediterranean. After they finalize tests, we want to start the first drilling in one to two months, before the winter," Dönmez said.

Drilling will take place in Turkey's own economic territory off the shores of Antalya, on the county's southern Mediterranean coast, he said, adding that the process would take time, but he affirmed the ministry remains optimistic for a positive outcome.

Turkey's first drilling vessel, Fatih, which was named after Istanbul's Ottoman conqueror Fatih Sultan Mehmet, arrived in the city of Antalya in June in preparations to start Turkey's first deep drilling project in the region.

In May, the former Energy and Natural Resources Minister Berat Albayrak said in the Kocaeli province that the vessel would conduct drilling at a depth of 2,600 meters in the Mediterranean, and hailed it as a historical step for Turkey.

Albayrak had emphasized that Turkey will broaden its deep-sea and land exploration and drilling operations for oil and gas as part of its National Energy and Mining Policy, announced in April 2017. Turkey is already undertaking oil and gas explorations using two seismic vessels.

Turkey's first seismic vessel, Barbaros Hayrettin Paşa, which was bought from Norway in 2013, has been conducting exploration operations in the Mediterranean since April 2017. Additionally, Turkey's second vessel, the MTA Oruç Reis, which Turkish engineers built in a local shipyard in Istanbul in June, is undertaking work in the Black Sea.

The TL 400 million ($60.85 million) MTA Oruç Reis ship, with an anticipated 30-year service life, is capable of sailing nonstop for 35 days with its 55-man crew. Furthermore, the ship is equipped with a helicopter pad and the hydrography and oceanography systems on board allow for the scanning of the seafloor up to depth of 15,000 meters.

The minister also said Turkey is actively preparing to buy a second drill ship to ramp up exploration.

"Another project of ours is to purchase a second ship [drill ship] for the Black Sea. These works are proceeding, and we will continue our search to find oil and natural gas both in the Mediterranean and Black Sea," Dönmez said.

All the necessary research and preparatory works have been undertaken and as the ministry's slogan goes, "If it [oil and gas] is there, we will find it," he asserted.

To decrease import dependency and cater to the growing needs of the market, the Turkish government had developed a national energy and mining strategy based on three main pillars, localization, security of supply and predictability of market conditions with particular importance attached to regional infrastructural projects for diversification as a guiding element.

The policy is a broad framework explaining Turkey's plans in energy, including oil and gas explorations, mining, and renewable energy investments.