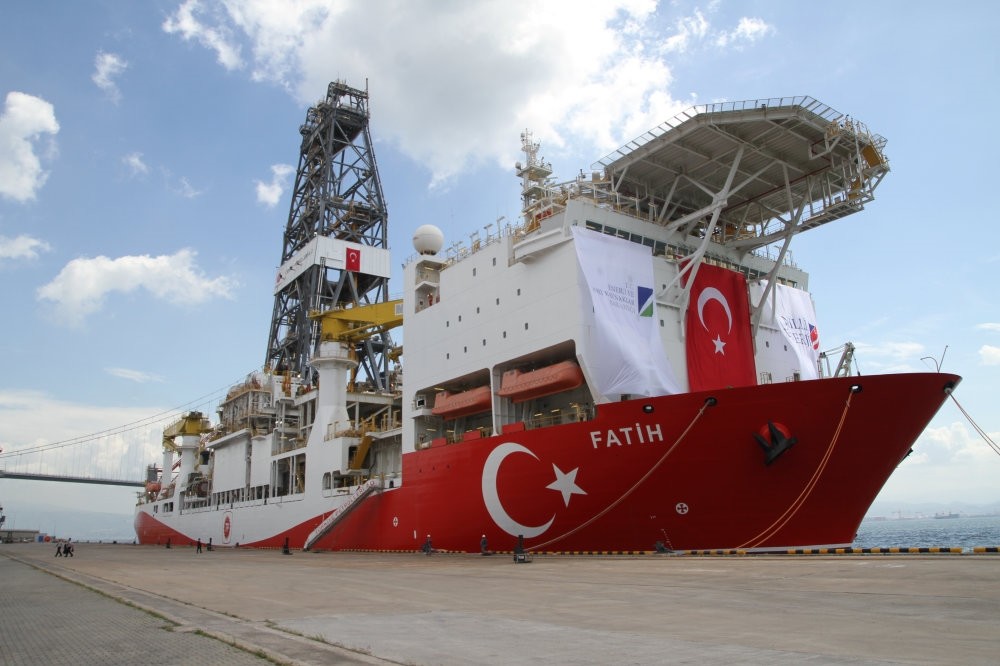 Lambasting the actions of the Greek Cypriot's move to invite energy firms to explore oil and gas in unilaterally declared zones, Turkey made it clear that it will not allow any hydrocarbon drilling or exploration in parts of the Eastern Mediterranean under its jurisdiction and it will take appropriate measures against the usurpation of its rights

The latest move by the Greek Cypriot administration in the Eastern Mediterranean to invite energy giants to bid for a license to explore in the area designated as Block 7, one of the blocks located in the unilaterally declared Exclusive Economic Zone (EEZ), has increased tensions over the violation and disregard of the rights of Turkey and Turkish Cypriots. As witnessed in previous cases when Turkey blocked the operations of survey ships belonging to Western energy companies, the country will continue to protect its rights against any unilateral action, without allowing the usurpation of its sovereign rights. In a statement issued on Thursday, the Foreign Ministry stressed that the activities of the Greek Cypriot administration disregard the inalienable rights to natural resources of the Turkish Cypriot people, who are the co-owners of the island.

"This attitude of the Greek Cypriot side, which does not shrink from irresponsibly jeopardizing the security and stability of the Eastern Mediterranean region, is actually the fundamental reason behind the failure of the Cyprus settlement negotiations to produce an outcome for the past half-century," the ministry's statement read. Last year in July, peace talks over the island of Cyprus brokered by United Nations in Crans-Montana, Switzerland, failed due to the unreasonable demands of the Greek Cypriot administration and Greece, Foreign Minister Mevlüt Çavuşoğlu had said at the time. 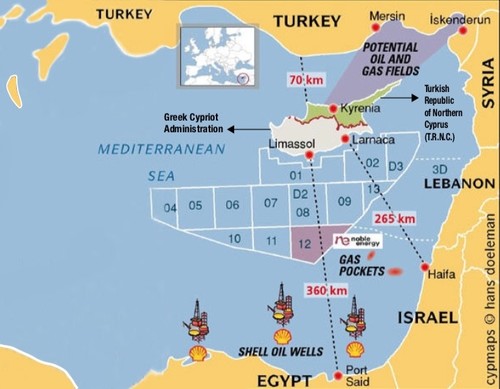 The foreign ministry's statement, referring to failed talks, underscored that the attitude of Greek Cypriots demonstrates that they insist on their position, which caused the closure of the Cyprus Conference in July 2017 without any results, and disregards the fact that the Turkish Cypriot side has political equality and co-ownership of the island.

According to the statement, Greek Cyprus' activities also violate Turkey's rights to the continental shelf in the region under international law. Major parts of the Greek Cypriot license areas lie within the boundaries of Turkey's Eastern Mediterranean region.

"An important segment of so-called License Area Number 7 subject to this decision remains within the outer limits of Turkey's continental shelf in the Eastern Mediterranean, as has been registered with the U.N.," it added.

According to international maritime law, he said national territories have a continental shelf up to 200 miles, while islands have territorial waters extending up to 14 miles.

Meanwhile, in a statement, the Ministry of Foreign Affairs of the Turkish Republic of Northern Cyprus said the so-called License Area Number 7, or block number 7, is an indication that the Greek Cypriot side is continuing policies to usurp the rights of Turkish Cypriots to the island's natural resources.

The ministry referred to Turkey's Notes to the U.N. dates March 2, 2014, and March 12, 2013, which designated the outer limits of Turkey's continental shelf. Therefore, it added any natural resource exploration activity requires Turkey's permission.

"Turkey has never allowed and will never allow any foreign country, company or ship to conduct unauthorized research activities regarding natural resources within its maritime jurisdiction areas," the ministry said and strongly emphasized that Turkey will continue to take necessary measures, and will maintain all initiatives and activities, including drilling exercises, with a view to protecting its rights and interests on its continental shelf.

The Greek Cypriot administration decided Wednesday to invite energy giants Total, Eni and ExxonMobil to bid for a license to explore for oil and gas in a new offshore block, officials said. Cypriot Energy Minister George Lakkotrypis said Nicosia had made the move due to "very specific geological reasons" related to a discovery in an adjacent block, announced by ENI in February.

Turkey is also planning drilling activities on its continental shelf in the Eastern Mediterranean, as well as in areas licensed to Turkish Petroleum by the Turkish Republic of Northern Cyprus. The country's drillship Fatih will start drilling operations before the year's end. In late September, oil firm Turkish Petroleum (TP) awarded Houston-based Rowan Companies a two-well contract in the Mediterranean Sea with an estimated duration of 100-140 days. The company's N-class jack-up rig Rowan Norway is expected to commence operations in late 2018. The Rowan Norway is currently warm-stacked in the U.K. sector of the North Sea.

Meanwhile, a top ExxonMobil executive says the energy company will go ahead with a search for natural gas off the cost of Cyprus by the end of the year. Senior Vice President Neil Chapman told reporters after talks Friday with Cypriot President Nicos Anastasiades that exploratory drilling would begin "sometime in the fourth quarter." He said ExxonMobil and partner Qatar Petroleum are focused on a hydrocarbons search in block 10 southwest of Cyprus where they're licensed to explore. But the company hasn't "looked in any detail" at an adjacent block for which the Cypriot government on Thursday invited bids for a drilling license.

Gas discoveries in the Mediterranean

The Greek Cypriot's 2010 maritime deal with Israel paved the way for Cyprus to press on with a drilling program at the Aphrodite gas field in block 12 of its exploratory drilling zone, which it had licensed to Noble Energy in 2008.

Texas-based Noble Energy in 2011 made the first discovery off the island of Cyprus in the Aphrodite block, estimated to contain around 4.5 trillion cubic feet of gas. This field is located at the 12th exploratory drilling block in the maritime Exclusive Economic Zone and is estimated to hold about 200 billion cubic meters of gas.

The massive Zohr Field was found in Egyptian waters by Italian firm Eni in 2015. Eni reported the discovery of an estimated 30 trillion cubic feet of natural gas off the coast of Egypt.