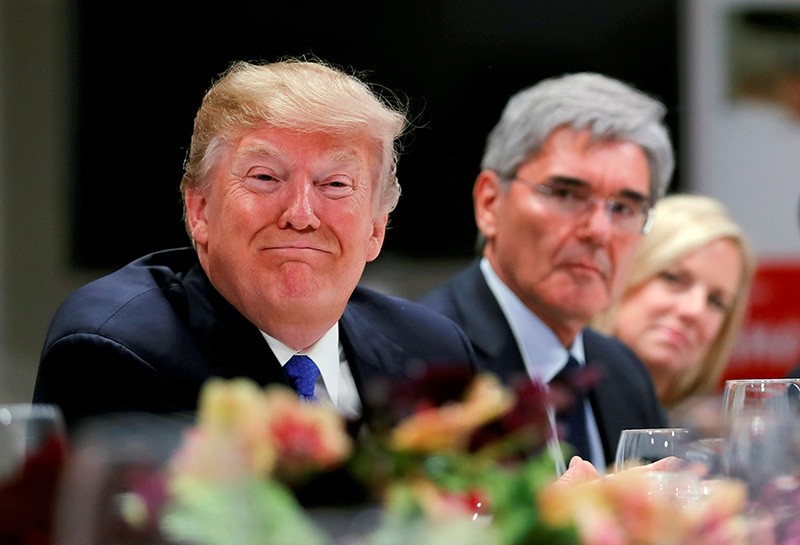 The Trump administration intervened in a $15 billion dollar agreement between Siemens AG and the Iraqi government, convincing Baghdad to opt for General Electric Co. instead, reports said.

The Financial Times said the Trump administration had reminded the Iraqi government that 7,000 U.S. personnel had died since the 2003 invasion which overthrew Saddam Hussein.

The officials said the Trump administration suspected Iran had pushed Iraqi leaders toward the Siemens deal to undercut ties with Washington. The Trump administration has been trying to curb Tehran's influence in Baghdad, including Iraqi dependence on Iranian natural gas, since President Donald Trump pulled out of the 2015 nuclear deal.

"This is part of very strong campaign of engagement in Iraqi government formation and a very targeted effort to support the Iraqi government and minimize Iranian influence," Bloomberg quoted Garrett Marquis, a National Security Council spokesman, as saying.

"It's part of our overall effort to evict the Iranians rather than to invite them in," he said.

GE, which has been battling a severe downturn in its power division, would be considerably helped by the sale, which could be included in its figures when it reports its third-quarter earnings on Oct. 30.

The deal with Boston-based GE could see Iraq's power-generation capacity expand by two to three gigawatts by next summer.

In addition to the GE deal, the U.S. Sunday signed a wider-reaching memorandum of understanding with Iraq to expand its energy sector and improve its energy independence, officials said. It includes U.S. companies helping Iraq build power generation and transmission lines and upgrading its existing capacity.

Iran supplies about 12 million cubic meters of natural gas each day to Iraq, providing one-fifth of its power generation, according to the U.S. Institute for Peace.

U.S. officials are pushing to finalize the deal before Nov. 5, when U.S. sanctions on Iran come back into effect. The Trump administration is also pressuring Baghdad to finish a deal for two electricity projects in the south of the country, threatening to impose sanctions on certain energy arrangements – such as the natural gas imports from Iran – if it doesn't come to an agreement with the U.S.

Both the U.S. and Germany have been vying for the energy deals.

In February, Siemens made an offer to build new power plants in Iraq over four years with an output of 11 gigawatts. Such an increase in energy production would increase the number of Iraqis who have access to reliable electricity by 50 percent to 23 million.

The value to Siemens could be worth around 11 billion euros ($12.70 billion), and would support its ailing energy division, whose profit has slumped 60 percent in the first three quarters of this year.

Siemens Chief Executive Joe Kaeser had traveled to Iraq in September and spoke with outgoing Iraqi Prime Minister Haider al-Abadi about the contract.

The U.S. suspected Kaeser was in Iraq to seal the deal with Baghdad but the Trump administration ramped up pressure and managed to stall Abadi on the issue.

Since then Abadi has been replaced by Adel Abdul-Mahdi.

"We still believe we have put the most beneficial and comprehensive plan for the Iraqi people on the table, extending far beyond power infrastructure," Siemens spokesman Philipp Encz said Thursday in regard to reports.

"We remain committed to our Iraqi road map and supporting the Iraqi people and re-powering the country."