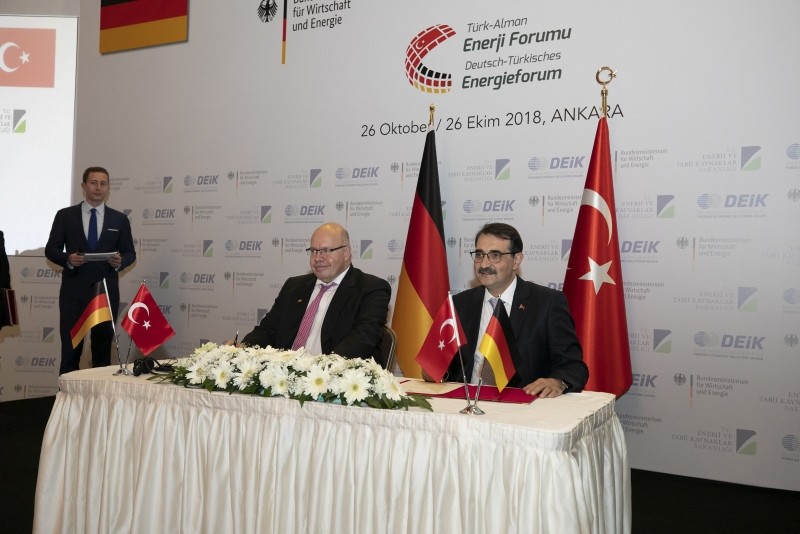 Turkish and Germany energy ministers on Friday signed a letter of intent to develop energy projects.

The document was signed at the Turkish-German Energy Forum held in Turkish capital Ankara.

Speaking at the signing ceremony, Turkey's Energy and Natural Resources Minister Fatih Dönmez said: "I believe wholeheartedly that we will further develop our bilateral cooperation, which has already reached a certain level, by continuing our works in a speedy and result-oriented manner in the areas that this letter of intent covers."

Dönmez added that over the last 15 years, German companies had invested approximately 25 billion euros in the Turkish energy sector, and created over 15,000 jobs.

"The high investment amount demonstrates the confidence of German companies and investors in both the sector and the Turkish economy at large," he said, adding the German businesses had made significant contributions especially in the renewables sector.

Also addressing the forum, German Economy and Energy Minister Peter Altmaier said Turkish firms in turn want to be a part of the energy transformation process in Germany.

"We also cooperate in the area of industrial production. If we join forces, we can achieve many things," he said.

The minister went on to say Turkey and Germany could cooperate in the field of energy efficiency.

"At the same time, [energy] storage is very important. We can exchange views in this regard. Turkey would be a crossroads for gas," he added.

Altmaier is on a two-day visit to Ankara. On Thursday, he attended the Joint Economic and Trade Committee (JETCO) meeting along with Turkey's Trade Minister Ruhsar Pekcan. Later on Friday, he met Turkey's Industry and Technology Minister Mustafa Varank.