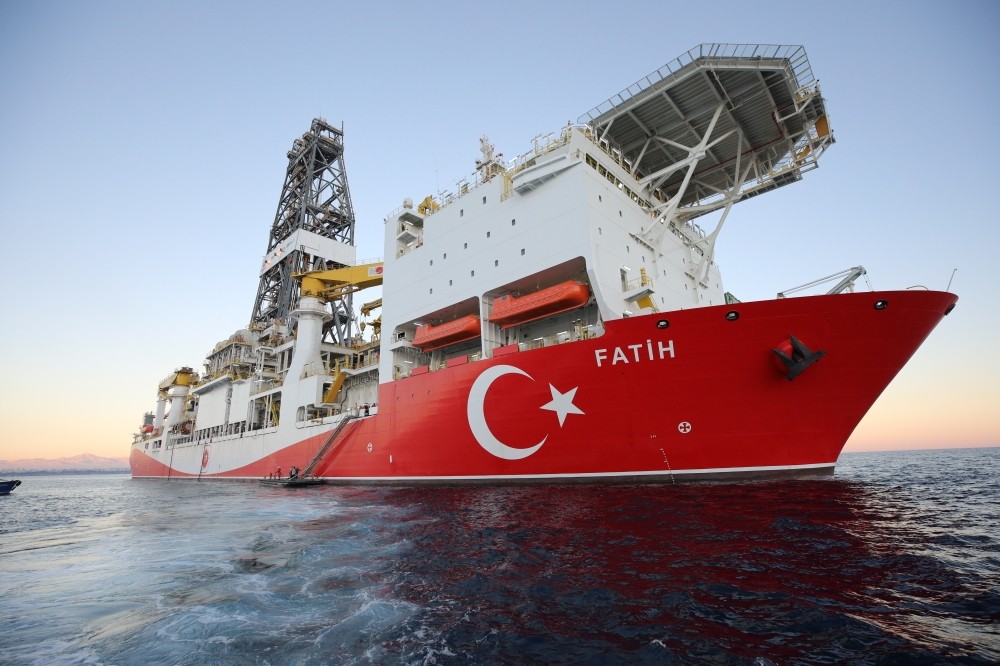 Turkish drilling vessel Fatih began its first well-drilling operations yesterday in the Mediterranean. The country looks to boost its presence in the region with another well next month, and a second drillship in the near future

Speaking at the launch ceremony, Energy and Natural Resources Minister Fatih Dönmez said Turkey would conduct deep drilling works with its own vessel for the deep-water well Alanya-1, as part of its efforts to utilize its domestic resources.

"Our want to dig two drilling wells on average a year with Fatih," Dönmez said, adding that the first drilling in Alanya-1 is planned for a period of nearly 150 days.

The country's first seismic vessel, Barbaros Hayrettin Paşa, which was bought from Norway in 2013, has been conducting exploration operations in the Mediterranean since April 2017. As a result of the analysis of seismic data, Dönmez said, the decision to drill the first well was made.

Additionally, Turkey's second vessel, the MTA Oruç Reis, which Turkish engineers built at a local shipyard in Istanbul in June, is undertaking exploration work in the Black Sea.

Meanwhile, Fatih, formerly the Deepsea Metro II, arrived in the city of Antalya in June in preparation for the start of Turkey's first deep drilling project in the region.

Dönmez noted that other shallow drilling works with Fatih are planned in the Mersin region in south Turkey next month, adding that Turkey is about to buy a second drill ship to ramp up exploration.

The minister stressed that the sixth generation drillship Fatih features cutting-edge technology and is capable of conducting operations even under harsh weather conditions and up to 6-meter-high waves.

As part of the upgrading process, the drilling equipment, well control systems, dynamic positions systems, vessel propellers and generators were revamped, the minister said. After the retrofitting, Fatih outperformed 16 other vessels in its own category and ranked among the top five drilling vessels in the world.

Dönmez underscored that the mini

stry's fundamental goal is to create economic benefits from Turkey's hydrocarbon reserves and increase the utilization of domestic resources.

The minister also announced that Turkey will have a second drilling vessel in its fleet very soon. Next month, he said, another well will be drilled off Mersin's shores.

On Oct. 18, the Turkish Navy blocked a Greek frigate trying to interfere with the Barbaros Hayreddin Paşa seismic survey vessel.

The incident prompted an immediate response from Turkish officials who warned Greece against actions in the Mediterranean that would spark tensions in the region.

"There were no security risks [towards the vessel], however, if harassment takes place, our naval forces will do what is necessary," Dönmez said. The naval force and coastal guard have been accompanying Fatih during its operations.

Stressing that Turkey has no intention of taking any other country's resources in the Mediterranean Sea, Dönmez said Turkey's sole purpose is to provide resources to its Turkish and Turkish Cypriot citizens, as a guarantor of the island of Cyprus.

Turkey has consistently contested the Greek Cypriot administration's unilateral drilling activity in the eastern Mediterranean while asserting that Turkish Cypriots also have rights to the resources in the area.

Last week, it was announced that the state-owned Turkish Petroleum Corporation (TPAO) hired Schlumberger, the world's largest oilfield services firm, to help with its offshore drilling in the Mediterranean.

The American company said in its third-quarter report for 2018 that it will support TPAO in oil exploration activities in the Mediterranean. In the report, Schlumberger said it would provide technical support to the drilling vessel Fatih.

In late September, TPAO also awarded Houston-based Rowan Companies a two-well contract in the Mediterranean with an estimated duration of 100-140 days. The company's N-class jack-up rig Rowan Norway is expected to start operations late this year. Rowan is a global provider of contract drilling services with a fleet of 27 mobile offshore drilling units composed of 23 self-elevating jack-up rigs and four ultra-deep-water drillships.

Turkey aims to broaden its deep-sea and land exploration and drilling operations for oil and gas as part of its National Energy and Mining Policy, announced in April 2017.

To decrease its dependency on energy imports and cater to the growing market's needs, the Turkish government has developed a national energy and mining strategy based on three main pillars: Localization, security of supply and predictability of market conditions, with particular importance attached to regional infrastructural projects for diversification as a guiding element. The policy is a broad framework explaining Turkey's plans in energy, including oil and gas exploration, mining and renewable energy investments.

Speaking about Turkey's energy policy in the Mediterranean, Minister Dönmez highlighted that mutual respect of rights and international law constitutes the foundation of Turkey's paradigm. "Turkey has taken all steps within the framework of law, and the country will take all the necessary measures to ward off any act that violates its own rights," the minister said.