Turkey likely exempt from Iran sanctions, but will know for sure Monday, minister says 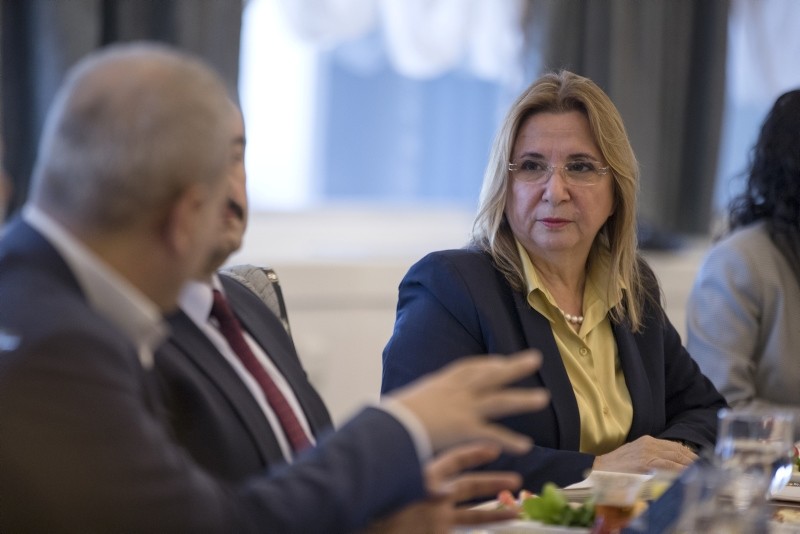 Turkish Trade Minister Ruhsar Pekcan said on Saturday that Turkey has received initial indications that it will be among eight countries to be granted a waiver from U.S. sanctions against Iran, but is awaiting clarification on Monday.

NATO member Turkey depends mostly on imports to meet its energy needs and neighboring Iran has been one of its main sources of oil because of its proximity, the quality of its crude and favorable price differentials.

"Initial information coming in is that Turkey will be among eight exempt countries. But we don't know for sure yet. It will be clear on Monday," Pekcan told reporters in Ankara.

Pekcan's statement echoed earlier comments by Energy and Natural Resources Minister Fatih Dönmez, who had also said they had received information that Turkey would be granted an oil waiver.

"I want to express my pleasure for this statement. We always stated that such sanctions could negatively impact peace, stability and economies in neighboring countries like Turkey and we elaborated this reality during the talks with U.S. officials," he said.

An industry source said last month that Turkey had already made efforts to cut its purchases ahead of the U.S. sanctions, but would prefer to keep up some level of Iranian oil imports.

Turkey imports almost nearly half of its oil needs from neighboring Iran. The country also imports oil via pipelines from Iraq and Azerbaijan. However, geographical proximity and stable transport routes facilitate oil trade between Ankara and Tehran.

In May, Trump unilaterally withdrew his country from the 2015 landmark nuclear deal signed between Iran and the P5+1 group of nations -- the five permanent U.N. Security Council members U.S., Russia, China, Britain and France plus Germany. He also announced that he would reinstate sanctions against Tehran, which were lifted by the agreement in exchange for tight restrictions on the country's nuclear program.

The U.S. in August had re-imposed the first round of economic sanctions on Iran, which mainly target the country's banking sector.

The second phase of sanctions, targeting Iran's energy sector, is set to go into effect on Nov. 5.