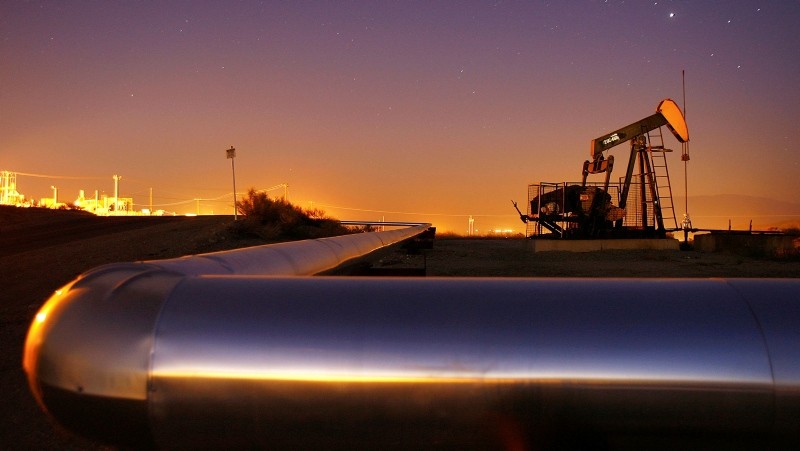 Brent and U.S. crude extended their fall from Monday after U.S. President Donald Trump put pressure on OPEC not to cut supply to prop up prices. Both crude benchmarks have fallen more than 20 percent since peaking at four-year highs in early October.

"It's like a run on the bank," said Phil Flynn, analyst at Price Futures Group in Chicago. "It's getting to the point where it doesn't seem to be about fundamentals anymore, but a total collapse in price."

U.S. natural gas futures, however, soared to their highest since November 2014 on forecasts for colder weather.

The U.S. dollar index, which has steadily climbed as the U.S.-China trade dispute has escalated, dipped 0.2 percent.

"To the extent that we get movement in the tariff discussion the market will view that as a positive," said Bucky Hellwig, senior vice president at BB&T Wealth Management in Birmingham, Alabama.

The pound rose 0.8 percent to $1.2953 after reports that the United Kingdom and the European Union had agreed upon the text of a Brexit agreement and that British Prime Minister Theresa May would hold a cabinet meeting on Wednesday.

The euro also rose from a 16-month low, last up 0.4 to $1.1264, though its gains were capped by concerns over Italy's budget and downbeat German investor sentiment data.

MSCI's gauge of stocks across the globe shed 0.12 percent.

Benchmark 10-year U.S. Treasury notes last rose 12/32 in price to yield 3.1452 percent, from 3.189 percent late on Friday. The Treasury market was closed on Monday for the Veterans Day holiday.