France postpones switch from nuclear energy, to close 14 reactors by 2035 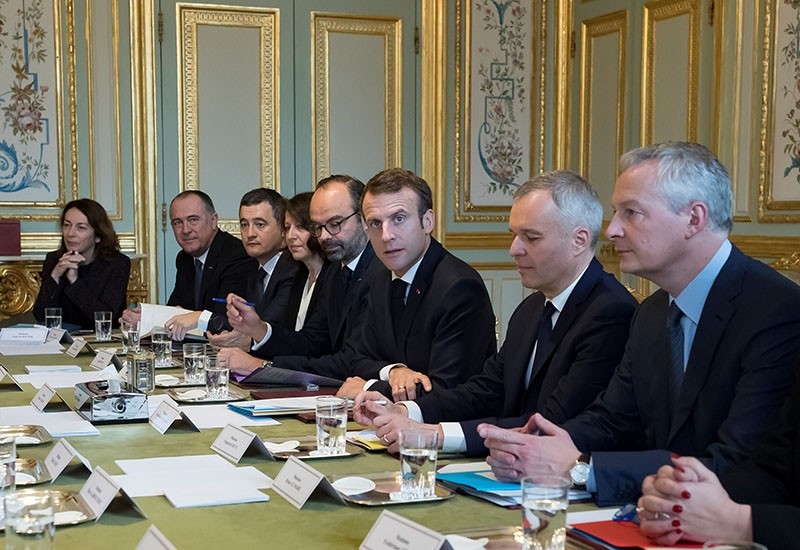 French President Emmanuel Macron said Tuesday the country will move more slowly than promised to cap the amount of energy it derives from nuclear energy proposed reviewing the rate of tax on diesel and petrol every three months to take into account moves in global prices, seeking to defuse sometimes violent protests against high gasoline taxes that have caught him off-guard.

Yet he said France would cap the amount of electricity it derives from nuclear plants at 50 percent by 2035. That is a delay compared with the goal of 2025 set by his predecessor, Francois Hollande.

The French government will not close any of its nuclear reactors besides France's two oldest reactors in Fessenheim before the end of the current presidential mandate which runs until 2022, Macron said.

As part of the policy, Macron said France would aim to increase the number of interconnectors with neighboring countries so as to broaden and bolster energy supplies and keep prices contained.

France depends more on nuclear energy than any other country, getting about three-quarters of its electricity from its 19 nuclear plants.

The French leader promised to develop renewable energy instead, saying his priority is weaning France's economy from fuel that contributes to global warming.

He also announced that France would close its remaining four coal-fired power plants by 2022 as part of the country's anti-pollution efforts.

Macron said France would aim to triple its wind power electricity output by 2030, and increase solar energy output fivefold in that period.

Macron also said the government will find a way to delay tax increases on fuel during periods when world oil prices are rising. The move aims to reproduce the situation that has led to protests in recent days, some of which have become violent and even marred the famed Champs-Elysees avenue in central Paris.

In an attempt to calm the protesters, Macron proposed a three-month consultation with associations and activist groups, including the so-called "yellow jackets" who have led the recent protests, about how best to handle the rising energy costs.

Macron insisted he would not be bounced into changing tack in his push for a transition towards cleaner energies or alter policy because of street violence.

But in a display of rare humility and striving to show empathy with anger among voters living outside of France's big cities, the 40-year-old said his administration needed to be smarter in its policymaking to avoid a "two-speed France" emerging, where workers in outer-urban are left behind.

"We must not change course, because the policy direction is right and necessary," Macron said in the televised address. "But we need to change how we work because a number of our citizens feel this policy course is imposed on them from above."

He said the French people could not demand better public services and also expect lower taxes. However, he acknowledged the increase in diesel tax, which kicked in just as pump prices were rising, had inflicted more pain than anticipated.

"We need a way of working that makes this tax more intelligent," he said, putting forward the idea of a review every three months, although the details of how that would be carried out and implemented were not clear.

He added that he would ask French electricity giant EDF to study the feasibility of more next-generation EPR nuclear reactors, but will wait until 2021 before deciding whether to proceed with construction.

EDF has been building the first EPR reactor at Flamanville along the Atlantic coast of northwest France -- originally set to go online in 2012 -- but the project has been plagued by technical problems and budget overruns.