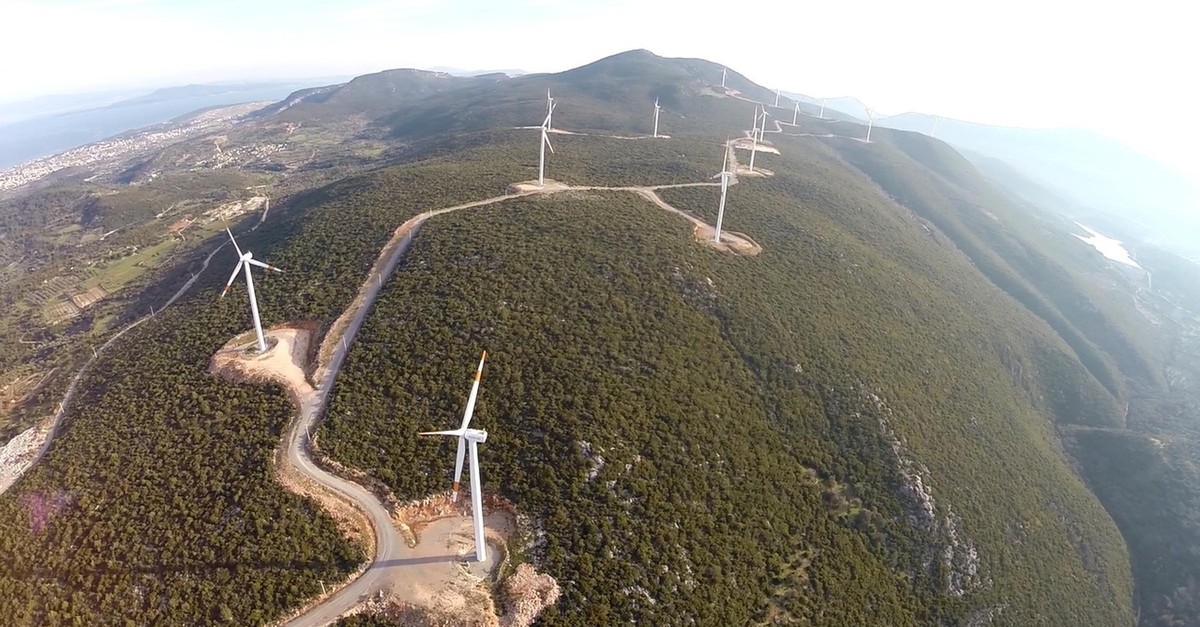 Turkey ranked sixth among the European continent's 38 countries, including Russia and Ukraine, for additional installed wind capacity in 2018, WindEurope statistics showed Thursday. Turkey added 467 megawatts (MW) in 2018 to reach a total of 7,369 MW installed capacity, according to the Wind Energy in Europe in 2018 Trends and Statistics report. Europe installed 11.7 gigawatts (GW) (10.1 GW in the EU-28) of new wind energy in 2018. This is a 32 percent decrease on 2017, according to the report. "Europe decommissioned 0.4 GW of wind turbines. So the net increase in Europe's wind energy capacity in 2018 was 11.3 GW. With a total installed capacity of 178.8 GW in the EU, wind energy remains the second largest form of power generation capacity in the EU-28 and is likely to overtake natural gas installations in 2019," it added.

As part of its 2023 vision, Turkey aims to generate 30 percent of its electricity consumption from renewable resources. Within the framework of that goal, Turkey plans to reach 34,000 MW in hydroelectric power, 20,000 MW in wind power, 5,000 MW in solar power, 1,000 MW in geothermal power and 1,000 MW in biomass power capacity.

The Wind Energy in Europe in 2018 Trends and Statistics report said the total onshore and offshore wind capacity in the European continent, including Russia and Ukraine, reached 189,229 MW in 2018 to provide 14 percent of the EU's electricity last year, up from 12 percent in 2017.

"2018 was the lowest year for new onshore installations since 2008," the report noted.

Denmark registered the highest share of wind in its electricity last year at 41 percent, followed by Ireland at 28 percent, and Portugal with 24 percent.

In 2018, Germany installed the most wind power capacity in 2018, with 29 percent of Europe's gross installations.

The U.K. registered the largest annual increase of wind energy in its electricity, from 13.5 percent to 18 percent, although the number of new onshore wind farms dried up in the U.K. Portugal generated 24 percent of its electricity from wind, Germany had 21 percent, and Spain reported 19 percent.

"Wind energy accounted for 63 percent of investments in renewable energy in 2018, up from 52 percent in 2017," the report highlighted.

Lithuania and Greece had the lowest average power rating of 2 MW.

In 2018, the average rated capacity of newly installed offshore turbines was 6.8 MW, some 15 percent greater than in 2017. In addition, the largest average power rating was in Denmark, with 7.7 MW. Last year, eight countries held renewable energy auctions where wind energy secured volumes of 9.3 GW in total.

"German and Dutch offshore auctions saw zero-subsidy bids. The latest onshore wind auctions in Germany and France were undersubscribed, while the Polish, Danish and Greek auctions recorded extremely low prices in their countries due to a healthy pipeline of permitted projects," according to the report.