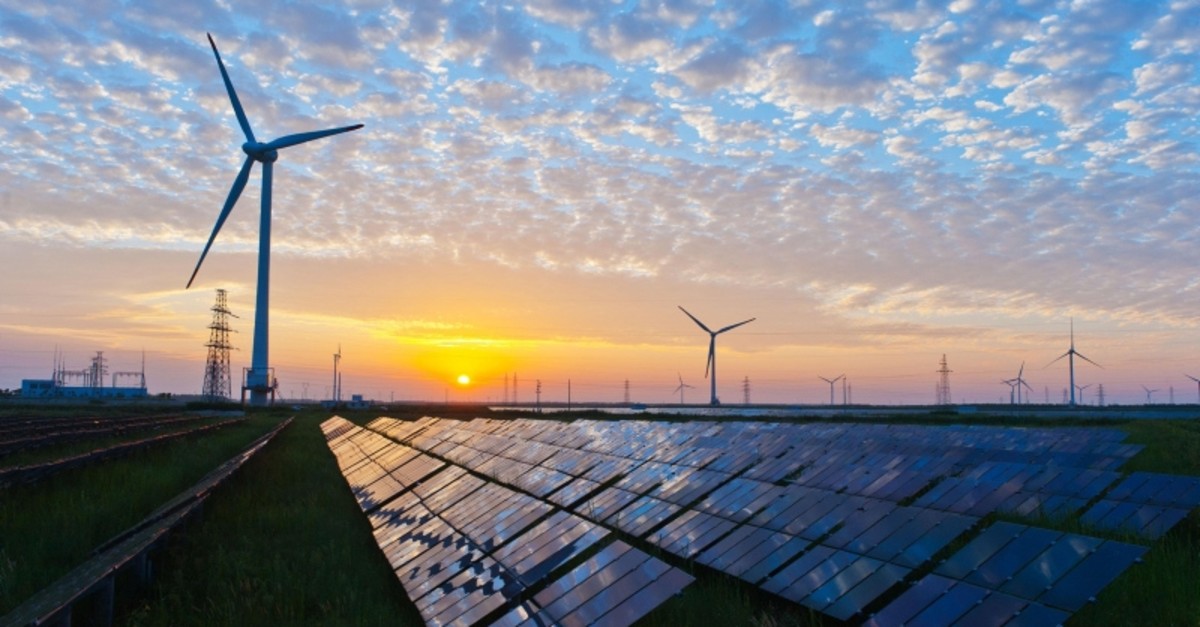 Scaling up renewable energy combined with electrification could deliver more than three-quarters of the energy-related emission reductions needed to meet global climate goals, according to a new analysis by the International Renewable Energy Agency (IRENA) released on Tuesday.

According to the latest edition of IRENA's Global Energy Transformation: A Roadmap to 2050, launched on the sidelines of the Berlin Energy Transition Dialogue, electrification with renewable power can start to reduce energy-related CO2 emissions immediately and substantially.

"Renewable power will be able to provide the bulk of global power demand (86 percent)," the report read, adding that the primary drivers for this increased electricity demand would be over 1 billion electric vehicles, increased use of electricity for heat, and the emergence of renewable hydrogen.

The study underlined that for every $1 spent for the energy transition there would be a payoff of between $3 and $7, or $65 trillion and $160 trillion in cumulative terms over the period to 2050.

"The level of additional investments needed to set the world on a more climate-friendly path above current plans or policies is $15 trillion by 2050 - a significant sum, but one that decreased by over 40 percent compared to the previous analysis due in large part to rapidly falling renewable energy costs as well as opportunities to electrify transport and other end-uses," IRENA explained.

However, the agency warned that the world is on a much different path in which energy-related emissions have risen by over 1 percent annually on average over the past five years.

During a press meeting with a group of international journalists in Berlin, IRENA's Director General Francesco La Camera echoed this view by acknowledging that although energy transition is in place, its pace needs to be accelerated.

"If we want to stay in line with the Paris agreement goals, the only chance we have is electrification and renewables. This may give us the chance in 2050 to have a reduction of more than 75 percent of CO2 emissions," he said.

The Paris agreement objectives include keeping the rise in average global temperatures well below 2 degrees Celsius and ideally limiting warming to 1.5 degrees Celsius in the present century.

La Camera noted that the energy market is on the right path, however, he contended that political momentum and more government participation is needed.

Michaela Spaeth, deputy director-general for Energy and Climate Policy at the Federal Foreign Office, also said that IRENA's new report shows that soon there will a shift in the energy sector but this will come with some risks.

"In a sense, renewables are more peaceful. Because at the end of the day the sun and the wind does not send us bills. But, of course, we have the problem of who will be in charge of technologies, is this sharable, what elements will digitalization bring to us," she said.

Spaeth added that shared networks in the renewable sector should create a more peaceful environment.

"It is a big chance for those countries that have not yet built up their energy systems," Spaeth said, specifically referring to countries that are becoming somewhat dependent of some technologies that will soon be outdated.

"I am especially thinking of coal which is very much promoted by China and its Belt and Road [project]," she explained.

Simone Peter, the president of the German Renewable Energy Federation, stressed the importance of having a political framework for the development of renewable energy, which she said, should be viewed as an opportunity rather than a burden.

Underlining the participation of German citizens in the process, Peter said that the public actively and successfully took part in the growth of renewable energy.

"The private individuals and the farmers represent more than 40 percent of the renewable energy capacity," she said, adding that 95 percent of Germans are supportive for even more expansion of renewables.

Peter noted that energy transition is key to avoid CO2 emissions as is seen in Germany with renewable energy deployment having avoided more than 100 million tons of CO2 equivalent in 2018.

"That is as much as the mobility sector emitted in 2018. But this expansion in the last years remains high, so electricity production from coal is the main reason," she explained.

Peter surmised that renewables are not only a climate instrument but are also an economical instrument. "10.3 million people work in the field of renewable energies worldwide and we expect worldwide a number of about 24 million by 2030," she said.