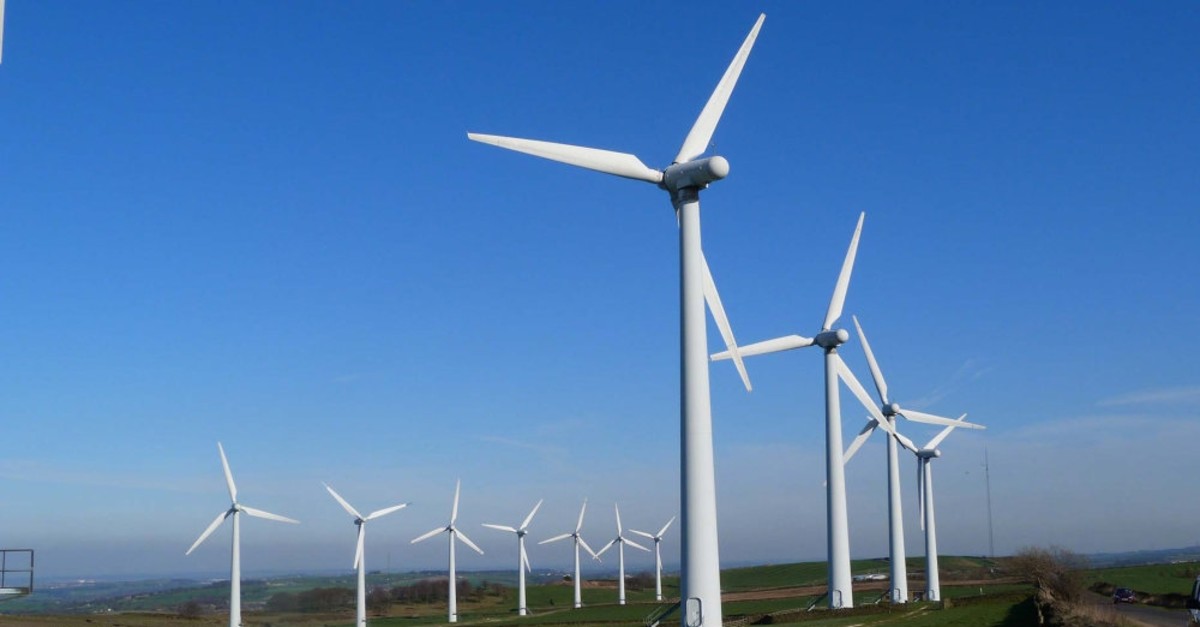 The energy working groups established by Turkish and German authorities cover issues like the promotion of the offshore wind energy market, new enabling technologies like energy storage and energy efficiency.
by Anadolu Agency Apr 19, 2019 12:15 am

Turkish and German energy authorities aim to expand the energy cooperation between the two countries, particularly in the area of renewables, as both are increasing efforts to broaden the share of electricity generated from renewable resources

Turkey and Germany are aiming for closer cooperation in renewables, energy storage and efficiency, and have set up four bilateral working groups to achieve this aim. The Turkish-German Energy Forum provides a platform for dialogue and cooperation in the field of renewable energy, energy efficiency, energy infrastructure and regulations. Sector coupling is also a target area for cooperation in which the use of renewables-generated electricity is destined for sectors other than the power sector, for example, in the buildings, industry and transport sectors.

Speaking to Anadolu Agency (AA) during the 5th Berlin Energy Transition Dialogue, Germany's Deputy Economy and Energy Minister Thomas Bareiss, who has been appointed as a special envoy for Turkish-German energy partnership, said that when he met with Turkey's Deputy Energy and Natural Resources Minister Alparslan Bayraktar, both acknowledged the strong energy partnership between Turkey and Germany.

"To this end, we have agreed to establish four bilateral working groups and to include the private sector and other stakeholders of both countries to learn from each other," Bareiss said.

The working groups will cover concrete topics like the promotion of the offshore wind energy market, new enabling technologies like energy storage, and energy efficiency, he explained, and added that he sees a lot of potential for know-how transfer in the field of conventional power plants, like coal-fired plants, and in the increase of safety for nuclear power.

"We tried to find common projects, for example in infrastructure, in energy efficiency and in renewables in Turkey. Turkey has very good conditions for renewables, especially in wind, PV [photovoltaic] and also hydropower. It has better conditions than Germany, and therefore, it is good for German companies to also invest in Turkey," Bareiss explained, referring to companies like electric utility companies, EnBW and RWE. After hitting 31 percent of renewable electricity production in August 2018, Turkey's authorities took concrete investment steps to revise its renewables target for 2023. The revised plan targets the supply of 65 percent of energy needs from domestic and renewable sources by this date.

Bareiss noted that Germany is one of Turkey's most important trading partners, a testament of which is seen in the increase in bilateral trade over the last three to four years, and with around 7,500 German companies currently active in Turkey.

However, in 2018, bilateral trade slightly decreased to 32.5 billion euros ($36.5 billion) compared to the previous year. In 2017, bilateral trade reached $36.4 billion, a rise of 2.7 percent from 2016. The German deputy minister has urged the expansion of trade through finding common ground in decreasing reciprocal custom tariff barriers.

Bareiss suggested that Germany could help Turkey resolve its energy issues, one of which is the steady increase in energy demand. Turkey has experienced a rise of between 6 to 10 percent per annum in energy demand in recent years. "You [Turkey] need a lot of energy in the future, and therefore, I think it will be very helpful to build clean energy supply in the country and invest in wind and solar, and also in hydropower," he said. The deputy minister noted that despite the attractive conditions for new solar and wind investments, there are still some difficulties that investors face.

Over the past few years, relations between Ankara and Berlin have suffered several setbacks, but both sides have taken steps in recent months towards improving ties.

"I welcome that our energy partnership makes energy investments of German companies more attractive. We look forward to the further improvement of investment conditions," he concluded.