Belt and Road to prop up Chinese renewable projects in Turkey 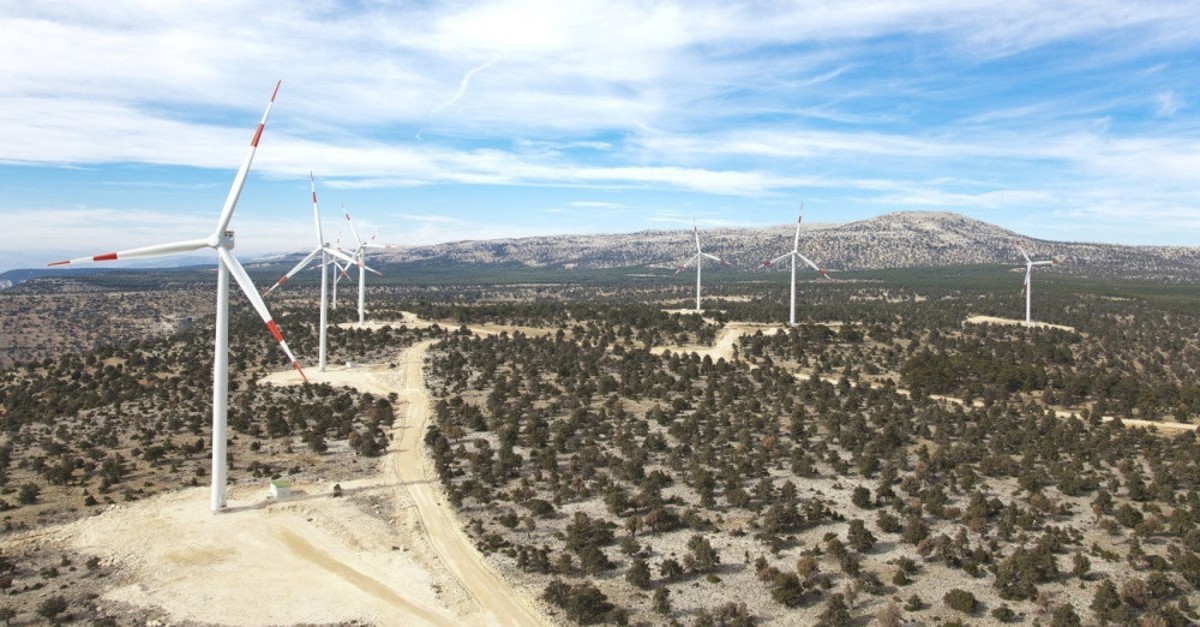 China has so far invested $600 million in Turkey's renewable energy sector and the investments are expected to soar in the upcoming period given China's plan to ramp up renewable projects in Belt and Road Initiative countries.
by Daily Sabah with AA Apr 23, 2019 12:05 am

Located in the middle corridor of the trillion-dollar Belt and Road project, Turkey has seen a spike in energy investments from China, especially in the renewables industry

The trillion-dollar Belt and Road Initiative (BRI) has expanded Chinese overseas investments and Turkey, located in the middle corridor of the project, has seen a spike in the volume of capital it has been drawing in from China over the past five years. While more than 1,000 Chinese firms operate in Turkey's logistics, electronics, energy, tourism, finance and real estate sectors, the expectations for renewable energy investments from China are also on the rise. Experts reckon that renewables will be one of the major sectors to receive Chinese investments in the upcoming period. Chinese companies are not alien to the Turkish energy industry as they have invested in thermal power plants in Turkey. For instance, Turkish and Chinese firms founded Emba Elektrik Üretim A.Ş. in 2017, which will operate a lignite-powered thermal power plant in Turkey's southern province of Adana.

Striving to expand energy cooperation, Turkey and China have been negotiating the construction of a third nuclear power plant in Turkey. During his tenure as Energy and Natural Resources Minister Berat Albayrak and China's energy sector representatives discussed Turkey's third nuclear power plant during the former's visit to Beijing in early May. Albayrak paid a visit to State Power Investment Corporation (SPIC), where he met with SPIC Chairman Meng Zhengping and State Nuclear Power Technology Company (SNPTC) Chairman Wang Fengxue.

From April 25-27, the second International Cooperation for the Belt and Road Forum organized by the BRI will outline new strategies for Chinese investments in line with climate change. "Green investments" and the quality of BRI investments will be the focus of the three-day forum, which will welcome a Turkish delegation.

Energy projects constitute the bulk of China's overseas investments, and the investments of the two Chinese public banks in energy projects across BRI countries from 2013 to 2018 totaled $186.3 billion. The lion's share of these investments went to thermal power projects using coal energy.

China is expected to lead the harmonization of energy investments in the BRI countries with climate change and sustainable development goals, given that the country has the largest capacity of renewable energy in the world with 728 gigawatts of installed power.

According to Morgan Stanley, China's investments as part of the BRI projects are expected to reach $1.3 trillion, and an important portion of those investments will be made in renewable energy.

Bengisu Özenç from Bilkent University's Department of Economics told Anadolu Agency (AA) that despite being seen as a logistic infrastructure project, the BRI is a transformation project that will integrate the relevant countries into the global system.

Touching on Turkey's significant position to facilitate the initiative's transition to Europe, Özenç said as investments under the BRI are infrastructure projects, the sustainability pillar of the initiative is also an important topic of debate. "Since infrastructure projects have a significant impact on the environment, we see that all investments related to this initiative will affect the sustainability of the countries in the forthcoming period. That is why we are actually in a serious global process," she added.

She also recalled that China is in a leading position in renewable energy investments, pointing to the BRI and China's transformative influence on this area. Suggesting that it would be useful to consider this issue as an industrial production policy so that Turkey can become a production base in renewable energy equipment, Özenç noted that Turkey aims to produce high-tech products and that renewable energy equipment offers serious opportunities in this sense. "I think China can use Turkey as an important base," she highlighted. "Turkey has serious industrial production experience, and in fact, offers an important opportunity for China. There is a noteworthy exchange between China and Turkey, especially at the point of solar energy equipment, but this relationship needs to transform into industrial cooperation."

Li Xiulan, a BRI researcher at the China-based think tank Greenovation Hub, recalled that as part of the protocol inked between China and Turkey in 2015 the two countries agreed to offer policy support on infrastructure, energy, climate change, transport and cultural cooperation. He also added that high-level talks were also held to develop a cooperation strategy and a road map after the signing of the protocol. "The first Belt and Road International Cooperation Forum was held two years ago with Turkey's president in attendance as a speaker," Li continued. "The talks between the Chinese and Turkish presidents in 2018 focused on strengthening mutual cooperation and linking the BRI with the Middle Corridor (MC) Initiative. As part of the second forum, we expect Turkey's cooperation with China to strengthen."

Li further stressed that coherence with the objectives of the Paris Agreement is foreseen at the heart of China's BRI strategies, investments and cooperation with other countries, and added that the nongovernmental organizations in China also played a facilitating role in the process of realizing China's overseas investments in line with the Paris Agreement and sustainable development goals.

With the aim of giving an official aspect to the cooperation within the framework of the Belt and Road Initiative, the memorandum of understanding (MoU) on Aligning the Silk Road and the 21st Century Maritime Silk Road and the Middle Corridor Initiative between the Republic of Turkey and the People's Republic of China was signed on Nov. 14, 2015 in Antalya during the G20 Summit.