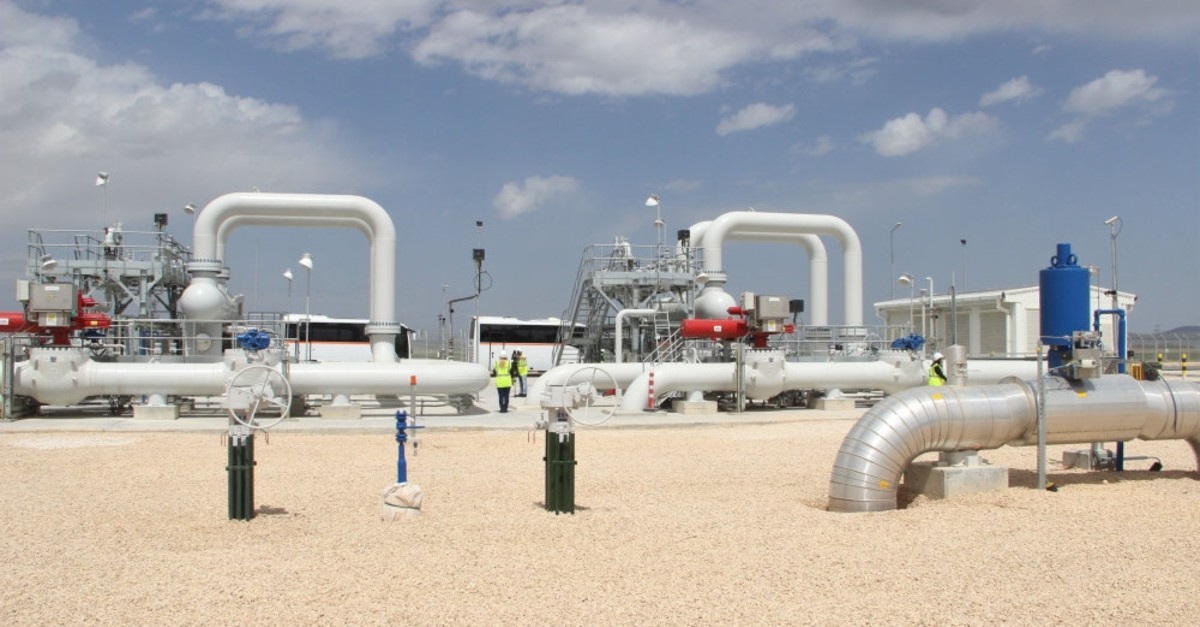 Turkey developed very strong physical infrastructure over two decades while substantially increasing imports from diverse suppliers. In order to fully accomplish its aim of instituting itself as a regional gas trade hub, further liberalization, market transparency and predictability should also be ensured

The fortification of physical natural gas infrastructure and the growing gas market in the last two decades have made Turkey an attractive destination for gas producers and consumers. The increasing importance of Turkey in regional gas trade has ignited discussions on the country's potential to become a physical gas trading hub. Experts and sector officials believe that Turkey has a very unique advantage to institute a gas trading hub, arguing that it will create win-win-win opportunities for the country itself, along with exporters and importers.

The high demand node from European importers, the prospective for lucrative price competition, multiple suppliers and geographical proximity to southeastern Europe and central Europe can be summarized as the most important advantages Turkey has to become a regional gas hub.

In addition to the often-emphasized qualities of the Turkish market, experts also draw attention to the necessary steps to be taken, including further liberalization of the market by decreasing the import license share of the state-run Petroleum Pipeline Corporation (BOTAŞ), adding more storage capacity, negotiation of contractual terms with the pipeline exporters, ensuring market transparency and predictability and introducing the necessary regulations to boost the governance by way of the Energy Market Regulatory Authority (EMRA).

In a recent report titled "The Missing Piece in the Turkey's Gas Hub Ambitions," presented by MNCM Consultancy Founding Partner Kerem Topuz as part of the Sabancı University Istanbul International Center for Energy and Climate, the multilateral benefits of Turkey's becoming a gas hub was laid out.

"Strengthening energy security, improving energy efficiency, decreasing the susceptibility to the oil-indexed gas price fluctuations, high added value and job opportunities will be only some of the benefits of a gas trading hub in Turkey," Topuz said in his presentation.

He emphasized that European countries could significantly benefit from a natural gas hub in Turkey, since their gas import levels are forecast to increase and a well-functioning gas hub will naturally help with gas-to-gas competition.

In further elaboration of the advantages of the Turkish gas trading hub for the suppliers and consumer markets, Topuz pointed out the European concerns for strong dependence on the Russian gas. He specifically noted that trading on a transparent hub mechanism will diminish he utilization of gas a political leverage.

"If Russian gas, along with gas from other supplier countries is being commercially traded in a transparent trading hub, the concerns about geopolitical leverage substantially diminish since no single country can control the commercial operations of the hub. The hub effectively requires all supplier countries to function as commercial entities rather than as state actors," Topuz remarked.

Some of Turkey's long-term gas contracts will expire in 2021, and the number of gas imports stipulated in those contracts total 15.6 billion cubic meters (bcm), corresponding to nearly 30 percent of the annual gas consumption.

As the country is negotiating the renewal of these gas contracts, it looks for more removal of some strictly binding terms. The private sector importers also expect that BOTAŞ may transfer some of its import licenses as the market needs for the liberalization moves in order to support the ambition to reinforce the gas trading hub launched by the Energy Stock Exchange (EPİAŞ) in September 2018 with a view to ensuring a daily price mechanism.

Although significant steps to increase the share of the private sector in gas trade have been taken since the early 2000s, BOTAŞ is still the major holder of gas contracts with an 80 percent rate. Therefore, experts on every platform drew attention to the necessity to unbundle the BOTAŞ contracts.

The unbundling of BOTAŞ contracts will help Turkey ensure a more transparent and foreseeable market in terms of price dynamics.

"Even though mechanisms exist to determine prices in this transparent market, only BOTAŞ possesses enough gas, has contractual flexibility, and serves a portfolio large enough to be a meaningful player in this new market. Therefore, BOTAŞ has a significant influence on the prices in this market," Energy Consultant Topuz highlighted.

"Turkey should offer competitive prices and conclude short-term, flexible contracts. These are significant elements for Turkey to become a gas trading hub. Pricing mechanisms and market predictability should also be the focus," Özkök said.

Turkey's former ambassador to the Organization for the Economic Co-operation and Development (OECD), Mithat Rende, also underscored that the strong physical infrastructure of Turkey gives the country the upper hand when it comes to the competition with other regional countries to become a regional hub. "The prices should be formed in the free market conditions. The market dynamics, predictability and transparency are of vital importance for Turkey to accomplish its goal to become a regional gas trading hub," Rende remarked.

The international natural gas market has evolved away from long-term take-or-pay contracts that are linked to oil prices and include trade restrictions from destination clauses. Instead the market now features shorter-term contracts without destination clauses and pricing based on the supply-demand dynamics of natural gas instead of oil-linked prices. This significant transformation has been facilitated by the increasing amount of liquefied natural gas (LNG) production and trade.

Since Turkey has two floating storage units (FSRU) in İzmir and Hatay and two LNG terminals capable of regasifying 117 million cubic meters of gas per day, the country's gas trade has become more flexible with rising trade from the spot market.

Data from the EMRA demonstrated Turkey's increasing LNG imports accounted for 22.5 percent of the total 50.3 bcm of gas. The country purchased around 11.32 bcm of gas in the form of LNG last year, the data showed. Furthermore, the figure meant that its dependency on oil-indexed pipeline gas, which is purchased on a long-term take-or-pay basis, fell to 77.5 percent in 2018 from the previous level of 88 percent in 2017.

As far as LNG imports are concerned, Turkey's two main suppliers are Algeria and Nigeria, which have long-term contracts with BOTAŞ. The gas purchases from the spot market have demonstrated a more fluctuating course over the last decade, reaching the highest level in 2017 with 4.8 bcm. While Qatar ranked first in spot purchases with 1.5 bcm, the U.S. ranked third, having exported 767.5 million cubic meters of gas to Turkey.