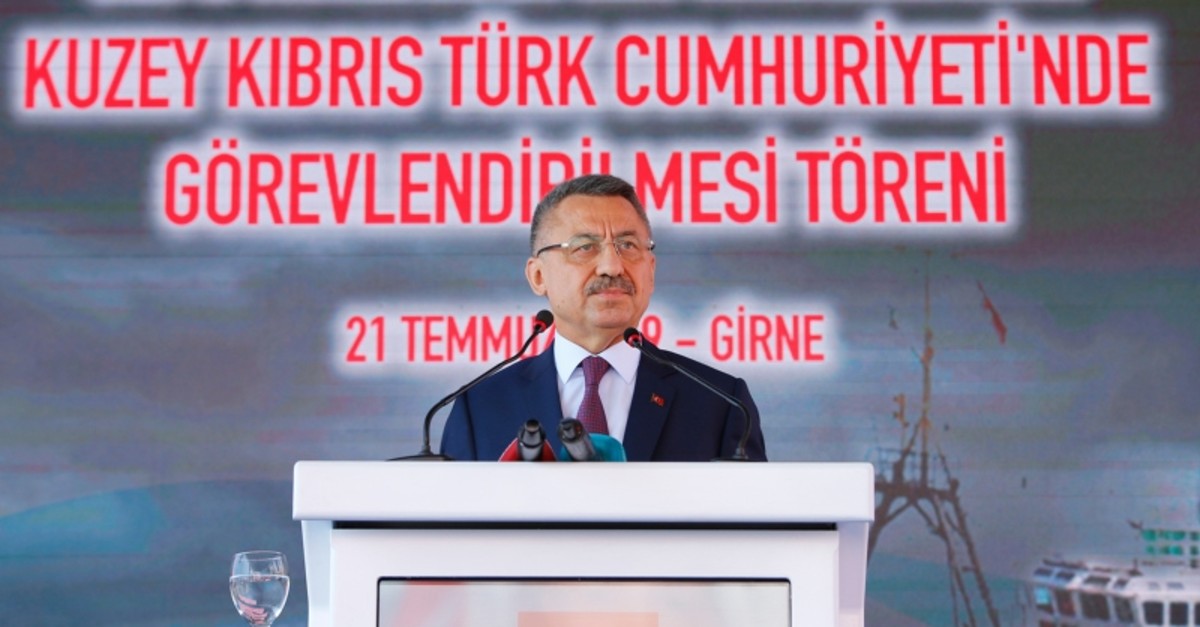 Those who intend to limit Turkey's continental shelf with Antalya Gulf should know that Turkey will resolutely continue its exploration and drilling activities, country's vice president said on Sunday.

"Every inch of our land is precious for us as well as every drop of our sea is precious and indispensable," Fuat Oktay said at the welcoming ceremony of the multi-purpose rescue ship named "Gemi Kurtaran" in the coastal city of Girne.

"The Gemi Kurtaran tugboat will intervene in the possible marine accidents in the Mediterranean and contribute to the prevention of marine pollution from now on," Oktay added.

Oktay said ''the developments in the region and the rapidly changing security balance in the maritime zone have made it necessary for us to move the deterrent power of our navy to further levels.''

"Turkey has always defended the Eastern Mediterranean to be a sea of peace and thus the natural resources should be fairly removed and shared," Oktay said and continued:

"Those who intend to limit Turkey's continental shelf to the Antalya Gulf should know that, we will resolutely continue our exploration and drilling activities. Our country will continue to protect both its own rights and the rights of Turkish Cypriots in the most powerful way as before."

The decades since have seen several attempts to resolve the Cyprus dispute, all ending in failure. The latest one, held with the participation of the guarantor countries — Turkey, Greece, and the U.K. — ended in 2017 in Switzerland.