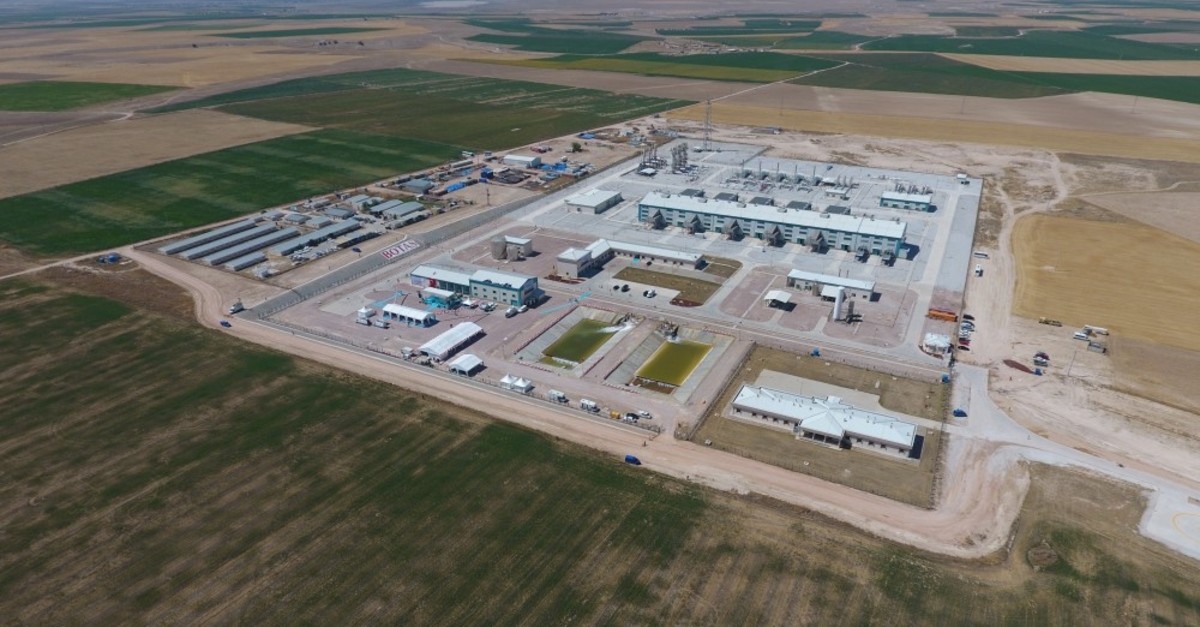 Energy and Natural Resourecs Minister Fatih Du00f6nmez has said Turkey's 2023 target is to store 20% percent of the annual natural gas consumption.
by Daily Sabah Jul 30, 2019 12:15 am

Aiming to expand its gas storage capacity, Turkey witnessed a groundbreaking ceremony for the Lake Tuz (Tuz Golü) Underground Storage Expansion Facility, which is of critical importance in terms of Turkey's energy supply and security. "Our expansion project is the largest storage project among all the storage projects currently under construction in the world," Energy and Natural Resources Minister Fatih Dönmez said yesterday in his address at the ceremony in the Sultanhanı district in the province of Aksaray.

Dönmez highlighted that this phase of the project is expected to be completed by 2023.

Stating that the project is environmentally friendly, Dönmez said the facility will meet 60% of its electricity need from a solar power plant that is projected to be commissioned within this year.

In his speech, Dönmez also noted the transformations Turkey has been going through, in every sense, and that it positively reflected on the energy sector and natural gas sector.

In the meantime, Turkish Petroleum Pipeline Corporation (BOTAŞ) awarded the design, supply and installation of the second phase of the Lake Tuz Underground Storage Expansion Facility to a joint venture between China's Camc Engineering and Turkey's IC Içtaş Construction, BOTAŞ confirmed on March 13.

The country will allocate nearly TL 3.70 billion for the corporation's 15 ongoing and planned projects for this year. With investments it made in the natural gas storage facilities, Turkey ranks among the top countries in Europe, Dönmez previously said, noting that thanks to the natural gas storage projects planned in Turkey, the country ranks fifth after Italy, the U.K., Romania and Poland, while it ranks second to the U.K. in terms of total capacity.

On June 27, 2018, the World Bank and China-led Asian Infrastructure Investment Bank (AIIB) approved a total credit of $1.2 billion for the Lake Tuz facility.