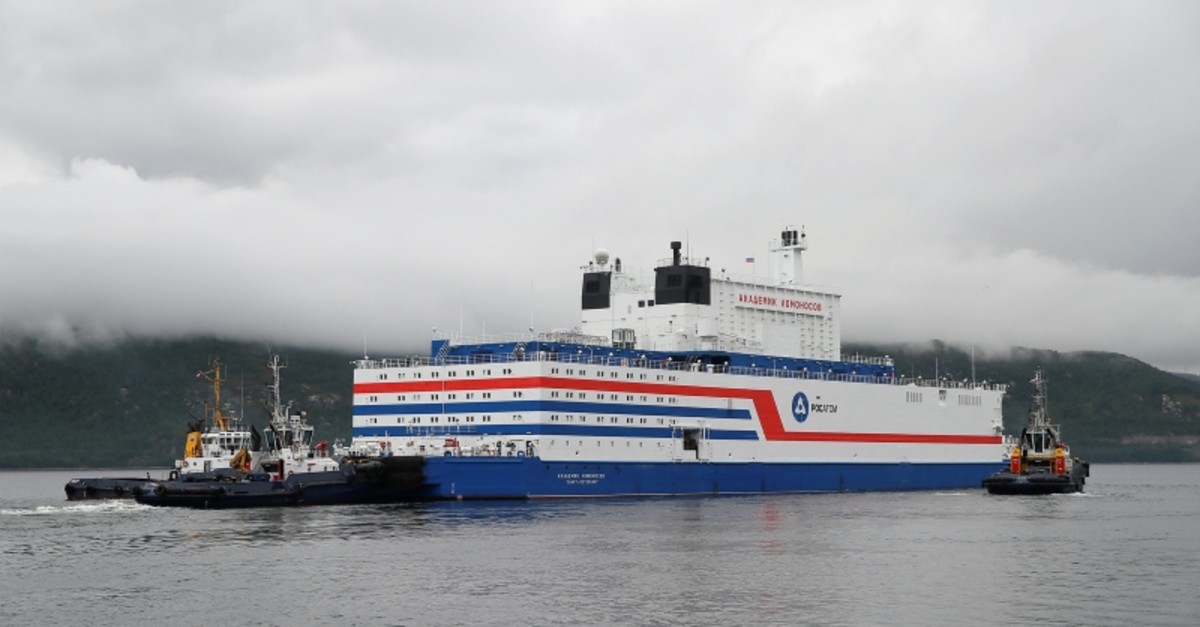 Russia launched the world's first floating nuclear reactor Friday, sending it on an epic journey across the Arctic, despite environmentalists warning of a "Chernobyl on ice."

Developed by the Russian state nuclear company Rosatom, the plant, known as "Akademik Lomonosov," set off on a 5,000 km (3,100 mile) journey through Arctic waters to reach the Chukotka region, which lies across the Bering Strait from Alaska.

The plant, loaded with nuclear fuel, will replace a coal-fired power plant and an aging nuclear power plant supplying more than 50,000 people with electricity in the town of Pevek. It is due to go into operation by the end of year, mainly serving the region's oil platforms as Russia develops the exploitation of hydrocarbons in the Arctic.

Rosatom says the plant is safe and can serve as a new power source for the planet's most isolated communities, but environmentalists have voiced concerns over the risk of nuclear accidents.

The reactor's trip is expected to last between four and six weeks, depending on the weather conditions and the amount of ice on the way. Work began on the 144-meter (472-foot) Akademik Lomonosov in Saint Petersburg in 2006. The vessel weighs 21,000 tons and has two reactors with a capacity of 35 megawatts each, close to that of those used by nuclear icebreakers. It has a crew of 69 and travels at a speed of 3.5 to 4.5 knots.

Greenpeace has called it the "nuclear Titanic."

"We think that a floating nuclear power plant is an excessively risky and costly way of obtaining energy," Rashid Alimov of Greenpeace Russia told Reuters.

He added the unit had not been built with the purpose of fulfilling the energy needs of Chukotka, but rather to serve as a model for potential foreign buyers.

Rosatom did not immediately reply to a request for comment.

The plant's voyage comes at a time of heightened concern over nuclear energy, following a deadly blast this month in northern Russia during a weapons system test that caused a spike in radiation levels in a nearby city.