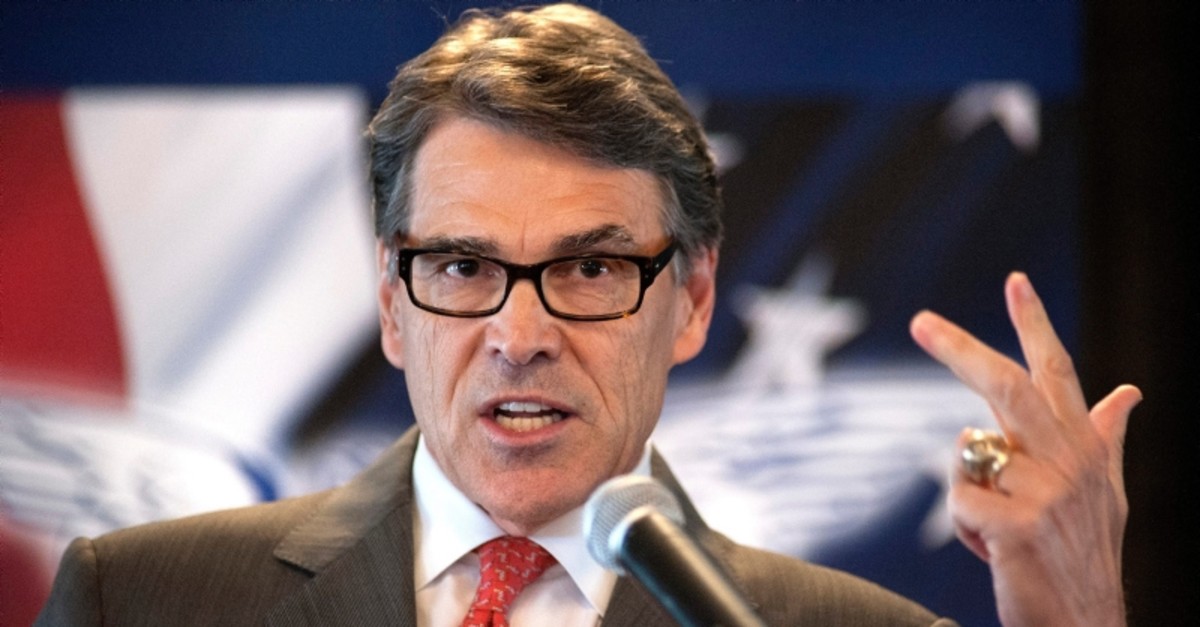 "The market... has a fairly substantial amount of oil out there available," Perry told CNBC.

Perry also said it was "premature" to discuss drawing on U.S. strategic reserves while damage to Saudi output was still being assessed.

The attack has caused the biggest supply disruption in absolute terms in the last five decades, according to International Energy Agency figures.

Saturday's attack will cut the kingdom's output by 5.7 million barrels per day (bpd), according to a statement from state-run oil company Saudi Aramco. It is not yet known how long it will take to restart the production.

Before this, the biggest known disruption, of 5.6 million bpd, was prompted by the 1979 Iranian revolution. The chart shows the current loss against selected earlier disruptions, according to International Energy Agency figures.

In percentage terms, the Iranian loss was larger as 5.6 million bpd amounted to about 9% of world demand at that time, while the Saudi disruption amounts to over 5% of current oil consumption.

U.S. and Saudi officials have blamed Iran for the attacks but Tehran has dismissed the accusations, suggesting that Washington was seeking a pretext to attack Iran.

Meanwhile, Saudi authorities are considering whether to delay an IPO for oil giant Aramco after this weekend's attack on its oil facilities shut down a major chunk of global production, people with knowledge of the matter said.

"They're in the process of assessing the damage. It's a possibility but it's still very early," said one of the persons who spoke on condition of anonymity.

Aramco had planned to debut in November on a local stock market before listing on an international one next year, sources had told AFP last week.

The IPO could be the largest ever, with the company's valuation poised to top $1 trillion.

The company's plans appeared to have accelerated in recent weeks after it chose JPMorgan to lead the initial public offering, sources said. Goldman Sachs and Bank of America among others are also among the banks involved.

The IPO is part of Riyadh's efforts to diversify its economy away from petroleum.

Houthi rebels backed by Iran, who have been locked in battle with a Saudi-backed coalition for years, claimed responsibility for the attacks on Aramco facilities.

The attack shut down about half of Saudi production, according to Craig Erlam of foreign exchange company Oanda.

No one was injured during the attacks but it remained unclear how soon Saudi Arabia could bring its production capacity back to normal.