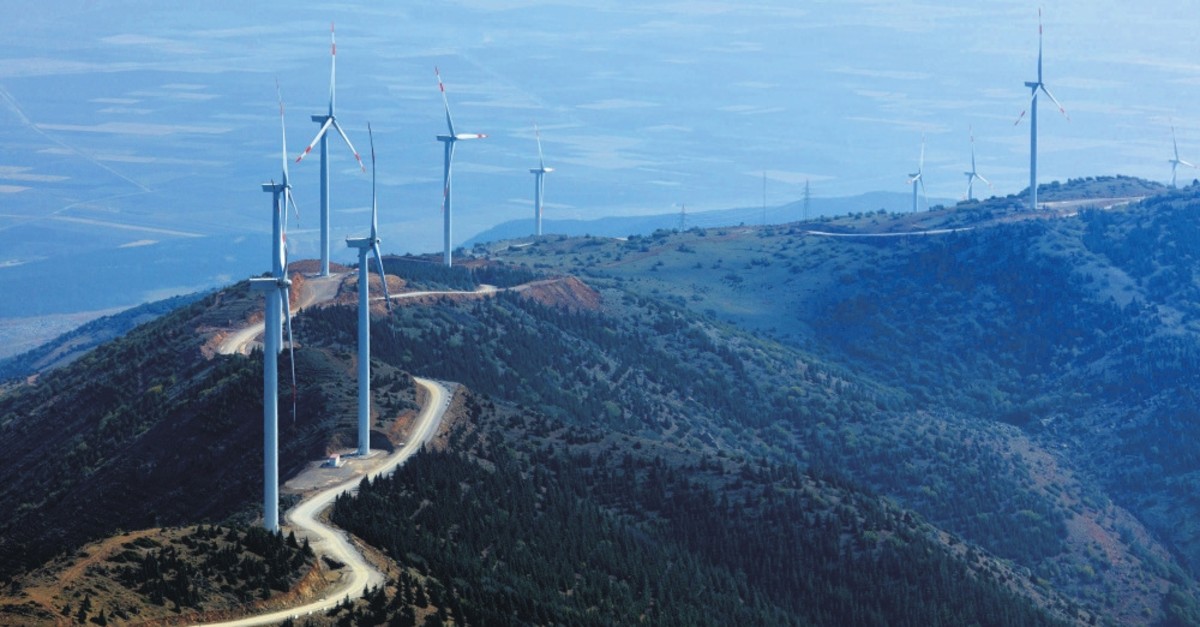 Turkey's wind electricity generation hit a daily record on Sunday with 19% of the total power being generated from wind, according to data from the Electricity Transmission Corporation (TEİAŞ) yesterday.

The country produced 132.90 gigawatt-hours (GWh) of electricity from wind farms on Sunday, according to data provided by TEİAŞ.

Throughout the period, wind power generation per hour remained above 5 GWh.

According to TEİAŞ, Turkey's total installed power capacity was 90.39 gigawatts (GW) as of Sept. 15. Wind power installed capacity was 7.27 GW in the same period.

The country plans to boost its wind and solar capacity by 10,000 megawatts (MW) each in the coming decade through renewable energy resources zone (YEKA) tenders.