Turkey warns Greek Cyprus against drilling on its shelf 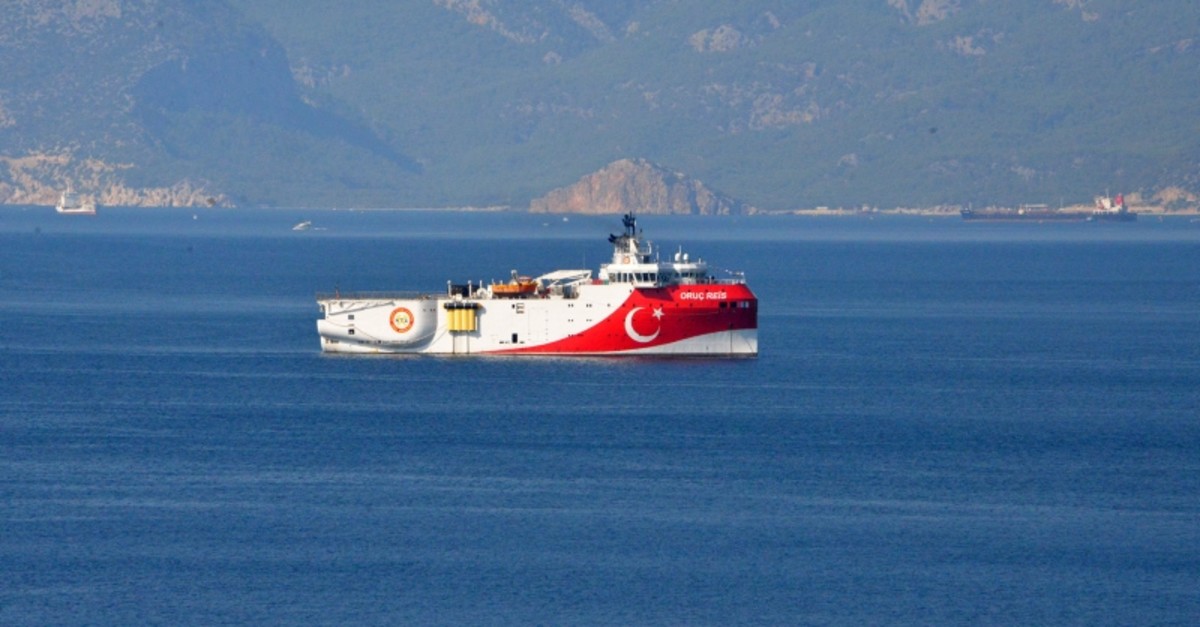 The Turkish Foreign Ministry on Thursday warned Greek Cyprus not to commission hydrocarbon exploration on the Turkish continental shelf in the Eastern Mediterranean.

Foreign Ministry Spokesman Hami Aksoy responded Thursday to questions about Greek Cyprus' signing of deals with France's Total and Italy's Eni to carry out exploration in the so-called Block 7, which includes a section of Turkey's continental shelf.

"Part of the so-called license area No. 7 — as we have previously called into consideration many times and shared with the international public — remains within the continental shelf of our country, which is also registered with the United Nations," Aksoy said.

"We are again warning that no hydrocarbon exploration be carried out on the Turkish continental shelf based on the Greek Cypriot Administration's invalid licenses," he said.

Greek Cypriot authorities announced Wednesday that a deal had been signed with Total and Eni — the biggest players in Greek Cyprus' energy search — for exploration and drilling off the coast of Cyprus.

Last year, Greek Cyprus invited Total and Eni to bid for the so-called Block 7, which Greek Cyprus claims is part of its Exclusive Economic Zone (EEZ), and on Wednesday contracts were signed giving them an equal 50% share in the venture.

Around nine exploration drills are expected over the next 24 months in the various blocks off the southern coast.

Aksoy said the deal with Total and Eni "shows that despite all our warnings, the Greek Cypriot Administration is not able to realize our commitment to this issue."

"This signature proves that the Greek Cypriot Administration insists on maintaining the irresponsible attitude that disregards the equal, inseparable rights and interests of Turkish Cypriots to the natural resources in and around the island," he emphasized.

He reiterated that Turkey will continue to take the necessary measures to protect its rights and interests.

"We continue to give strong warnings that the unilateral actions of the Greek Cypriot Administration, which seize the rights of the Turkish Cypriots, do not contribute to peace and stability in the Eastern Mediterranean," he said.

Aksoy said that TRNC's proposal to form a joint committee on the fair sharing of the island's hydrocarbon resources remains on the table.

Since spring this year, Ankara has sent two drilling vessels — Fatih and most recently Yavuz — to the Eastern Mediterranean, asserting the right of Turkey and the TRNC to the resources of the region. The drilling area falls entirely within the Turkish continental shelf registered with the U.N. and in permit licenses that the Turkish government in previous years granted to Turkish Petroleum, the country's national oil company.

Turkey's first seismic vessel, the Barbaros Hayrettin Paşa, bought from Norway in 2013, has been conducting exploration in the Mediterranean since April 2017. A second seismic exploration vessel, MTA Oruç Reis, joined Turkey's exploration activities in the region at the end of August.