US to continue to hold onto oil fields in Syria, official says 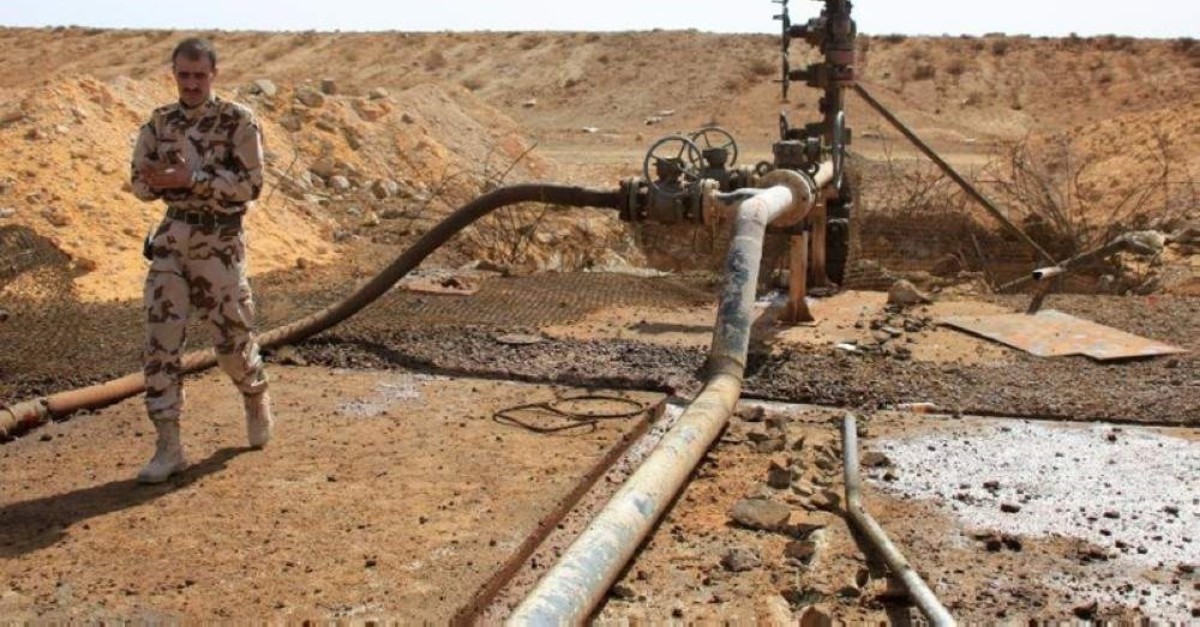 | File Photo
by Anadolu Agency Oct 25, 2019 11:06 am
The U.S. will reinforce its position in Syria to protect oil fields from being retaken by the Daesh terror group, a defense official said Thursday, as Donald Trump told PKK-linked terrorists to head toward the oil region.
Speaking on condition of anonymity, the official recalled that Defense Secretary Mark Esper said he would advise President Donald Trump to "ensure the ongoing success" of efforts to defeat the group in the war-torn country.
The official’s remarks came hours after Trump vowed not to allow a "reconstituted" Daesh to take over oil fields in northern Syria.
"The Oil Fields discussed in my speech on Turkey/Kurds yesterday were held by ISIS until the United States took them over with the help of the Kurds. We will NEVER let a reconstituted ISIS have those fields!" Trump said on Twitter, using another name for Daesh.
Referring to the PKK-linked People’s Protection Units (YPG) ringleader Ferhat Abdi Şahin (also known as Mazloum Kobani) Trump said it was time for the YPG to start heading to the oil region, an apparent reference to oil fields in Deir el-Zour province of Syria, as Turkey is striving to establish a 30 kilometer safe zone near the border.
On Thursday, President Recep Tayyip Erdoğan urged the U.S. to extradite the aforementioned YPG leader, who is sought with an Interpol Red Notice.
Turkish and U.S. delegations reached an agreement recently to pause Turkey's counterterrorism operation in northern Syria for 120 hours, in which the PKK terrorist group's Syrian affiliate YPG was expected to withdraw from the designated safe zone area. The U.S. informed Turkey on Thursday that the terrorists have withdrawn from the designated area in line with the deal.
"One of the most significant gains by the U.S. and our partners in the fight against ISIS was gaining control of oil fields in Eastern Syria -- a crucial source of revenue for ISIS,” said the official.
"The U.S. is committed to reinforcing our position, in coordination with our SDF partners, in northeast Syria with additional military assets to prevent those oil fields from falling back into the hands of ISIS or other destabilizing actors.
"We must deny ISIS this revenue stream to ensure there’s no resurgence," the official added.
Another defense official told Anadolu Agency that the Pentagon has yet to determine what types of assets to deploy to the area.
Last week, Trump said he would pull back U.S. troops from northeastern Syria ahead of Turkey's anti-terror operation there, a move which sparked backlash from Capitol Hill.
On Wednesday, Trump said Washington will keep "a small number" of U.S. troops in Syria "where they have the oil."
The president did not specify where the troops would be stationed or how many he is considering but said "we’re going to be protecting" the oil. "And we’ll be deciding what we’re going to do with it in the future.”
Last Update: Dec 20, 2019 1:14 am
RELATED TOPICS