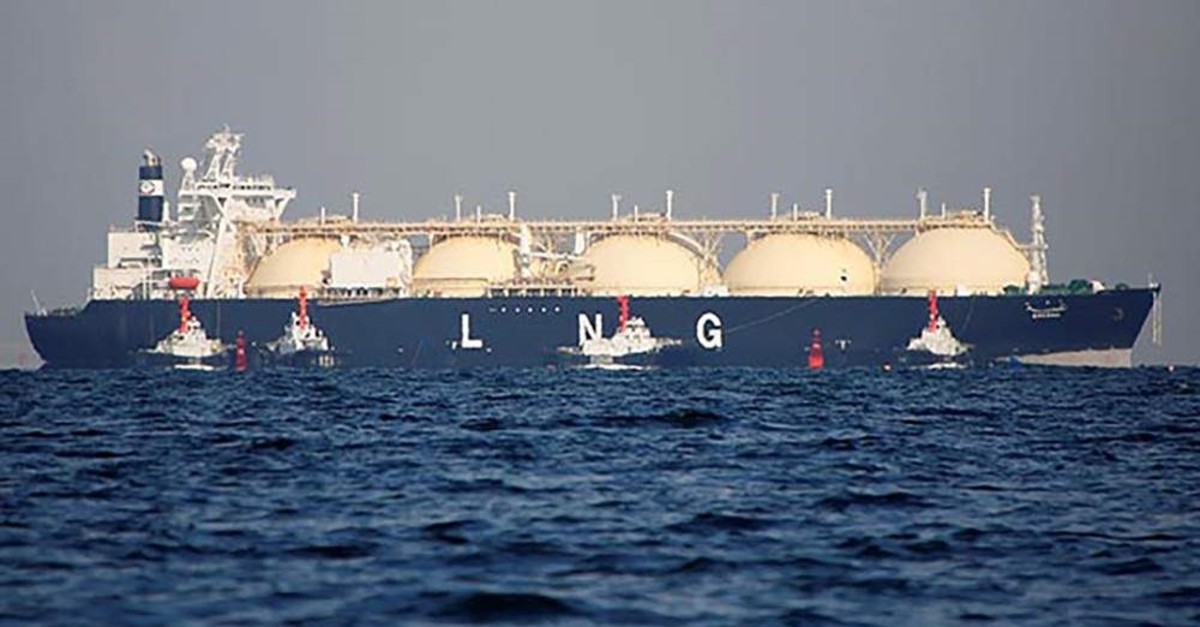 Turkey expects to store 20% of its gas and provide enough liquefied natural gas regasification capacity to meet domestic demand in its endeavor to become a regional trade hub where prices are set.
by Anadolu Agency Oct 30, 2019 10:36 pm

Natural gas will act as a balancing source in global energy markets during the transition to renewable energy, Turkish and Russian energy experts told press members at the Turkish-Russian Energy Experts Round Table meeting on Wednesday.

Turkish and Russian experts discussed the role of natural gas in the current climate change agenda at the meeting in Istanbul hosted by Anadolu Agency in cooperation with Russian news Agency TASS.

Speaking at the meeting, the chairman of the Institute for Energy Markets and Policies (EPPEN), Volkan Özdemir, said that natural gas would be a balancing energy source during the transition to renewable energy, while maintaining its current role among hydrocarbon sources with a 24% share.

“We are going to see growing competition among fuel sources as of 2020," he said. However, he warned that the main problem with natural gas is its pricing.

He advised that actors in the natural gas sector focus on solutions as to how it can compete with other fuels.

Focusing on the pricing mechanism, he said the question of which international currency should be used in energy trading post-2020 would be a key topic on Turkey's trade agenda.

Özdemir referenced the possibility of a global recession, similar to the one witnessed in 2008, and warned that the natural gas market, in a period of abundant supplies, could become and remain oversupplied.

"It is advantageous that natural gas is an environment-friendly and balancing fuel. However, considering a global recession, I believe the real challenge in the natural gas markets will stem from the breakdown in global economical conditions," he concluded.

EastWest Institute Senior Fellow Danila Bochkarev also said that along with renewable energy, the use of natural gas would incrementally increase up to 2040, as renewable energy sources alone would not be sufficient to meet growing demand.

According to Bochkarev, pricing will not be the biggest challenge in natural gas markets, but rather regulations and taxation.

"Gas is currently being sold at very competitive prices. There are differences from country to country but gas producing countries now understand that natural gas should be competitively priced," he said.

Speaking on the role of natural gas in Turkey's energy market, the chairman of Turkish Natural Gas Distributors Association (GAZBİR), Yaşar Arslan, stressed the importance of Turkey becoming a gas hub as soon as possible, which he said would be possible with the help of Russia.

"We import nearly 50-60% of our natural gas from Russia. At this point, I predict that we will show the expected development in the Balkans and Europe through the creation of a hub with the support of Russia in a few years," he said.

While acknowledging that Turkey is the fourth-largest market in Europe in terms of gas consumption, Arslan noted that Turkey is also building its infrastructure to lay the groundwork for the country to become a natural gas hub. In September 2018, the Energy Stock Exchange (EPİAŞ) launched a gas stock exchange that is currently used by an increasing number of natural gas traders as well as Turkey's Petroleum Pipeline Corporation Company (BOTAŞ) to supply natural gas to balance the transmission system. This evolving platform also offers a daily reference price for the gas market.

Turkey operates four LNG terminals, two of which are floating storage and regasification units (FSRU), while the other two are land facilities. The LNG terminal in Marmara Ereğlisi, located 120 kilometers west of Istanbul in the northern Marmara Sea, currently operates with a capacity of 5.9 million tons. The terminal is capable of sending out 8 billion cubic meters per year. Another land terminal is located in the industrial Aliağa district of the Aegean province of İzmir with a capacity of 4.4 million tons of LNG. The İzmir terminal operated by Egegaz has a regasification and compression capacity for 6 billion cubic meters per year.

Turkey's first floating storage unit (FSRU) began operating in December 2016 in Aliağa and is capable of supplying 5.3 billion cubic meters gas per year, regasifying more than 12% of Turkey's annual gas demand. The second FSRU operated by BOTAŞ was commissioned in January 2018 in the Dörtyol district of southeastern Hatay province on the Mediterranean coast. It has a storage capacity of 263,000 cubic meters, the largest in the world. The unit has around 20 million cubic meters of daily output capacity. The third FSRU is also planned to be located in the Saros Gulf in the Aegean.

"In the coming three to four years, Turkey will have the opportunity to store 20% of its gas, provide enough LNG gasification capacity to meet domestic demand, and therefore become a market where prices can be set," GAZBİR Chair Arslan explained.

Arslan added that considering that some of Turkey's gas contracts will end in 2021, GAZBİR affirms that a new pricing mechanism is needed, which could be agreed upon with Russia, the country from which Turkey imports the most gas.

Arif Aktürk, board member of Esgaz & İzmir Natural Gas, said that uncertainty in gas prices is a huge burden for Turkey's natural gas market as the country consumes 50 billion cubic meters of gas per year.

"Prices are uncertain and nobody knows what they will be in December or January. We need to create a liberal market in Turkey. The current gas market is too strict for the system here," he said.

"We need to get rid of all the licenses and permits so that everybody (including the private sector) can import gas in line with the current conditions. This is our expectation," he added.