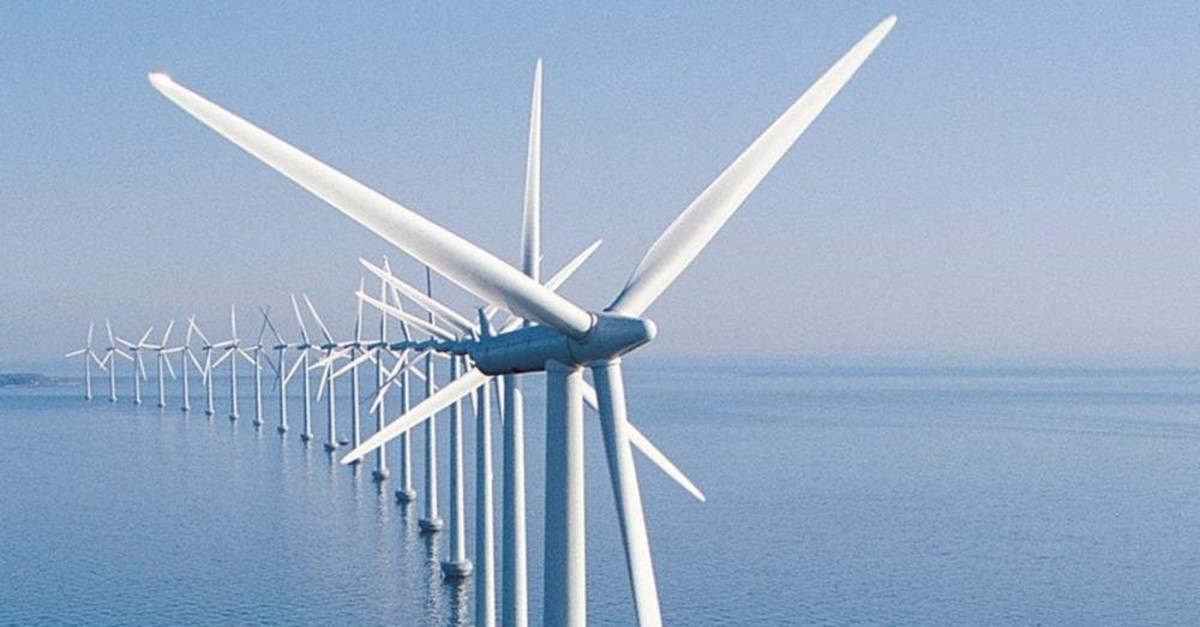 The report presented eight case studies on the technical potential for offshore wind in Turkey, Brazil, India, Morocco, the Philippines, South Africa, Sri Lanka and Vietnam, where such potential was calculated based on wind speed and water depth.

For offshore areas within 200 kilometers off the coast, the technical potential for offshore wind in these eight countries totaled about 3.1 terawatts, according to the World Bank.

The report also detailed Turkey's technical potential for offshore wind. "The most attractive areas for offshore wind lie in the northwest of the Aegean Sea where wind speeds reach 9 meters per second," the report said.

It added that the largest area with the potential for offshore wind had a bottom-fixed potential of 6 GW and 19 GW of floating wind.

A fixed offshore wind farm means that turbines sit on a stable base, but this configuration is only suitable in waters up to 50 meters deep. However, floating offshore wind farms are tethered to the seabed for stability and to reduce drift. These wind farms allow additional wind power generation at water depths exceeding 50 meters.

Turkey wants to add offshore wind to its energy mix in the coming years, and based on this aim, the country plans to offer, for the first time, a total of 1.2 GW of capacity with a total investment volume forecast to exceed $3 billion.

"The Sea of Marmara and the Black Sea have good wind speeds of 7–8 m/s. There are many pockets of opportunity along the western coast and to the southeast," the World Bank stressed.

Areas with water depths of less than 50 meters have the technical potential to generate a total of 12 GW and in waters of 1,000 meters depth, a further 57 GW, according to the report.

The World Bank added that areas to the north must account for shipping lanes between the Aegean Sea and the Black Sea, although these can be facilitated by careful planning.

"As all the areas are coastal, projects must engage local stakeholders and manage visual impacts, especially their effect on tourism," it warned, adding that due to heavy marine traffic in the Marmara and Black Sea coasts, careful navigational planning will be required.

The World Bank said that as transmission networks to demand centers in the north and west are quite strong with 380 kilovolt (kV) and 154 kV lines, reinforcement will be needed to accommodate offshore wind, especially for projects of more than 1 GW.

The group underlined that Turkey has some synergies with the wider European offshore wind market, but no offshore wind farms have yet been built in the Mediterranean.

Gülay Uçar, an energy expert at GOO Energy and Investment Consultancy, said that Turkey has greater potential in offshore wind energy than many European countries.

"Therefore the interest of foreign investors in offshore wind energy projects is expected to increase over time. This increase is expected to expand into projects worldwide thanks to rapid improvements in technology," she explained.

Uçar stressed the number of projects that will help Turkey realize its true offshore wind potential is projected to boost over the next five years.

"Turkey needs to make this potential count. I think Turkey can attract almost $3 billion of offshore wind investment in the medium term," Uçar noted, adding that the required regulations need to be put in place to facilitate investor interest in the sector.