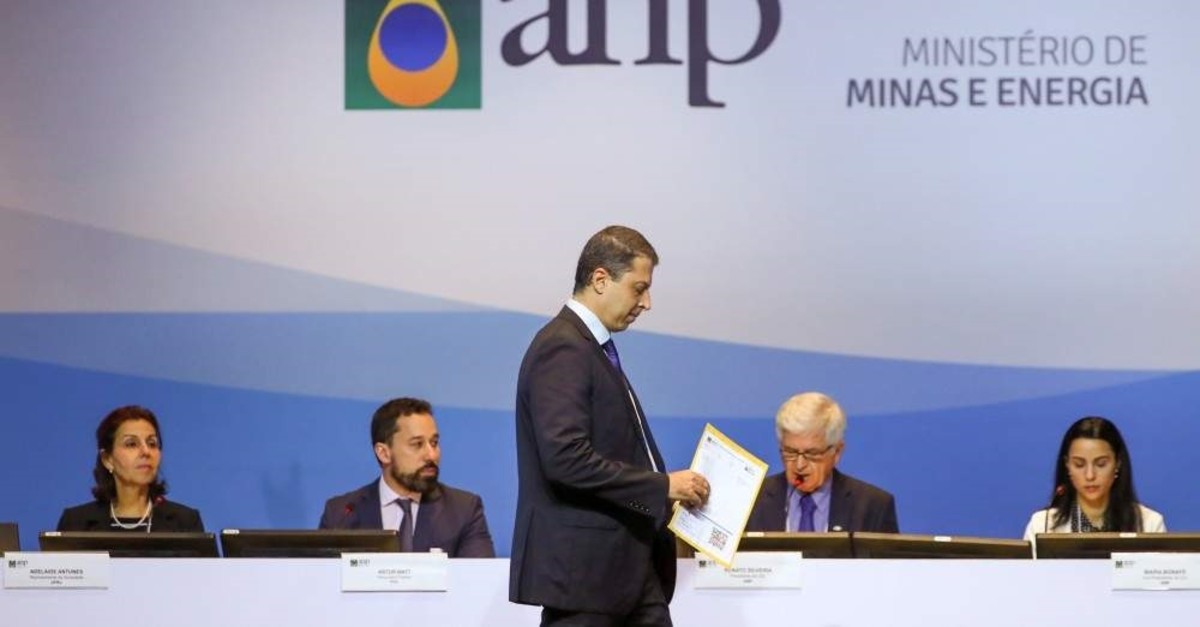 The government had hoped to collect more than $26 billion from the auction of so-called pre-salt reserves trapped beneath the ocean floor off Brazil's southeast coast.

A dozen oil majors had signed up to bid for the blocks that are estimated to contain as much as 15 billion barrels of oil -- nearly double the size of Norway's reserves.

In the end, only two Chinese companies took minor stakes in one of the areas. Two of the four blocks did not receive a bid.

Despite the lack of foreign interest, the auction was still "a success," Decio Oddone, head of the National Petroleum Agency, told reporters.

Oddone described the sale as "the biggest ever achieved in the world."

But Ivan Cima, managing director of Welligence Energy Analytics in Houston, described the auction as a "disaster."

"Not one major participating is a glaring failure," Cima said in an email, criticizing the high price tags and lack of transparency.

The auction comes after President Jair Bolsonaro's recent push in Saudi Arabia for the Latin American country to be included in the OPEC oil producing cartel.

The government had hoped the sale could turn the country into the world's fifth largest producer in the next 10 years.

It ranked ninth in 2018, according to the US Energy Information Administration.

Brazil's state-owned oil giant Petrobras was among the listed bidders that also included ExxonMobil and Shell.

Petrobras snapped up 90 percent of the most expensive field, Buzios. China's CNOOC and CNODC shared the remaining 10 percent.

Petrobras also won the rights to the Itapu block. The Sepia and Atapu fields did not receive any offers.

Energy Minister Bento Albuquerque said Sepia and Atapu could be put up for auction again next year.

Unlike previous oil field sales, the areas up for grabs had already been explored by Petrobras, reducing the risk for buyers.

Prices were fixed and the winners were companies offering the largest cut of oil to the government.

Petrobras had already said it planned to exercise its preferential rights for two of the four blocks. It was expected to partner with foreign explorers.

If the rights to the four areas had been sold, it would have raised 106 billion reais, or more than $26 billion.

Nearly 70 billion reais was bid, according to government officials at the auction. Most of that was for the Buzios field, which is Brazil's second largest in terms of output, with 424,000 barrels per day.

The windfall would nevertheless be a boon to Bolsonaro's far-right government as it struggles to revive economic growth, reduce unemployment and pay down a crippling debt burden.

Environmental activists held a protest outside the luxury hotel in Rio where the auction was being held, demanding "ocean without oil."

Describing the auction as "ridiculous," the 350.org action group said Brazilians "want a sea free of devastating oil spills and the greed of fossil fuel corporations."

The sale comes as Brazil battles to clean up a massive oil spill, which has affected hundreds of beaches along more than 2,000 kilometers (1,250 miles) of Atlantic coastline.