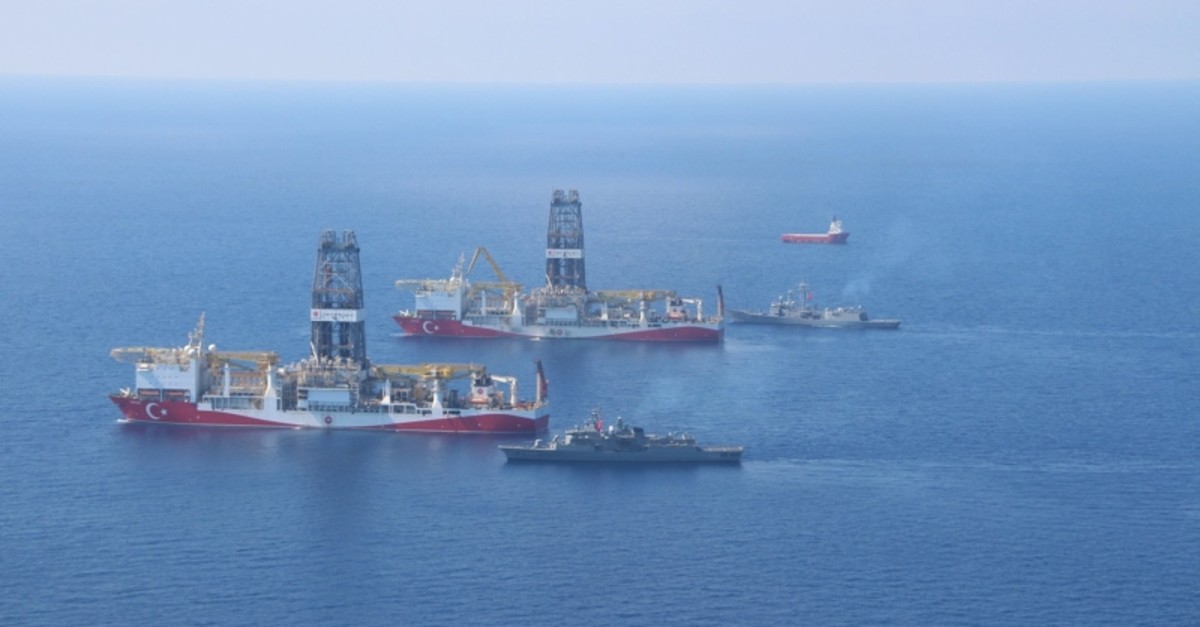 Turkey on Monday reiterated a vow to defend its rights in the Eastern Mediterranean, as a response to the European Union’s plans for restrictive measures against Ankara.

"Turkey will not give up to defend its rights under international law in the Eastern Mediterranean Sea and the interests of the Turkish Republic of Northern Cyprus [TRNC] despite all of the inconsiderate steps of the EU," the Foreign Ministry said in a written statement.

On Monday, the EU Foreign Affairs Council adopted a framework for restrictive measures against Turkey over its drilling activities in the Eastern Mediterranean.

"It is a futile expectation to hope that our country will step back from its rights on the Eastern Mediterranean by yielding to the threats," the ministry stressed.

"Nobody should doubt that Turkey will continue search and drilling activities in the Eastern Mediterranean," it added.

Turkey has consistently contested the Greek Cypriot administration's unilateral drilling in the Eastern Mediterranean, asserting that the Turkish Republic of Northern Cyprus also has rights to the resources in the area. The unilaterally declared that the boundaries of the Exclusive Economic Zone that the Greek Cypriot administration claims to control violates part of Turkey's continental shelf, particularly in Blocks 1, 4, 5, 6 and 7.

Since spring this year, Ankara has sent two drilling vessels — the Fatih and most recently the Yavuz — to the Eastern Mediterranean, asserting the right of Turkey and the TRNC to the resources of the region. The drilling area falls entirely within the Turkish continental shelf registered with the U.N. and in permit licenses that the Turkish government in previous years granted to Turkish Petroleum, the country's national oil company.

Turkey's first seismic vessel, the Barbaros Hayrettin Paşa, bought from Norway in 2013, has been conducting exploration in the Mediterranean since April 2017. A second seismic exploration vessel, the MTA Oruç Reis, joined Turkey's exploration activities in the region at the end of August.