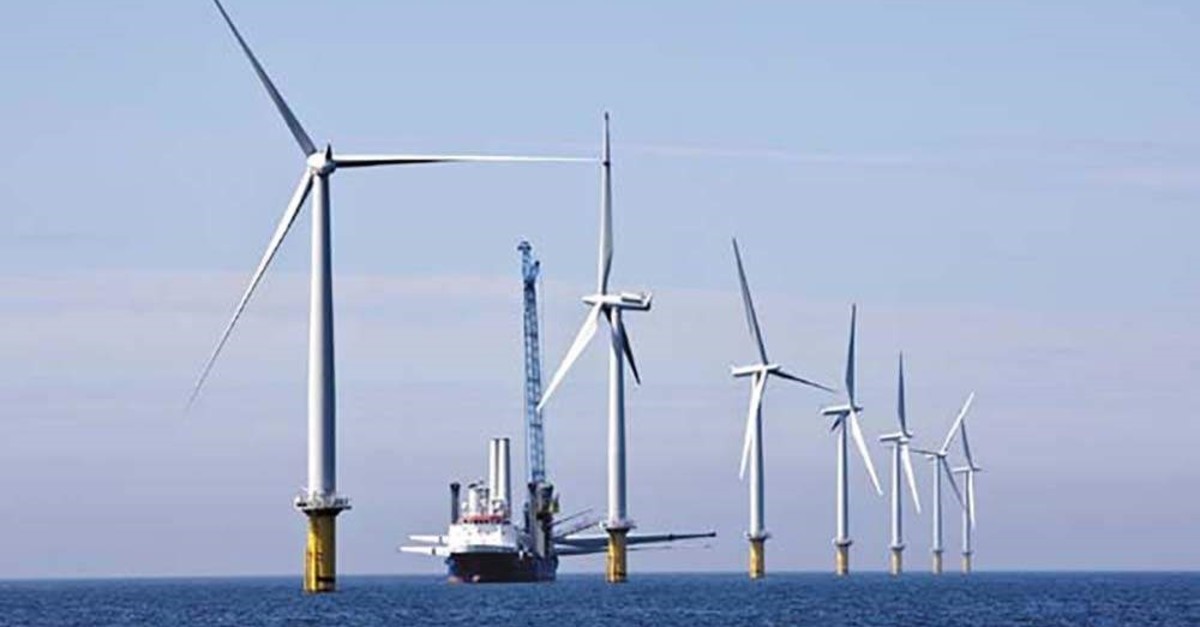 Turkey first announced its intentions on an offshore wind power project in 2017 and has been working on the development of such projects since. According to a recent World Bank report, the country has nearly 70 gigawatts (GW) of technical potential for offshore wind.

A Danish delegation’s three-day visit to Turkey between Nov. 5 and Nov. 7 involved a fact-finding mission. They attended the 8th Turkish Wind Energy Congress in the capital Ankara, followed by visits to production sites in İzmir, Turkey's wind sector capital.

Skov-Albertsen explained in a statement to AA Wednesday that the trip aimed at showcasing Turkey's wind sector, the ease in which business can be done, the high-level facilities and Turkey's wind energy potential, especially in the Aegean region.

A visit to the Ateş Wind Power and LM Wind Power factories located in Bergama confirmed to the Danish representatives that the facilities are of a very high standard.

"Some of these companies are already carrying out activities in Turkey but they are not fully established,” Skov-Albertsen said, adding that with the trip, they saw the country’s large potential and obtained a well-rounded experience to decide whether to move forward in pursuing business with local partners.

Skov-Albertsen recalled that the Strategic Sector Cooperation (SSC), signed between Turkey and Denmark in early 2017, will allow Turkey and Denmark to work closely and exchange experience in offshore wind. The agreement would soon be extended for another three years.

Within the scope of the cooperation deal, he urged that Turkey shares its long-term plans for offshore wind energy with foreign investors to attract further investment. "Companies would like to see plans for the next five, 10 or 15 years,” he said.

He also advised that the completion of one tender is not enough, but to create momentum in this sector and develop a supply chain, more is needed. The key, he remarked, is to work now and look at the experience from other countries and apply what can be used in Turkey.

“I do not know when but I believe that offshore [wind farms] will eventually be developed in Turkey. But it is not important that it is fast, but rather that it will be done the right way," he said.

The Danish cooperation partner, the Danish Energy Agency of the Ministry of Climate, Energy and Utilities, is working with the Turkish Ministry of Energy and Natural Resources.

This work includes sharing Denmark’s experience in this sector, detailing the preparation of tenders and infrastructure and other related topics. It also involves applying what Denmark has learned to possibly implement in Turkey.

“We aim to ensure our Turkish colleagues do not make the same mistakes we made in Denmark, thereby ensuring faster progress," Skov-Albertsen said.

Skov-Albertsen added that the process Denmark undertakes before a tender is issued to decrease investor risks. This involves running many on-site tests and analyses, including wind measurements, seabed analyses, and environmental impact assessments.

In Turkey’s case, uneven sea depth is an issue, which can be solved by choosing the correct foundation, either fixed or floating, he said.

He surmised that the development for the Port of Esbjerg, on the southwest coast of Jutland that has become Europe's leading port for shipping offshore wind turbines, could be used as a blueprint for development in İzmir.

Seda Kayrak Bilgen, senior trade manager and team leader of the Energy and Environment Department at the Trade Council of Denmark in Istanbul, also reiterated both countries’ intent to form partnerships in the wind sector.

She remarked that it has not gone unnoticed that Turkey’s location could allow it to become a regional hub, adding that the success of Turkey’s Renewable Energy Resources Zones (YEKA) wind energy tenders is important internationally in bringing sub-suppliers to the country.

Bilgen hailed Denmark’s offshore wind players as very experienced, dating back to 1991, and successful in ensuring the biggest project developers and investors have been globalized from Denmark.

"These people have come to Turkey and spoke with stakeholders. We believe that this project will be realized sooner or later with Turkey’s great potential," she concluded.