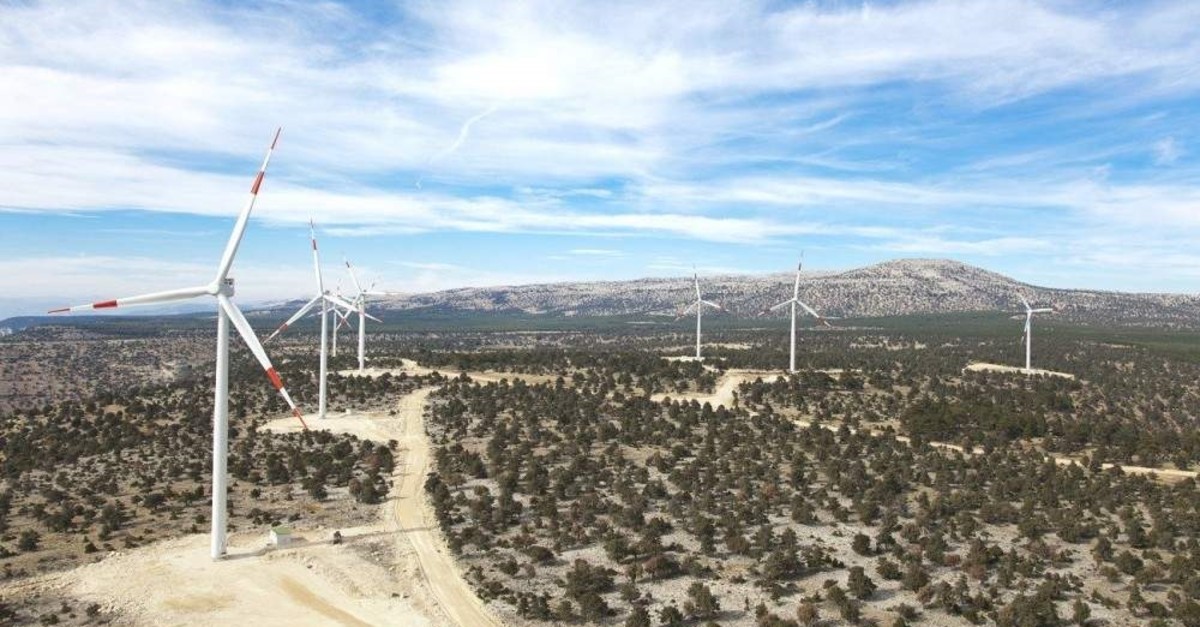 Turkey currently enjoys more than 7,600 megawatts (MW) of electricity generation capacity in wind power. (?HA Photo)
by Daily Sabah with AA Nov 14, 2019 6:45 pm
Foreign investors and experts emphasized the profound development of the Turkish wind power sector, which has attracted significant amounts of foreign investment in the last decade.
The total installed capacity of Turkey's 262 wind farms, both licensed and unlicensed, has surpassed 7,600 megawatts (MW) and represents an 8% share of total installed capacity. The country ranks sixth in Europe and 12th in the world in wind installed capacity. The country's installed capacity in wind energy was 19 MW in 2002, it was increased to 364 MW in 2008,
German-based wind power equipment manufacturer Nordex CEO Jose Luis Blanco Dieguez stressed that the Turkish wind power market encourages local and foreign investors in a statement to Anadolu Agency (AA) Thursday.
“The government successfully conveys the message regarding how it attaches importance to the development of renewable energy. At the end of this year, we will see a new support scheme for investors and we are looking forward to the new program,” Dieguez said, noting that Turkey’s efforts to decarbonize electricity generation has yielded fruitful results.
The Nordex CEO further emphasized that Turkey has learned a lot from the mistakes of the European wind power market.
“The investors who carry out projects in different areas of the wind power sector in Turkey can easily communicate their problems or recommendations to the government officials,” he remarked.
European Wind Energy Association (WindEurope) CEO Giles Dickson remarked that Turkey’s onshore wind power projects were successful. “Turkey has carefully designed the legal framework on the wind energy sector. Those investors who want to participate in Turkey’s first offshore wind farm project are waiting for the release of the legal framework,” Dickson said and indicated that a predictable market is key in the renewable energy industry.
Dickson underscored that Turkey has great potential for offshore wind farm projects. A recent report by the World Bank revealed that Turkey can generate 70 GW from offshore plants. Investors from Denmark, which has the highest capacity in offshore wind farms in the world, have been cooperating with Turkish officials to design a project for Turkey’s first offshore wind farm.
Nordex Turkey General Manager İbrahim Özarslan noted that the wind power plant investments in the next two years will be shaped by the new support mechanism to be announced soon. “A foreseeable market will help investors to plan their investments in the upcoming period,” he said.
Last Update: Dec 20, 2019 1:41 am
RELATED TOPICS