Exxon to sell $25B of oil and gas fields in Europe, Asia and Africa 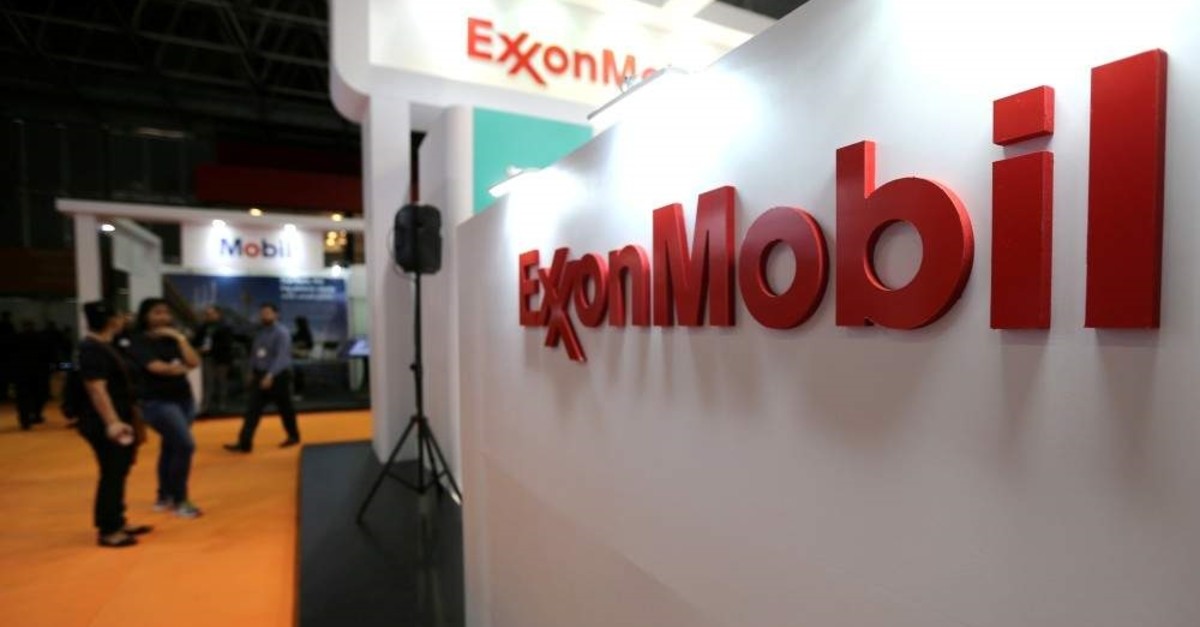 A logo of Exxon Mobil Corp is seen at the Rio Oil and Gas Expo and Conference in Rio de Janeiro, Brazil Sept. 24, 2018. (Reuters File Photo)
by Nov 23, 2019 12:57 am
Exxon Mobil plans to sell up to $25 billion of oil and gas fields in Europe, Asia and Africa in its biggest asset sales for decades, seeking to free up cash to focus on a handful of mega-projects, according to three banking sources.
The sell-off would be a marked acceleration of the U.S. oil major's previous divestment plans. It would represent an ambitious attempt by Chief Executive Darren Woods to catch up with competitors who carried out sweeping portfolio reviews and sold swathes of assets following the 2014 market crash.
Exxon's shares have underperformed its major rivals' in recent years. The disposals would help the company increase spending on new developments and appease investors unhappy with weak cash generation and oil output, which flatlined under Woods' predecessor Rex Tillerson.
The sales would see Exxon effectively quit its upstream oil and gas business in Europe, according to the three banking sources with direct knowledge of the plans. They would free up cash to invest in new developments in Guyana, Mozambique, Papua New Guinea, Brazil and the United States.
An Exxon spokesman declined to comment on specific assets offered for sale but noted it has told Wall Street its asset sales could reach $25 billion through 2025.
Shares in the world's top listed energy company rose following the Reuters report and were up 1.5% at 1816 GMT.
In recent months, the Texas-based company has drawn up an extensive list of assets that it wants to divest, spanning at least 11 countries, the sources said.
The list, details of which have not been previously reported, would easily exceed its current divestment target which envisages it selling about $15 billion of assets by 2021.
Exxon has struck a number of deals in recent months including a $4.5 billion exit from Norway and is also already offering assets in Australia, Nigeria, Malaysia.
The expanded plan will see Exxon also sell out of operations in the British North Sea, Germany and Romania, according to the sources. In Europe that would leave it with production only in the Netherlands, where it holds a stake with Royal Dutch Shell in the giant Groningen gas field which the government plans to shut down in 2022.
The new plan would also see Exxon significantly pare back operations in Southeast Asia with the sale of its assets in Indonesia and Malaysia, the sources said.
In Africa, Exxon wants to sell its operations in Chad, Equatorial Guinea as well as parts of its Nigerian assets.
While Exxon is set to ramp up its spending sharply in the coming years to develop new oil and gas projects, most of its peers have more cautious spending plans due to an uncertain outlook for oil prices and growing pressure from investors to diversify away from fossil fuels toward renewables.
INVESTOR PRESSURE
Exxon responded more slowly to the 2014 oil price crash than some of its rivals that sharply cut spending, putting it under pressure from shareholders to reduce costs.
Exxon's shares heavily underperformed relative to other Oil Majors over the past five years.
https://tmsnrt.rs/2LsEuoy
Unlike rivals such as Shell and BP, Exxon did not carry out a major review of its portfolio in recent decades. BP sold over $65 billion of assets following the 2010 Deepwater Horizon spill in the Gulf of Mexico while Shell sold over $30 billion after acquiring rival BG Group in 2016.
Under Woods, Exxon is set to sharply increase its spending in the coming years as it launches new, large oil and gas developments. In its 2019 investor day, the company said it planned to boost its annual capital spending from $26 billion in 2018 to $30-$35 billion between 2021 and 2025.
Building up its coffers via asset sales could help allay concerns that Exxon will ramp up its debt levels to fund new projects, particularly with oil prices remaining stubbornly close to $60 a barrel.
Moody's Investor Service on Tuesday changed Exxon's outlook to negative from stable due to its negative free cash flow and anticipated use of debt to fund its future capital spending.
Moody's has forecast negative free cash flow of about $7 billion this year and $9 billion next year. It warned the company's debt rating could be lowered next year if Exxon's financial metrics weaken further.
By contrast, Exxon's biggest rival Shell has generated $21 billion in free cash flows so far this year and the figure is expected to rise further in the fourth quarter.
"The company's high level of growth capital investments cannot be funded with operating cash flow and asset sales at projected levels given ExxonMobil's substantial dividend payout, absent meaningfully higher commodity prices and earnings from downstream and chemicals," Moody's said.