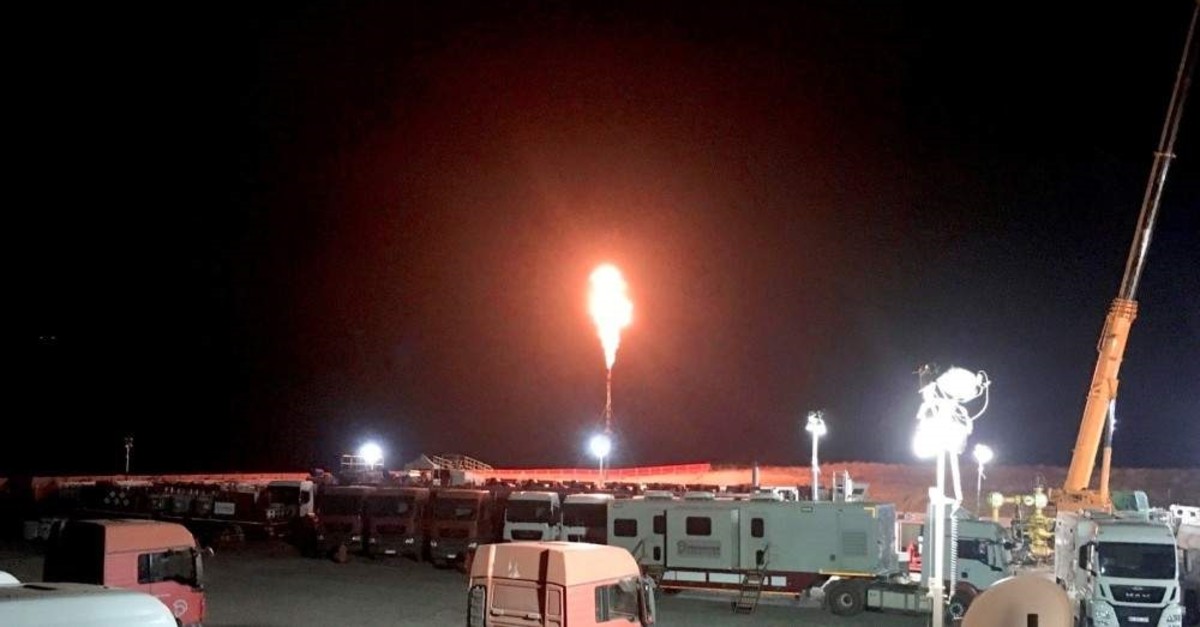 AA Photo
by Daily Sabah with AA Nov 29, 2019 6:33 pm
The first gas production test from the Devepınar-1 well in the Thrace region has successfully flowed gas from the depths of between 4,640 and 4,775 meters – the deepest test yet in play, according to one of the partner companies involved in this play's development, Canada's Valeura Energy, on Friday.
The company stimulated three separate intervals covering 125 meters of gross section between 4,640 meters and 4,765 meters, by deploying 41 tonnes, 61 tonnes and 57 tonnes of proppant, respectively.
"As very high pressures were recorded at the surface immediately after each stimulation, it was necessary to flow each interval for two to three days prior to proceeding to the next operation. The individual flow rates based on the last 24 hour flowing period were 1.6 million cubic feet per day (mmcf/d) , 1.3 mmcf/d and 1.3 mmcf/d from the deepest to the shallowest interval, respectively," Valeura said.
The company said that it interprets these to be positive results as each of these intervals individually has yielded the best gas flow rates that the company has recorded from its testing of the Basin Centered Gas Accumulation (BCGA) play to date.
Following these preliminary results, the company explained that "the next step will be to proceed with comingled flow of all three intervals to confirm the sustainability of the gas flow and to measure whether any condensate is present."
The company has now made headway in its preparations for the comingled flow test.
"The short production test rates disclosed in this news release are preliminary in nature and may not be indicative of stabilized on-stream production rates, long-term performance or ultimate recovery. There is currently no long-term flow information for the deep, unconventional BCGA," Valeura noted.
Valeura Energy is an upstream natural gas producer focused on appraising and developing unconventional gas accumulation play in the Thrace Basin of Turkey in partnership with Norway's Equinor.
Last week, the exploration operations by the Norwegian energy giant Equinor, previously Statoil, and Canadian energy firm Valeura in Turkish Thrace reportedly resulted in a natural gas discovery of 286 billion cubic meters (bcm), corresponding to nearly five years of Turkey's gas demand.
Last Update: Dec 20, 2019 2:01 am
RELATED TOPICS