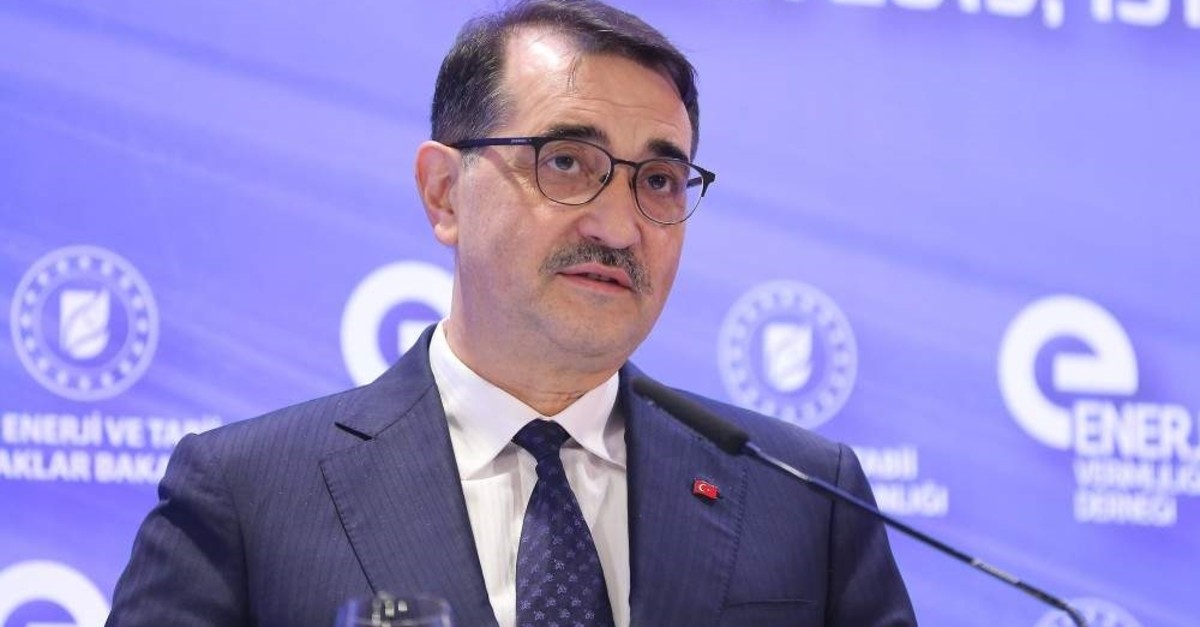 In the face of growing energy demands, Turkey aims to properly manage its resources and increase savings with a widespread energy efficiency policy covering all areas, particularly the public sector.
Energy and Natural Resources Minister Fatih Dönmez stated that the coutnry aimed for the public sector to take the lead in making energy efficiency a part of social culture.
“The annual energy expenditure of the public is approximately TL 6 billion. With the plans we have in mind, we have an energy-saving potential of 40% here, corresponding to TL 2.4 billion,” Dönmez said. “To realize this potential, we will commission Energy Performance Contracting (EPC). With EPC, the costs of public administrations will be covered by their savings.”
In a speech at the Consultation Meeting of Energy Efficiency Association (ENVER) on Saturday, Dönmez said Turkey's energy demand was gradually increasing.
Dönmez said that energy density had the potential to be reduced by something close to 40% compared to developed countries, suggesting that energy efficiency should be made a part of social culture in this regard.
Recalling that Turkey had already started to implement the National Energy Efficiency Action Plan around one and a half years ago, Dönmez said that an investment of $1.35 billion was made in energy efficiency in the 2017-18 period, resulting in a saving of $308 million.
The country aims to invest some $11 billion in energy efficiency over the next five years, cut its primary energy consumption by 14%, and reduce 66 million tons of CO2 emissions.
“We want the public to set an example in this scope. Under the Presidential Circular, at least 15% energy savings must be achieved for public buildings by the end of 2023,” he continued. “For the transformation of public buildings, we obtained a $200 million loan from the World Bank, of which $4 million took the form of a grant. The annual energy expenditure of the public sector is approximately TL 6 billion. As a result of our work, there is an energy-saving potential of 40% here, corresponding to TL 2.4 billion.”
To realize this potential, Dönmez stated that they would commission Energy Performance Contracting (EPC), adding that with EPS, the costs of public administrations will be covered by their savings.
The energy minister stated that their aim was to spread energy efficiency to all segments of society through various applications and announced that they initiated a communication campaign with the slogan “Live Efficiently with Your Mind.”
Dönmez explained that with this campaign, they aim to raise awareness about energy efficiency in households, increase awareness levels and turn this into behavior change.
“With the campaign, we will also share awareness-raising content on issues such as protecting the environment and reducing dependence on foreign sources while promoting energy efficiency,” Dönmez said and pointed to financing as one of the most important topics that will increase energy efficiency activities.
“We are working on new-generation models, where energy efficiency becomes a commercial product and market value is created,” he further stressed. “In this context, we are conducting a project of $200 million with the World Bank and 50 million euros with the European Bank for Reconstruction and Development (EBRD) under the coordination of the Ministry of Treasury and Finance. We are working with the World Bank on more comprehensive funding of $300 million, which also includes local governments.”
Murat Kalsın, chairman of Energy Efficiency Association, on the other hand, stated that last year, $234 billion was invested in energy efficiency worldwide and that the investments in this sector reached an almost equal level with energy production investments. He pointed out that Turkey should create new jobs for more than 700,000 young people every year and said that energy efficiency is a new and important sector that will create employment by bringing qualified young people into professional life.
Energy efficiency monitoring committee
Turkey established the National Energy Efficiency Action Plan Monitoring and Steering Committeeunder the chairmanship of the Deputy Minister of Energy and Natural Resources to carry out the energy efficiency studies effectively with all responsible and related institutions and organizations throughout the country.
A Presidential Circular on the subject was issued in the Official Gazette on Saturday. According to the circular, the duties and responsibilities of the board include conducting energy efficiency activities that require the public sector, private sector and nongovernmental organizations to act in a participatory and collaborative manner within the country in the presence of all responsible and related institutions and organizations, the determination of energy efficiency strategies at the national level, the preparation of action plans and programs, monitoring the realization levels including the National Energy Efficiency Action Plan, ensuring coordination for effective implementation, monitoring the results, and modifying and updating them if necessary.
The board will meet at least once a year to determine the working procedures, principles, and secretarial services. The coordination of the board will be carried out by the Ministry of Energy and Natural Resources.
Sub-committees, and advisory and working groups can be formed if required. In addition to relevant public institutions and organizations, representatives of universities, nongovernmental organizations, professional associations, and the private sector will be invited to board meetings and take part in any gatherings in which their expertise might be deemed useful.
All kinds of support and assistance that will be needed in the studies to be carried out by the board within the scope of the National Energy Efficiency Action Plan and the implementation of the decisions taken will be meticulously provided by the related institutions and organizations.