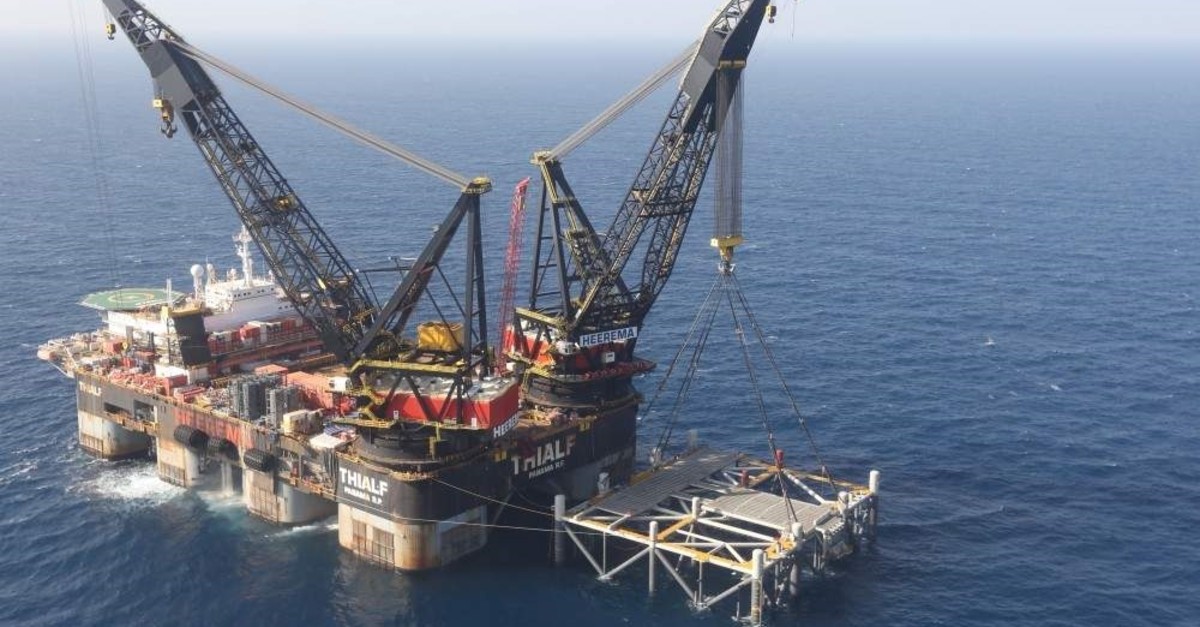 An oil platform in the Leviathan natural gas field, in the Mediterranean Sea off the Israeli coast. (AP Photo)
by Associated Press
Dec 16, 2019 6:31 pm

Israel became an energy exporter for the first time Monday after signing a permit to export natural gas to Egypt. The announcement comes just days before a lucrative Israeli gas field in the Mediterranean Sea is expected to go online.

Energy Minister Yuval Steinitz called the permit a “historic landmark” for Israel. He said it's the most significant economic cooperation project between the neighboring countries since they signed a peace deal in 1979.

The European Union, seeking to reduce its dependence on Russian gas, has encouraged the formation of new delivery routes, including through the eastern Mediterranean. These routes could also curtail Iranian ambitions to use Syria as a gateway to the Mediterranean.

"The natural gas revolution turns us into an energy power and affords us not just a huge income for the country but also a dramatic decrease in air pollution,” Steinitz said.

But Israel's focus on its newfound gas reserves over the past decade has faced stiff domestic criticism from environmental and social welfare activists. They say the government has been too generous toward the gas tycoons behind the exploration, and that the massive investment has steered resources away from focusing on renewable energy sources.

More recently, local activists have been urging Israel's Delek Drilling and its U.S. partner, Noble Energy, to move a proposed shoreline treatment gas rig farther out to sea. The activists fear what they call the catastrophic consequences of spreading toxic water and air pollution toward their homes.

Delek, Noble and the Israeli government insist that the most stringent safety measures have been put in place, and accuse their critics of waging an irresponsible scare campaign.

Aside from the economic benefits, the promise of gas appears to have helped Israel grow closer to Arab governments and other Mediterranean countries. Israel signed a $15 billion deal last year to provide Egypt with 64 billion cubic meters of gas over a 10-year period.

Although past economic agreements with Israel have been controversial in Egypt, where support for the Palestinians runs high, relations have been steadily warming.

Israel already delivers small quantities of gas to the Palestinians and to Jordan, with whom Delek and Noble signed their first export agreement in 2016.

The Leviathan reservoir was discovered in 2010 some 125 kilometers (75 miles) off the Israeli coast, and together with the discovery of the smaller Tamar field, ushered in a wave of optimism for a country that used to take an almost perverse pride in thriving with very few natural resources.

The Zohr gas field – discovered off the coast of Egypt in 2015 – has been touted as the largest ever in the Mediterranean.