Nord Stream 2 and TurkStream will be launched despite US sanctions, vows Russian FM 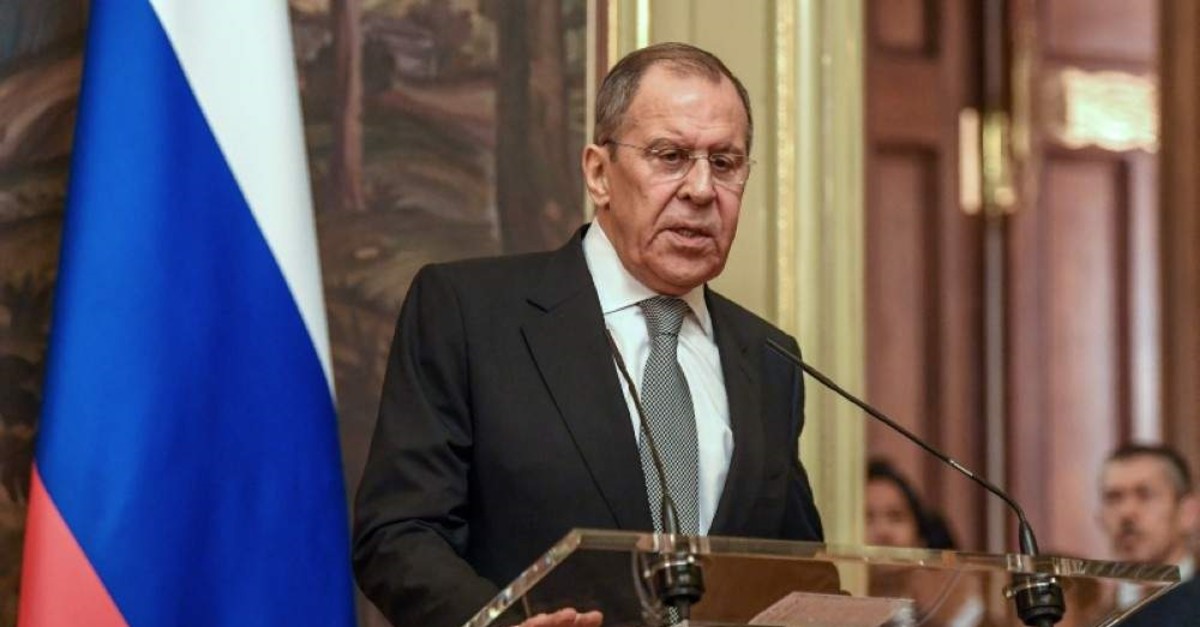 Russian Foreign Minister Sergey Lavrov addresses a news conference after his meeting with the Japanese Foreign Minister in Moscow on Dec. 19, 2019. (AFP Photo)
by Compiled from Wire Services Dec 22, 2019 3:42 pm
Russian Foreign Minister Sergey Lavrov said Sunday that the Nord Stream 2 and TurkStream gas pipeline projects would be launched despite U.S. sanctions, adding that Russia planned to respond to the new measures, the Interfax news agency reported.
On Friday, U.S. President Donald Trump signed a bill that included legislation imposing sanctions on firms laying pipes for Nord Stream 2, which seeks to double gas capacity along the northern Nord Stream pipeline route to Germany.
The European Union also voiced their opposition to the U.S. sanctions and an EU spokesman said that European companies are conducting legitimate business.
"The Commission's objective has always been to ensure that Nord Stream 2 operates in a transparent and non-discriminatory way with the appropriate degree of regulatory oversight," the spokesman said.
The U.S. sanctions target pipe-laying vessels for Nord Stream 2 and TurkStream, a Russia-Turkey pipeline crossing the Black Sea, and include asset freezes and revocations of U.S. visas for the contractors.
Nord Stream 2 would allow Russia to bypass Ukraine and Poland to deliver gas under the Baltic Sea to Germany. Gazprom is taking on half of the project's planned costs and the rest is divided between five European energy companies: Austria's OMV, Germany's Uniper and Wintershall, Royal Dutch Shell and France's Engie.
TurkStream project, which is set to deliver natural gas from Anapa in Russia to Europe through a subsea pipeline that links to Turkey via the Black Sea, is to be inaugurated at a ceremony held on Jan. 8, 2020 and will be attended by the presidents of Turkey and Russia.
It consists of two pipelines that will have a total supply capacity of 31.5 billion cubic meters, corresponding to the annual energy demand of 15 million homes. Turkey will receive 15.75 billion cubic meters of the gas, while the remainder will go to southeastern Europe. The second line is expected to go from Turkey through Bulgaria, then on to Serbia, Hungary and Slovakia. The second section is expected to be completed in 2020.
The Trump administration, like the Obama administration before it, opposes the project on the grounds it would strengthen Russian President Vladimir Putin's economic and political grip over Europe. Russia has cut the delivery of fuel to Ukraine and parts of Europe in winter during pricing disputes.
Last Update: Dec 22, 2019 6:18 pm
RELATED TOPICS