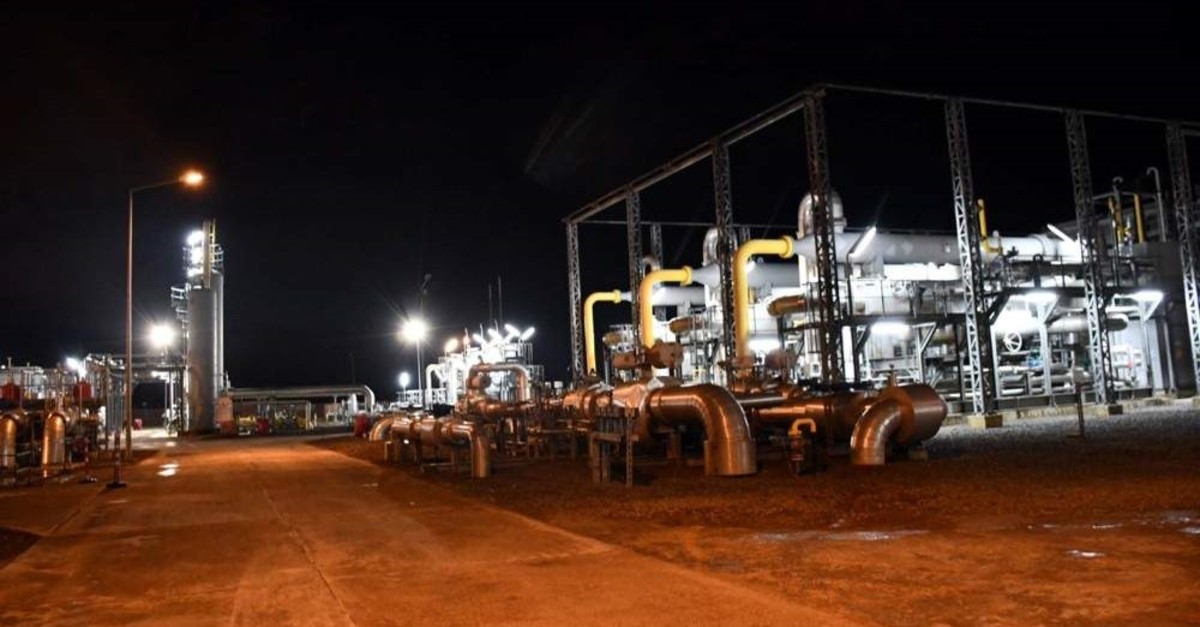 By the end 2019, Turkey's natural gas storage capacity amounted to 3.44 billion cubic meters while the daily natural gas transmission system reached a capacity of 318 mcm. (DHA Photo)
by Daily Sabah with AA Jan 05, 2020 4:49 pm
Natural gas inflow to Turkey's gas network saw a year-on-year decrease of around 6.33% to 46.83 billion cubic meters (bcm) in 2019, according to data from the Turkish Petroleum Pipeline Corporation (BOTAŞ) on Saturday.

In 2018, around 50 bcm of natural gas entered the Turkish natural gas system, the majority of which, at around 49.33 bcm, was consumed.

As Turkey's natural gas export volume is very low, the total consumption is expected to be close to the amount of inflow.

Energy and Natural Resources Minister Fatih Dönmez said on his Twitter account last year that the share of local and renewable resources in electricity production amounted to 62%.

Last year, the highest figure for natural gas inflow was seen in the month of January with 6.22 bcm and the lowest was in June with 2.49 bcm.

The country beat the previous record made on Feb. 14, 2017 when consumption totaled 243 mcm.

The energy minister explained that measures were taken to ensure natural gas supply security without any downtime or cuts during the extreme cold weather in January that triggered a large increase in gas demand.

The transmission and gas distribution network, which exceeds 162,000 kilometers, extended to cover 81% of the population.

By the end of 2019, the country's natural gas storage capacity amounted to 3.44 bcm while the daily natural gas transmission system reached a capacity of 318 mcm.

Turkey imports gas via pipelines from Russia, Azerbaijan and Iran. In 2018, Ankara imported 23.6 bcm of gas from Russia, 7.9 bcm from Iran and 7.5 bcm from Azerbaijan. The remaining 22.5% came in the form of liquefied natural gas.

Between January and October in 2019, the amount of gas imports provided to Turkey through the pipelines hit roughly 35.5 bcm, according to initial calculations based on EMRA data. LNG imports, on the other hand, slightly exceeded 10 bcm, accounting for nearly 25% of the total gas imports in the said period.

Lower LNG prices and abundant surplus supplies were contributing factors to the rise in the share of LNG in the country's imports last year.
RELATED TOPICS