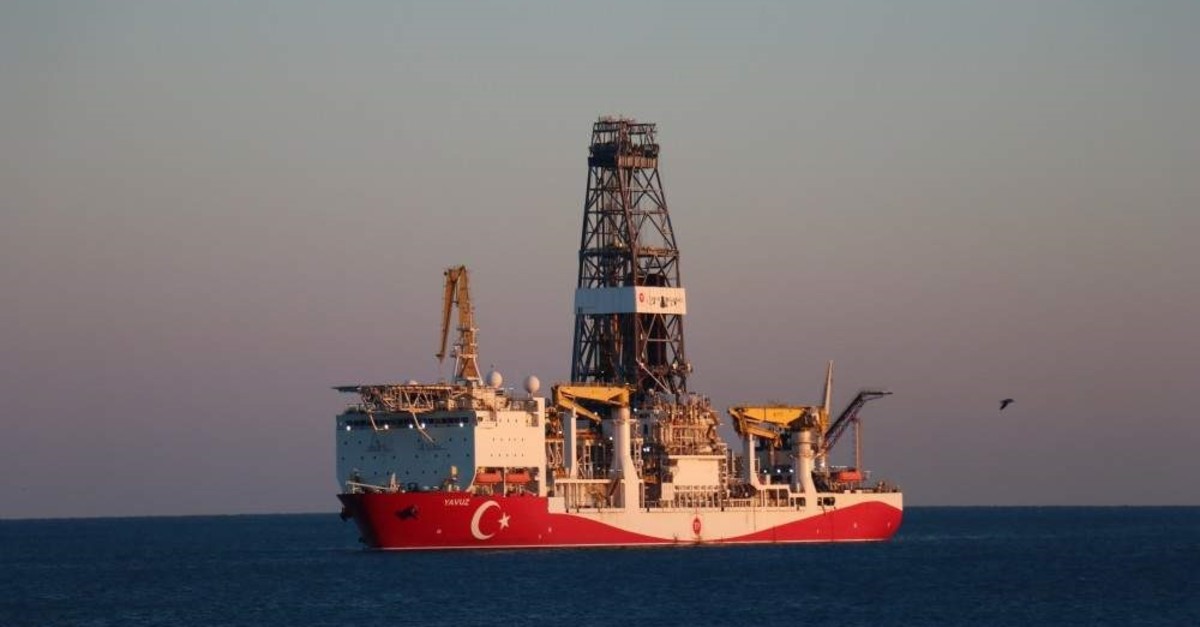 On Sunday, Turkish officials condemned a statement made by EU foreign policy chief Josep Borrell in which he criticized Turkey's energy exploration in the Eastern Mediterranean.

"The EU, acting under the pretext of union solidarity, should first of all end its unrealistic and prejudiced policies and double standards," Foreign Ministry Spokesperson Hami Aksoy said in a statement. "The European Union has remained silent since 2003 against the usurpation and violation of the rights of both Turkey and the Turkish Cypriots in the Eastern Mediterranean. The EU has never mentioned or referred to Turkish Cypriots in any of its statements on the subject and as such has ignored the existence and rights of the Turkish Cypriots."
Aksoy was referring to the year before when Greek Cypriot administration of Southern Cyprus joined the EU, falsely claiming to represent the whole island, including the Turkish Republic of Northern Cyprus (TRNC).

"No one should doubt that Turkey will continue to protect the rights of the Turkish Cypriots also in the south of the island, until their rights to the hydrocarbon resources of the island are guaranteed and a cooperation mechanism is established within the framework of the proposal of 13 July 2019," he added, citing a Turkish Cypriot proposal.

Energy and Natural Resources Minister Fatih Dönmez on Friday said the ship had left port heading toward the Lefkosa-1 line hydrocarbon field off the coast of northern Cyprus in the Eastern Mediterranean in order to conduct drilling activities.

Aksoy stressed that the Yavuz proceeded to license area G south of the island to conduct its third drilling operation in line with licenses granted to the Turkish Petroleum Corporation in 2011 by the Turkish Republic of Northern Cyprus.

"In this license area, as the co-owners of the island, Turkish Cypriots have as many rights as the Greek Cypriots. Should oil and natural gas be found in this area, both parties will share the revenues together," he said.

"In this regard, the proposal made by Turkish Cypriot authorities on 13 July 2019 concerning the equitable sharing of the hydrocarbon resources and revenues is still valid and is an important opportunity for a solution," Aksoy added.

The Yavuz was sent to the East Mediterranean Sea on June 20 to begin hydrocarbon exploration off the coast of Cyprus, with Turkey now considering purchasing and operating an additional drilling vessel for further exploration and drilling activities.

Over the course of the year, efforts to find common ground to allow for the sharing of East Mediterranean reserves between all actors concerned, namely Turkey, the TRNC, and the Greek Cypriot administration have failed.

Turkey recently revealed plans to send a fourth ship, the Oruç Reis seismic vessel, to the Eastern Mediterranean region to continue exploration and drilling. Along with the Fatih and Yavuz drilling vessels, the Barbaros Hayreddin Paşa seismic vessel also conducts exploration activities on behalf of the country.

In August, the sixth generation ultra-deepwater drillship Yavuz started its first operation at the Karpaz-1 well located in the Bay of Gazimağusa, also known as Famagusta, in the TRNC. On Oct. 5, it had reached its second location, the Güzelyurt-1 well, to continue oil and gas exploration and to start drilling activities on Oct. 27.

Turkey also plans further drilling and exploration activities in the region this year, particularly after the designation of blocks in Libya’s exclusive economic zone in consideration of the latest agreement.

On Nov. 27, Ankara and Libya's U.N.-recognized Government of National Accord (GNA) signed two separate pacts, one on military cooperation and the other on maritime boundaries of countries in the Eastern Mediterranean. The maritime pact asserted Turkey's rights in the Eastern Mediterranean in the face of unilateral drilling by the Greek Cypriot administration, clarifying that the TRNC also had a right to the resources in the area. The agreement went into effect on Dec. 8 and further underlined that Ankara had a say in projects that involve its interests as the country with the longest coastline in the Mediterranean and that it would be prepared to cooperate with all countries in the region except the Greek Cypriot administration.