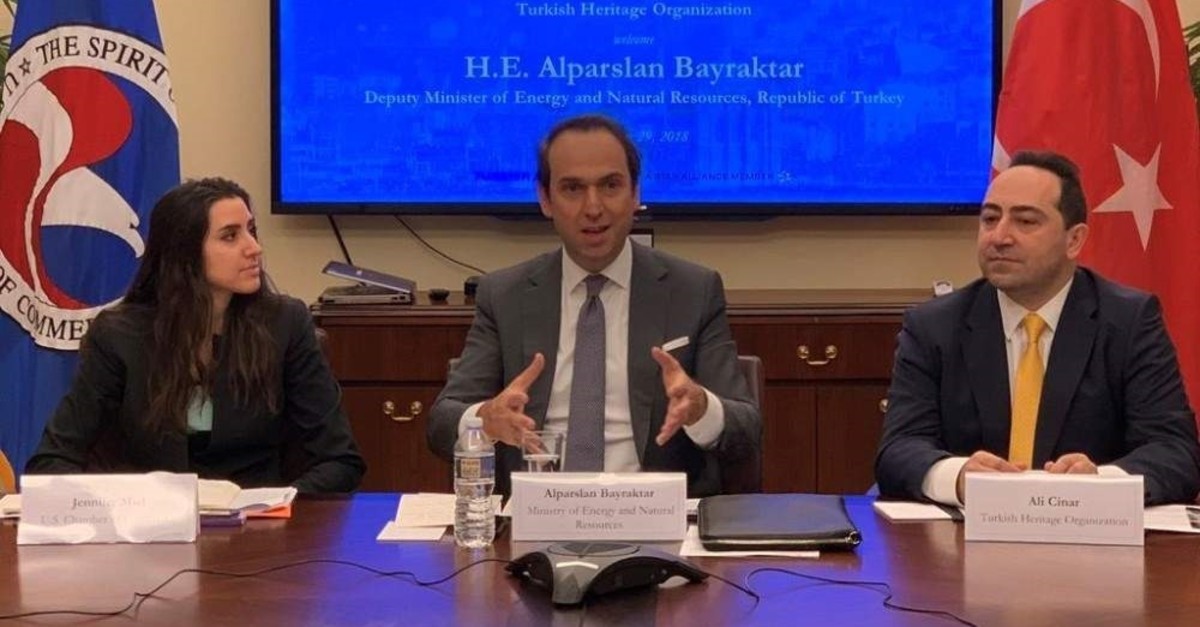 Turkish moves in the Eastern Mediterranean are pragmatic and aim for every party including Turkey to benefit from the natural resources, Energy and Natural Resources Deputy Minister Alparslan Bayraktar said.

In a teleconference organized by the Washington-based Turkish Heritage Organization (THO) on Saturday, Bayraktar explained Turkey's Eastern Mediterranean energy policy.

Expressing that Turkey imports about 70% of its energy needs and, as a result, devotes significant efforts to diversifying and enriching its energy resources, Bayraktar noted that the Eastern Mediterranean issue is critical in this regard.

Turkey has put a lot of effort into key reforms in the energy market between the years 2002 and 2017, Bayraktar said, underscoring that the ministry has been focusing on issues of supply security, the productivity of local resources and predictability in the market for investors since 2017.

"After 2017, we have accelerated our activities in the Eastern Mediterranean pursuant to the current energy supply-demand map. In this context, we have come to a new phase thanks to the drillships that we have purchased," the deputy minister said, adding that Turkey would pursue its rights in the Eastern Mediterranean arising from international law to the fullest extent.

Deputy Minister Bayraktar said Ankara's goal is to reduce its energy dependence. "Our energy work in the Eastern Mediterranean is not meant to be provocative; it is completely an economic and energy-based endeavor," he said.

Stating that the revenues of hydrocarbon resources around the island of Cyprus should be divided in a manner that would benefit all the people of the island, Bayraktar said that the Greek Cypriot side and Greece do not have a positive approach to the matter.

"We are acting constructively, pragmatically and solution oriented in this matter. The agreement we made with Libya is a good example of that. If we had made similar agreements with other neighboring countries like Egypt and Israel, I believe their situation would also be better than today," he remarked.

Bayraktar also noted that energy relations between Turkey and the U.S. had advanced to a more profound level, especially underlining the positive effect of the close relationship between President Recep Tayyip Erdoğan and his American counterpart Donald Trump on bilateral economic relations.