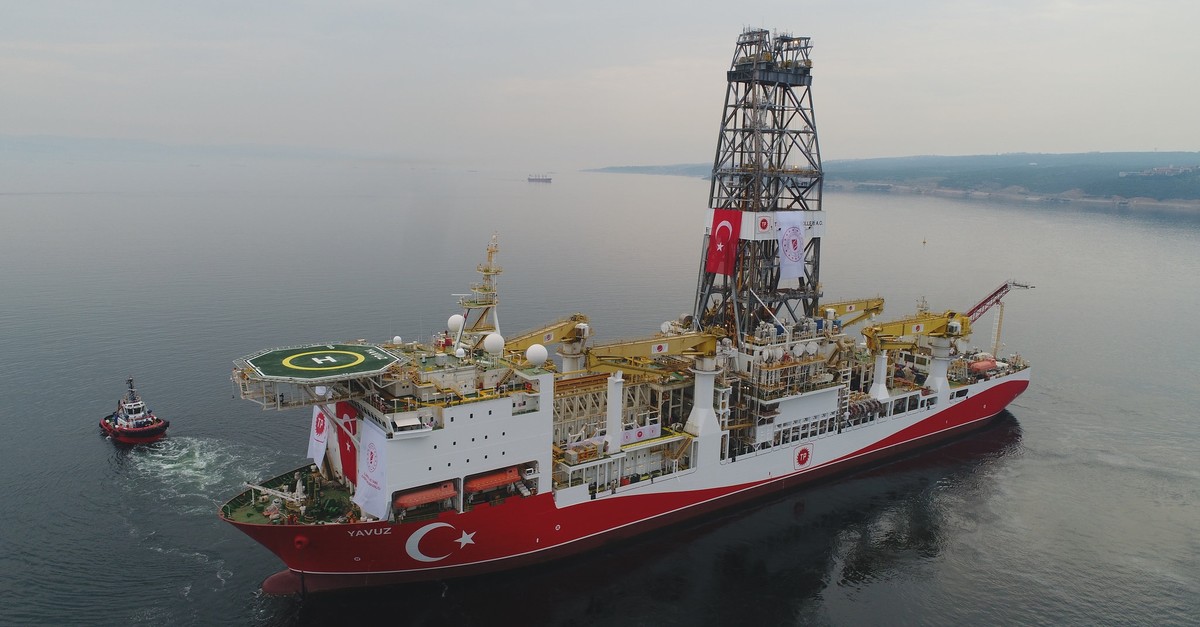 Stressing that membership solidarity should not set aside international law, Çavuşoğlu said it is significant for the bloc to act objectively when taking a stance in rifts between Greece, the Greek Cypriot administration and Turkey regarding maritime boundaries in the Eastern Mediterranean.

"A few days ago, the Court of Justice of the European Union confirmed lack of jurisdiction on maritime boundary delimitation to rule on a border dispute between Slovenia and Croatia. Therefore, the EU has no authority to rule such a decision in the Eastern Mediterranean too," Çavuşoğlu said.

Slovenia had argued that Croatia has been not implementing a 2017 border ruling by the intergovernmental Permanent Court of Arbitration in The Hague, and thus could be sued under EU law. However, the court said the two members were required to find a solution between themselves.

The European Council adopted in November 2019 a framework for restrictive measures in response to Turkey's drilling activities in the Eastern Mediterranean, calling them "unauthorized."

On the other hand, Ankara has consistently contested the Greek Cypriot administration's unilateral drilling in the Eastern Mediterranean, asserting that the Turkish Republic of Northern Cyprus (TRNC) also has rights to the resources in the area.

Turkey, as a guarantor nation for the TRNC, is currently carrying out hydrocarbon exploration activities in the Eastern Mediterranean with two drilling vessels, Fatih and Yavuz, along with the Oruç Reis and Barbaros Hayrettin Paşa seismic vessels in the same region. Turkey also agreed on an agreement with Libya's U.N.-recognized Government of National Accord (GNA) for maritime boundaries.

Turkey has persistently contested the Greek Cypriot administration's unilateral drilling in the Eastern Mediterranean, asserting that the TRNC also has rights to the resources in the area. The unilaterally declared exclusive economic zone (EEZ) of the Greek Cypriot administration violates part of Turkey's shelf, particularly in Blocks 1, 4, 5, 6 and 7.
RELATED TOPICS