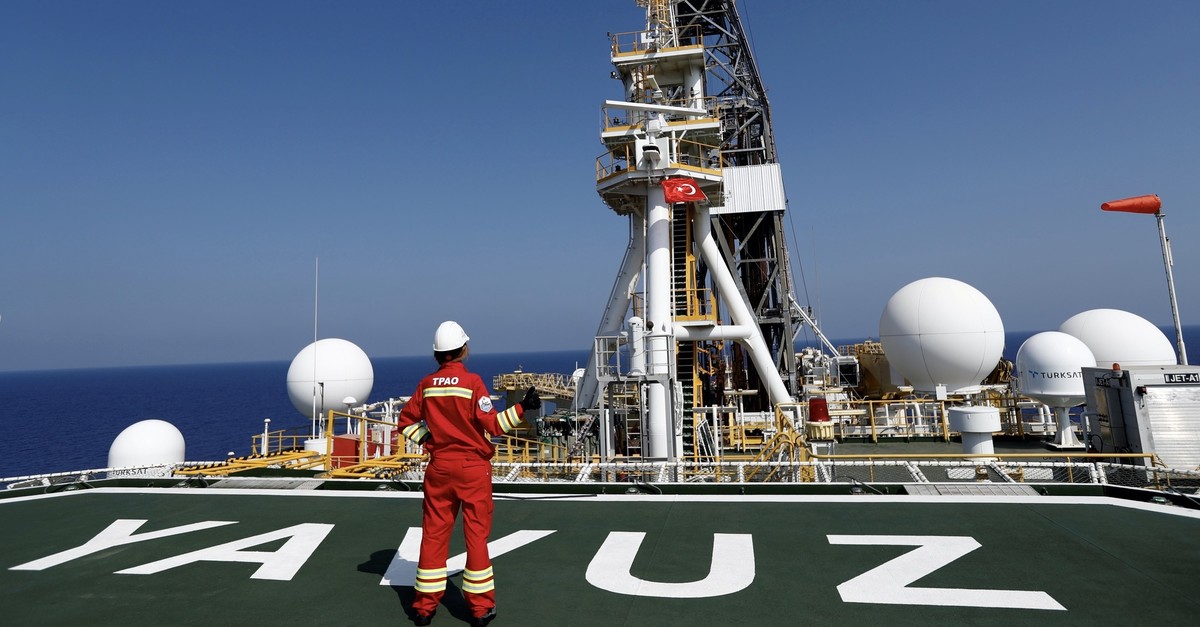 Turkey can achieve its aim to include and boost the use of domestic technology in its oil exploration and production activities through cooperation between the public and private sectors, according to the country's energy and natural resources minister.

"We want to open a new page in the oil industry by including indigenous technology in the oil exploration and production," Fatih Dönmez told the National Technologies in Turkish Petroleum Industry (PEMT) meeting in Istanbul on Monday.

Dönmez said they aim to make the technology being used by the Turkish Petroleum (TPAO) totally domestic.

"We will bring our oil industry among the world leaders with public-private cooperation," Dönmez said.

The event brought together businessmen from related sectors to establish an environment of cooperation and to enable the use of domestically produced technologies in the exploration and production process of petroleum.

It addressed issues like supplying domestic technology to Turkey's seismic vessels Yavuz and Fatih, which are used in exploration and drilling activities within the country's maritime borders in the Eastern Mediterranean.

Within the scope of its national energy and mining strategy, the country has already achieved its aim to produce a number of equipment used in the oil exploration and production processes, according to Dönmez, who said 2019 was a golden year in terms of Turkey's oil production.

The TPAO surpassed 50,000 barrels per day in domestic oil production in 2019, the highest production capacity in the last 20 years, Dönmez noted. In 2018, daily domestic production was 42,330 barrels.

"We also reached the highest-ever figure in total domestic and international oil production by exceeding 150,000 barrels per day," the minister said. He added that indigenization policy also had an important role in their activities.

"In 2019, we carried out most activities in the last 30 years. We carried out land drilling activities with 24 drilling rigs in 121 boreholes, while on the other hand, our drillships Fatih and Yavuz successfully completed five deep-water drillings," the minister said.

Turkey initially sent its first drilling vessel Fatih to search for gas and oil in the waters located in Turkey's continental shelf, some 40 nautical miles off the western Paphos city of Cyprus. The area is claimed by the Greek Cypriot administration within its unilaterally declared exclusive economic zone (EEZ) although it is not among the areas unilaterally licensed by Nicosia for hydrocarbon activities.

Turkey then sent its second ultra-deep-water drillship Yavuz on June 20, 2019, which, starting this year, will continue the exploration activities towards the Lefkosa-1 line hydrocarbon field offshore northern Cyprus in the Eastern Mediterranean Sea.

Along with the Fatih and Yavuz drilling vessels, the Barbaros Hayreddin Paşa seismic vessel also conducts exploration activities on behalf of the country.

It was previously revealed by the ministry that Turkey has plans to send a fourth ship, the Oruç Reis seismic vessel, to the Eastern Mediterranean region to continue exploration and drilling.

Lastly, Turkey was reported on Sunday to have bought its third drillship for nearly $40 million. Having bought the first two vessels from Norway, it purchased the "Sertao" drillship from the U.K. for much less than its market price.

The predicted market value of Sertao is around $120 million but Port Talbot officials in the U.K. wanted a quick relief as the ship idled unsold in the Welsh town for nearly two years. The drillship was produced by Samsung in South Korea. The vessel was used by Brazil's Petrobras between 2012 and 2015.

The Marshall Island-flagged drillship has a length of 227 meters, a width of 42 meters and a draft of 12 meters and can reach down to 11,400 meters of depth and drill for 3,000 meters.

Ankara also plans further drilling and exploration activities in the region this year, particularly after the designation of blocks in Libya's EEZ in consideration of the latest maritime delimitation agreement between Ankara and Libya's U.N.-recognized Government of National Accord (GNA) which was signed on Nov. 27, 2019, and ratified by the Turkish Parliament on Jan. 2, 2020.

The maritime delimitation agreement, which secured both countries' western border in the sea, was a response to the attempt to sideline Turkey and the Turkish Republic of Northern Cyprus in the Eastern Mediterranean.

"We will continue to expand our technical capacity on the high seas... Turkey will never turn back from its legitimate cause in the Eastern Mediterranean. The foundation of our historical mission and energy strategy is based on indigenization. We do not have an eye on anyone's resources, but whoever tries to usurp our rights will get the best answer. The Eastern Mediterranean is nobody's domain" the minister noted.