Number of licenses issued for gas exports from Turkey reaches 18 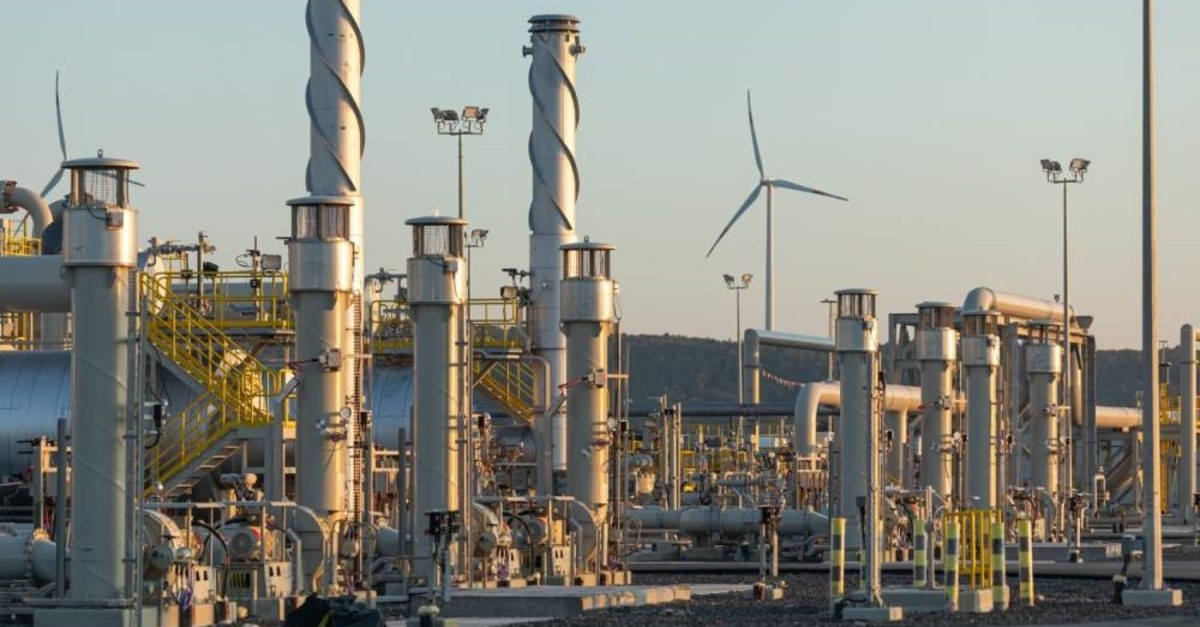 The number of licenses Turkey's watchdog issued to companies for the export of natural gas from Turkey to Europe has increased to 18, supporting the country's goal to become a regional energy trading hub.

In July, the EMRA granted separate licenses to two other gas companies, Shell and the private Turkish gas company Aygaz, for the export of natural gas to Europe.

The license, which will allow Danske Commodities to transfer gas via Bulgaria, shows that Equinor will remain in the Turkish market for its downstream operations. Last week, the company announced that it will no longer continue its joint gas exploration program with Canada's Valeura in the Thrace region in northwestern Turkey.

The EMRA also noted that there has been idle import capacity on the Strandja 1-Malkoçlar Natural Gas Import Entry Point, a pressure reducing and metering station, which provides a two-way flow of gas after energy companies started to use the TurkStream natural gas pipeline to export natural gas to Europe.

Officials said Turkey's goal of becoming a regional energy trade hub will largely be realized after the technical and legal issues have been resolved to utilize the idle import capacity at its interconnection points.

Turkey aims to become a natural gas trading hub in its region and to that end, the country is expanding its pipeline network and the number of its liquefied natural gas (LNG) regasification facilities.

The TurkStream project, which started the commercial transfer of Russian gas to Turkey and Europe on Jan. 1, will also provide new gas export options.

Inaugurated on Jan. 8 in Istanbul in a grand ceremony with the participation of President Recep Tayyip Erdoğan and Russian President Vladimir Putin, TurkStream is an export gas pipeline stretching from Russia to Turkey across the Black Sea through two strings, each with a capacity of 15.75 bcm of gas per year.

One of the strings is designed to bring Russian gas to the Turkish market directly, while the other transports gas out of Turkey and into Bulgaria. That suggests average flows into Turkey so far of 20 million cubic meters (mcm) per day, or 7.3 bcm on an annual basis, and 17 million cubic meters per day into Bulgaria, corresponding to 6.2 bcm per year. The pipeline is expected to replace the Trans Balkan Pipeline (TBP), which had been using Ukraine as a transit to supply gas to Turkey, Bulgaria and Southeast Europe.

TurkStream aims to expand the Bulgarian network and connect it to Serbia to transfer the Russian gas to the Serbia-Hungary border. It is estimated that the annual 25 bcm flowing through the TBP will drop, and up to 19 bcm per year will be removed from Ukrainian transit throughout 2020.

In December, the EMRA opened bookings for a 2.9 mcm daily import capacity for the Strandja 1-Malkoclar interconnection point and said it has received bids for February bookings from two companies that hold spot import pipeline licenses in Turkey. The regulator said it will continue open import capacity bookings for the upcoming months.

Experts and sector officials believe that Turkey has a unique advantage in instituting a gas trading hub due to the high demand node from European importers, the prospective for lucrative price competition, multiple suppliers and the country's geographical proximity to Southeast Europe and Central Europe.

Along with its advantages, experts also emphasize further steps to be taken, including more liberalization of the market by decreasing the import license share of the state-run Petroleum Pipeline Corporation (BOTAŞ), adding more storage capacity, negotiating contractual terms with the pipeline exporters and ensuring market transparency and predictability.