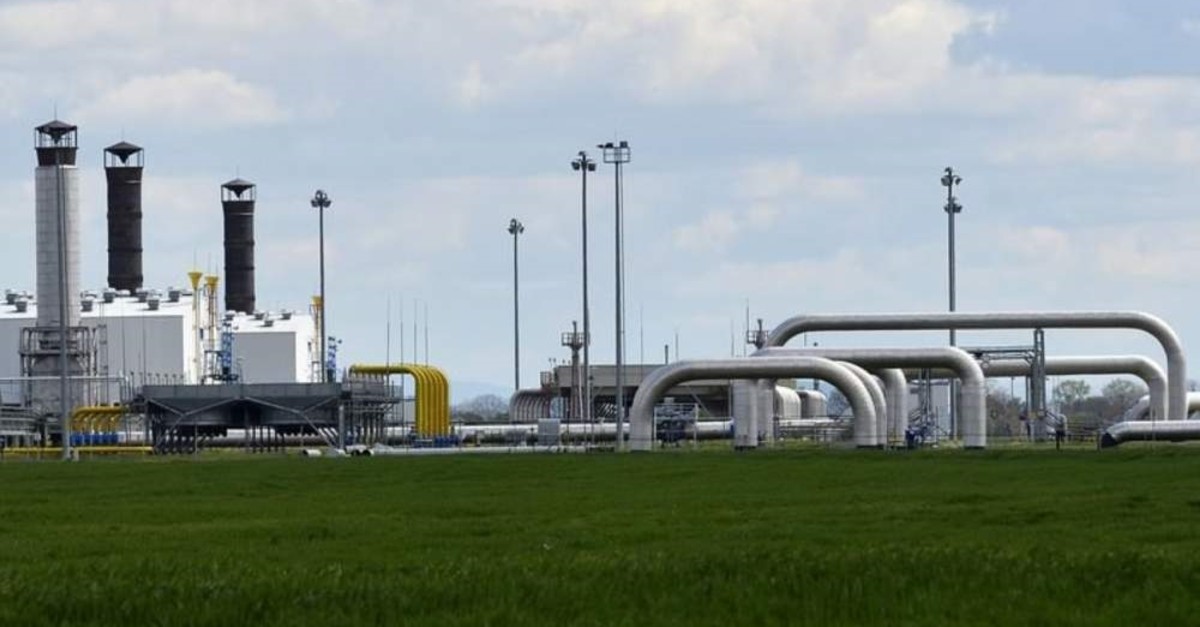 Pipelines are seen at a gas border delivery station of pipeline operator Eustream in the eastern Slovak town of Velke Kapusany, near the border with Ukraine, April 15, 2014. (Reuters Photo)
by Compiled from Wire Services Feb 15, 2020 4:03 pm

U.S. Secretary of State Mike Pompeo on Saturday said Washington pledged "up to $1 billion" to boost energy projects in eastern Europe as part of efforts to reduce reliance on Russian natural gas.

"The United States – through our International Development Finance Corporation, and with the support of the U.S. Congress – intends to provide up to $1 billion in financing to the Central and Eastern European countries of the Three Seas Initiative," Pompeo told the Munich Security Conference.

"Our aim is to galvanize private sector investment in their energy sectors."

The U.S. has long worried that Europe is getting too much of its energy from Russia, which makes the continent economically dependent upon Moscow. In a bid to hamstring the process, Washington has sought to use sanctions to prevent completion of the Nord Stream 2 project, which would bring gas from Russia to Germany.

"When Russia suggests Nord Stream 2 is purely a 'commercial endeavor,' consider the deprivations caused in the winters of 2006, 2008, 2009 or 2015," said Pompeo, referring to past instances in which Russia has turned off the flow of gas in an effort to get other countries – usually Ukraine – to cooperate with it.

Nord Stream 2 worries Eastern European nations like Poland, which argue that if the West relies too much on Russia, it will look the other way if Moscow tries to bully countries that used to be under the sway of the Soviet Union.