Clean energy generation receives TL 2.8B in incentives in January 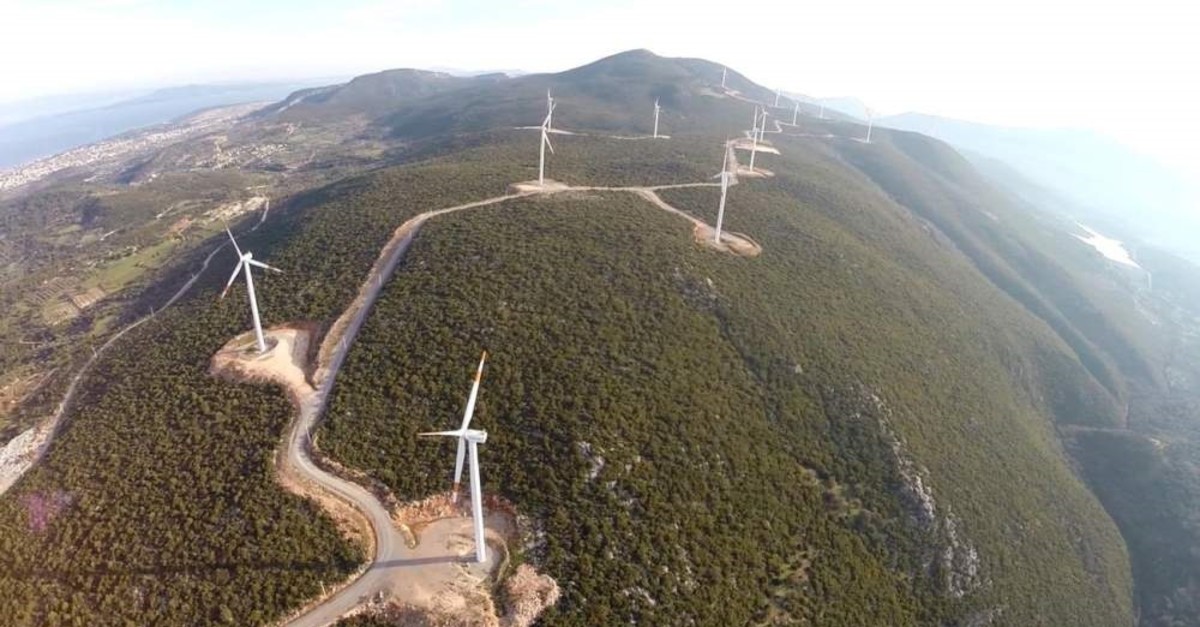 Turkey, which wants to fully utilize local and renewable energy sources to efficiently support its development, offers feed-in tariffs for renewable energy plants such as wind, hydropower, geothermal, biomass and solar through the YEKDEM scheme.

The scheme, which started in 2011, supports wind and hydropower plants for $0.073 per kilowatt-hour (kWh), geothermal facilities at $0.105 kWh, and solar and biomass plants at $0.133 kWh. These figures can also slightly vary depending on the use of locally produced equipment.

In January, 817 facilities with an installed capacity of 21,049 megawatts (MW) received financial backing under YEKDEM and produced 5.34 million megawatt-hours (MWh) of electricity.

In 2020, Turkey aims to generate 82.5 billion kWh of electricity with the help of YEKDEM.

In 2019, 777 facilities with an installed capacity of 20,921 MW received financial backing under YEKDEM and produced 76.67 million MWh of electricity.

Turkey's renewable energy capacity has registered a remarkable surge over the last decade, with a steady increase of 11% per year amid a 7% annual capacity rise in other fuels for power generation, Deputy Energy and Natural Resources Minister Alparslan Bayraktar said last week.

Turkey's installed power capacity was calculated at a total of 91,267 MW by the end of last year, while only around a decade ago, the country possessed only 15,500 MW in renewable capacity.

The installed capacity in renewables totals 45,000 MW, accounting for 49% of the total installed power, nearly half of it, Bayraktar said.

On the generation side, local and renewable resources, including solar, wind, geothermal, hydropower and bio-waste, generated more than 44% of the total power, according to the preliminary data compiled from the Ministry of Energy and Natural Resources. The total gross power generation was calculated at 303,674 billion kilowatts per hour.

The figures also translate into the fact that 60% of the added installed power capacity has come from renewables, Bayraktar noted. Thanks to this significant rise, Turkey now ranks sixth in Europe and 13th worldwide in terms of renewable capacity.