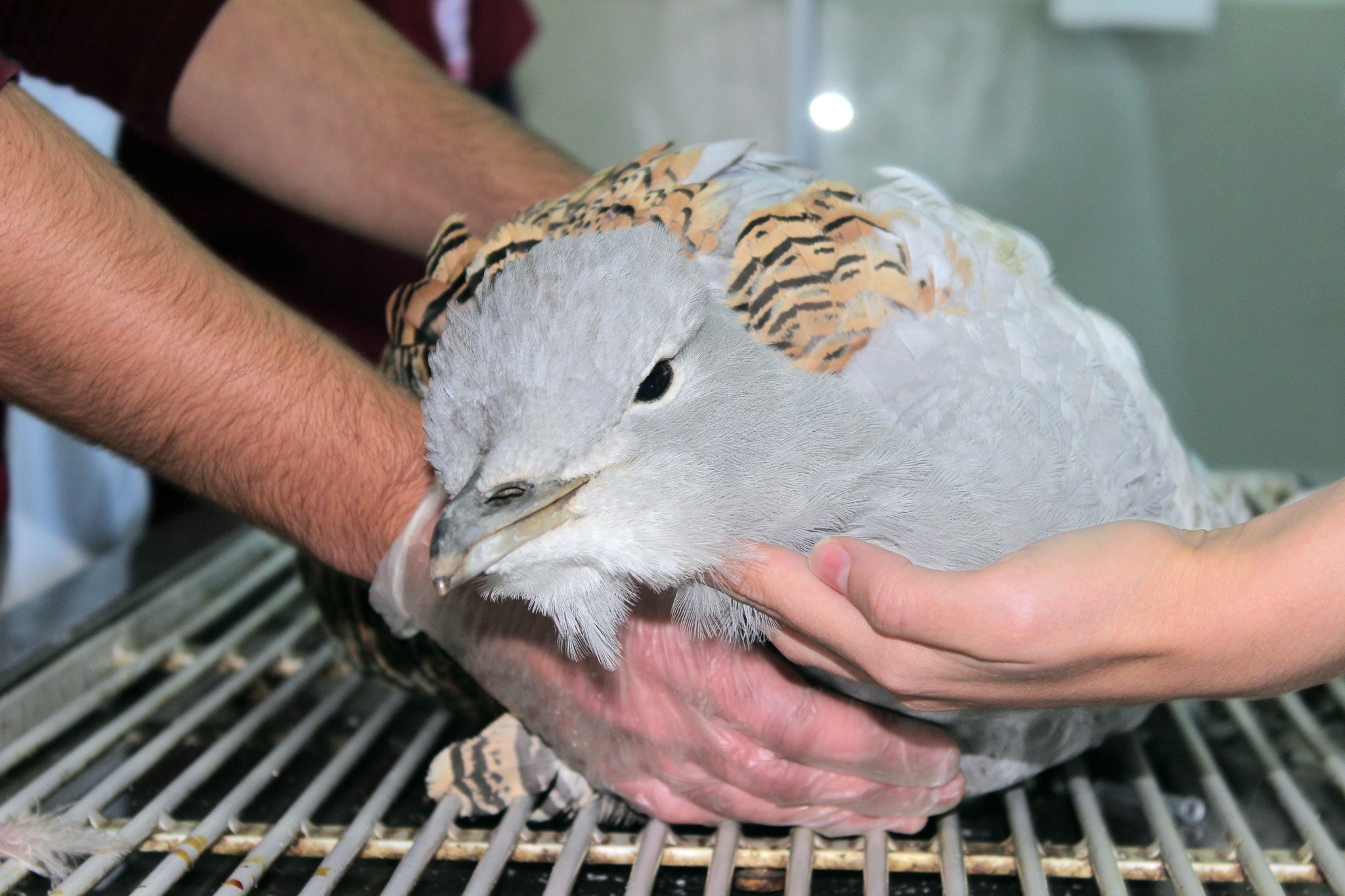 A great bustard (Otis tarda), which is the world's heaviest extant bird and faces extinction, was found wounded in the eastern Anatolian province of Tunceli on Monday.

The bird, which is rarely seen in Turkey, is a migratory bird that travels further south once winter comes.

Ali Haydar Gürsönmez, the chief of the Tunceli branch of Nature Conservation and National Parks Directorate, said that locals reported seeing the wounded bird near the village of Dorutay in the district of Pertek.

The bird was immediately taken to a veterinary facility and it was determined that the bird's right foot was fractured, Gürsönmez said, adding that it will be sent to the Elazığ Veterinary Faculty for proper treatment.

Stating that this was the first time the species was spotted in the province, Gürsönmez said that the bird will be recorded in the inventory for migratory birds.

Gürsönmez stated that the great bustard was among endangered species, and had a wing span of up to 260 cm.

The great bustard is the world's heaviest bird, along with the African Kori bustard, weighing around 16 kgs on average and ranging in length from 40 to 150 cm.

The great bustard has been classified as 'vulnerable' by the International Union for Conservation of Nature. The bird became instinct in Britain in 1832.

The bustard breeds in open grassland and farmland in southern and central Europe, especially in Spain and Portugal. The birds also live temperate Asia.