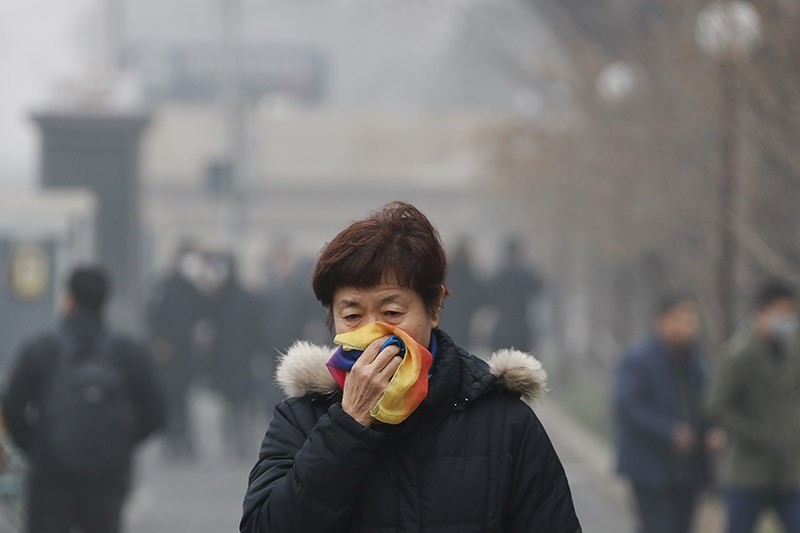 A woman uses a scarf to cover her mouth for protection against the air pollution as she walks on a street in Beijing, China in Dec. 2016. (AP file photo)
by Associated Press Jan 19, 2017 12:00 am

Part of the money will be used to close or upgrade more than 2,000 polluting factories, replace the use of coal with clean energy on the outskirts of the city and phase out 300,000 high-polluting older vehicles, the official Xinhua News Agency said, citing Beijing's acting mayor, Cai Qi.

Authorities are eager to bring about a visible improvement in China's bad air, especially in the high-profile capital and its surrounding areas. Beijing has suffered some particularly bad bouts of hazardous air in the past few weeks, causing it to order some factories to temporarily close and schoolchildren to stay at home.

China has made great efforts to reduce its dependence on coal and generate more power from cleaner sources of renewable energy. Directives made public this week from the National Energy Administration ordered the cancellation of around 100 planned coal-fired power plants across the country, the construction for some of which had already started.

On Wednesday, authorities launched an environmental police squad tasked with rooting out illegal burning in Beijing.