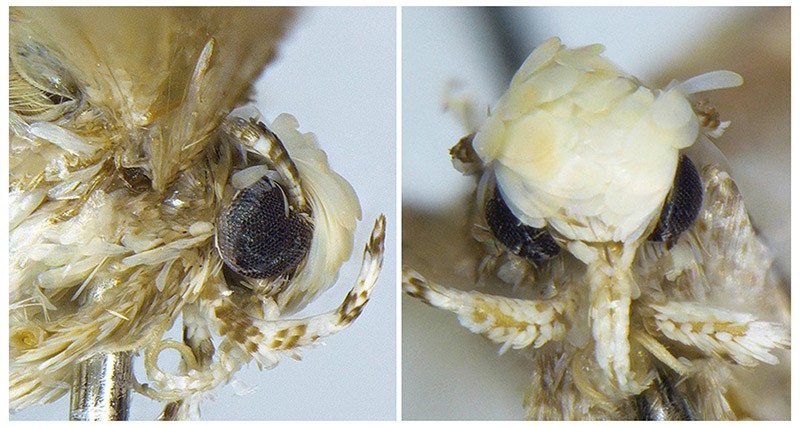 A small moth with a yellowish-white coif of scales, dubbed Neopalpa donaldtrumpi is seen in an undated combination photo provided by evolutionary biologist Vazrick Nazari. (Reuters Photo)
by Jan 21, 2017 12:00 am

A small moth with a yellowish-white coif of scales has been named after U.S. President Donald Trump, in honor of the former reality TV show host and real estate magnate's signature hairdo.

The new species, dubbed Neopalpa donaldtrumpi, lives in a habitat that spans southern California and Mexico's Baja California and was named by evolutionary biologist Vazrick Nazari in an article published in the scientific journal ZooKeys.

The moth, the second species of a genus of twirler moths, can be distinguished by the yellowish-white scales on the head of its adults, according to the journal.

"The specific epithet is selected because of the resemblance of the scales on the frons (head) of the moth to Mr. Trump's hairstyle," Nazari wrote in the article, which was published on Tuesday.

"The reason for this choice of name is to bring wider public attention to the need to continue protecting fragile habitats in the U.S. that still contain many undescribed species," he added.

Trump will not be the first president to have an animal named after him. Just last month, a fish native to the coral reefs of northwestern Hawaii was named after current U.S. President Barack Obama in honor of his efforts to protect the fish's habitat.